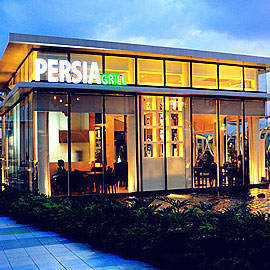 Check out the chow and <em>gimik</em> spots where celebrities shine behind the scenes.

Fame and fortune don’t last forever, but at least they give leverage. Today, celebrities are breaking stereotypes and entering different fields--their favorite besides politics? Business. SPOT.ph lists 10 celebrity-owned restaurants (in no particular order) that go beyond popularity and offer honest-to-goodness dining experience, and more. 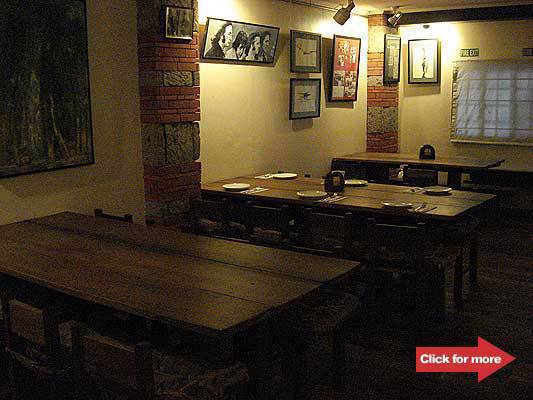 Big boss: "I love cooking. I love to bake. [Even as a child], I was the one sent to the market," Montano told SPOT.ph. When he was 10 years old, Montano would bake bread at his neighbor’s bakery in Sta. Ana, Manila: "I love the smell of the bread. Every time I go to Europe, I look forward to breakfast because of the bread and cheese, specifically sa Italy." His sister’s wedding in Italy gave him the idea to put up his own Italian restaurant, a project that he conceptualized himself. Montano believes that a restauranter should be hands-on, "kung hindi, walang mangyayari (if not, nothing will happen)." 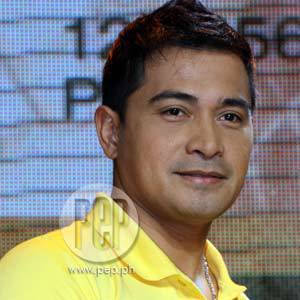 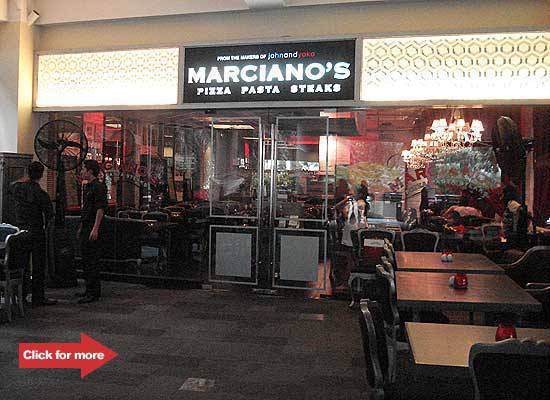 Big Boss: Agustin studied at the International School for Culinary Arts and Hotel Management. He also co-owns John and Yoko, Sumo Sam, Café Ten Titas, Mr. Kurosawa, and Oyster Boy. According to Lamosa, Agustin comes to the restaurant twice a month to check the quality of the food and the service of his staff. In an interview with PEP.ph last March, Agustin shared his idea on business success: "Make sure the quality of the food, ’yung service, talagang make sure you exceed expectations. Kaya ’yun, maganda din ang pasok ng blessings sa restaurant businesses namin (Make sure that the quality of your food and service exceeds expectations--this is why our restaurant business is going well)." 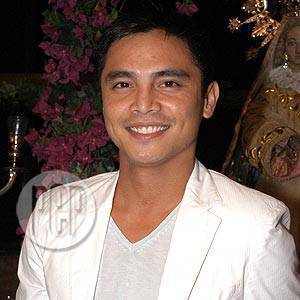 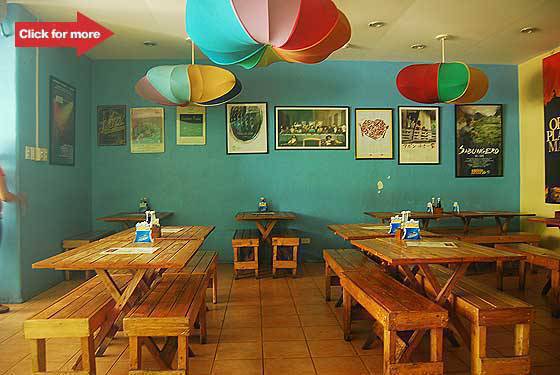 Celeb concept: Business has been booming for JT’s Manukan Grille since 2003. Currently, there are four branches serving hundreds of customers every day. The chicken inasal hotspot has a growing pool of regulars, thanks to the authentic Bacolod inasal recipes--marinated and grilled to perfection. Hottest item off the grill is the Pecho (chicken breast with wings) for P88.   Try drizzling some chicken oil to your rice and meat to add to the flavor while dining either inside or outside the cozy grill joint.

Stars spotted: Among the many stars that have visited JT’s Manukan are Gretchen Barretto, Richard Gomez and Lucy Torres-Gomez, Jake Cuenca, Kim Chiu, Gerald Anderson, and John Lloyd Cruz. Cess Drilon and other reporters from ABS-CBN also dine at JT’s Manukan Grille near the ABS-CBN compound. 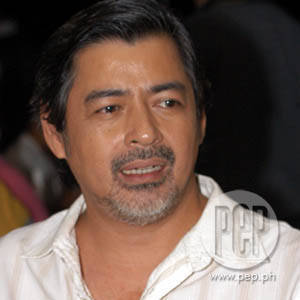 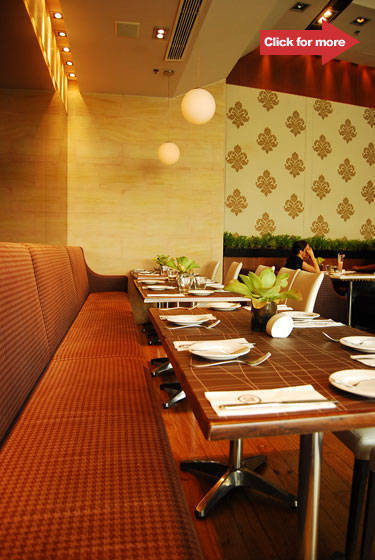 Celeb concept: Felix opened in 2003 at Greenbelt 5, Makati City. The setup is classy, a good pick to add to your list of fine dining restaurants. Among the bestsellers are Pasta Ala Jay (P495)--truffle cream with crispy Parma ham and Mactan (P695)--grilled prawns with dried scallops, chili, cucumber, radish, and XO sauce served with brown rice risotto and green asparagus.

Big boss: Felix is co-owned with other partners by celebrity couple Richard Gomez and Lucy Torres-Gomez. The two are known to be avid foodies, with Richard constantly experimenting with new dishes in their kitchen at home and cooking for friends, and Lucy, through her Philippine Star column "Love Lucy" writing about her latest food finds. Other owners are Chef Florabel Co-Yatco; Ben Chan and Virgilio and Nene Lim of Bench; and architect Miguel Pastor. When asked about her first business venture, the Leyte 4th District Representative humbly told PEP.ph, "Naku, maliit lang naman ang amin dito (We only have a small share of the business )." 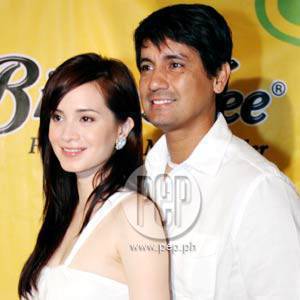 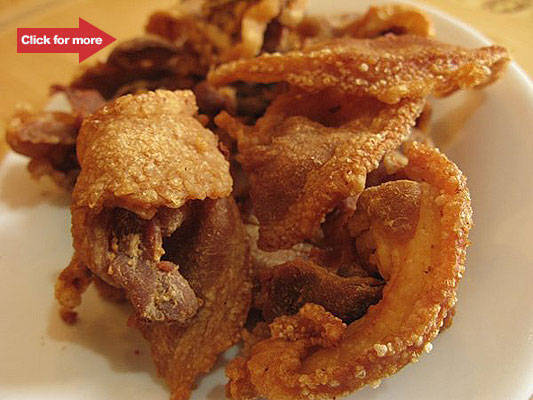 Celeb concept: PenPen is a joint business venture of Ping Medina and his mother Chupsie Medina. According to the indie film actor, the Crispy Liempo (P125) is a big hit among customers: "People go here and if they find out there’s no more Crispy Liempo, they go out." He also recommends the Baked Bangus (P120)--baked bangus belly with a cheesy layer on top. The Bicol Express (P100) and Tinapa Flakes (P120) are also customer favorites. There’s also Pasta-All-You-Can every Friday and Saturday (P280 per person, P265 per person for groups of four) and the Movie Club every Tuesday at The Upstairs Bar.

Big boss: Medina told SPOT.ph the story behind PenPen: "My mom put it up first, about two to three years ago. I was looking for my first business venture. At first, I wanted to start a stall, and then I thought, ’Ah wait, my mom has a restaurant.’ I kind of had an idea of partnering with her." PenPen was originally conceptualized to offer everyday dishes, but when Medina got on board, the menu got revamped. "As we kept on looking at new dishes, we noticed that we venture on Filipino with a Filipino twist," he said. 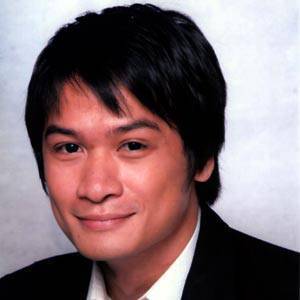 Celeb concept: The Sexy Chef is a food delivery service owned by singer Rachel Alejandro and her sister Barni. The Sexy Chef has diet programs like the Pounds Away program, a two-week program for P1,000 a day inclusive of breakfast, lunch, dinner, and two snacks from all three food groups, and the South Beach Premiere Package for P875 a day. Enrollment is done via phone and all payments are made upon delivery. The meals are placed in microwaveable containers and are delivered in thermal bags with ice pack a day before consumption to an agreed location. All enrollments require a two-day advance notice. The Sexy Chef has also partnered with Gold’s Gym for the Gold’s Gym Health Bars in Glorietta, Robinsons Galleria, and the BMW Bldg., Alabang. The Sexy Chef offers South Beach and Pounds Away Diet Bridal Package for brides.

Big boss: Singer-actress Rachel Alejandro told SPOT.ph, "I was the one who came up with the idea of putting up the business and was the initial investor. I would promote it on TV and do interviews for magazines. About a year ago, I became the marketing director when my family bought into the business. I was also the one who suggested that we have a calorie-controlled diet so my sister and US-certified nutritionist Nadine Tengco created one. It has become as popular as our South Beach diet program because it’s just as effective and Barni’s recipes are delicious. I’m extremely proud that my sister Barni has found her calling and at the same time we help a lot of people not just achieve their fitness goals but have a better quality of life." 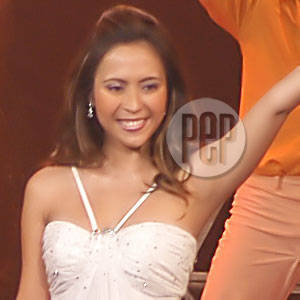 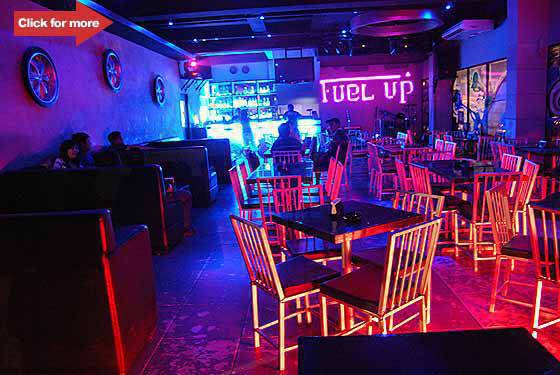 Inside Fuel Up Bar & KTV. Click for more photos.

Celeb concept: Fuel Up, inspired by actress Angel Locsin’s interest in cars, opened in April 23. Partygoers can feel the masculine vibe with the car-inspired DJ’s station and the graffiti on walls. The place hosts live bands from Monday to Saturday and has a KTV on the sixth floor. Among the bestsellers are the signature drink Flaming Ferrari (P190), house specialty Flaming Chicken (P238 for half, P450 for whole), and all-time favorite Pork Sisig (P198).

Big boss: Even though Locsin has other business partners, she’s hands-on with the business. According to Locsin’s sister Angela Colmenares, the actress visits the bar during her free time. She told SPOT.ph, "Minsan ’di lang siya basta pumupunta, nagba-bartender din siya (Sometimes, Angel doesn’t just come to visit, she also works the bar)." Colmenares added that her sister also prepares pica-pica in the kitchen.

Stars spotted: A lot of Locsin’s celebrity friends have been spotted at Fuel Up like Parokya ni Edgar lead singer Chito Miranda, siblings Paolo and Bubbles Paraiso, siblings Maxene, Saab and Elmo Magalona, Ehra Madrigal, twins Felix and Dominic Roco, and Raymond Gutierrez. According to Colmenares, the Paraiso siblings and Maxene Magalona are among their regulars. Bubbles Paraiso even invented her own cocktail mix called Party Queen (P130). 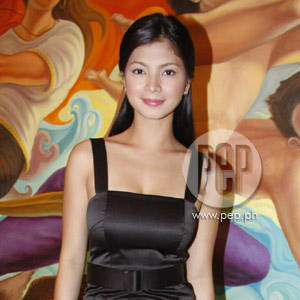 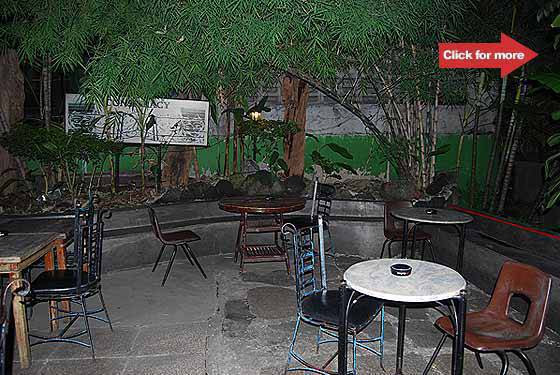 Celeb concept: The Conspiracy Garden Café history goes back to 2003 when six artists came together with the vision of providing a venue for alternative music--Gary Granada, Noel Cabangon, Cooky Chua, Joey Ayala, Bayang Barrios, and Cynthia Alexander. To keep the business going, the six artists invited more investors from celebrities to non-celebrities. The place then evolved from an alternative music hub to an open artspace featuring painters, writers, poets, and many more.

Big boss: In an interview with SPOT.ph, Noel Cabangon said that his main contribution would have to be his performances. The singer used to be a part of the management team along with the other five owners. Eventually, all six of them had to turn over the task to other investors who were more available for the job. According to co-owner and in-charge of operations Teresita de Quiros, Noel is among the regular performers. How does the artist manage to do it? "I keep my Wednesdays open so we will be able to draw in more income because it’s really hard to operate. We have a really big overhead," Cabangon told SPOT.ph. Though business is tough, the alternative music icon hopes that Conspiracy and its advocacy will continue. "We’re in our sixth year and we’re still struggling. Sometimes we just treat it as a hobby na lang para at least we can provide a little employment, we can provide venue for the artists. But I wish that we will be able to continue," said Cabangon. 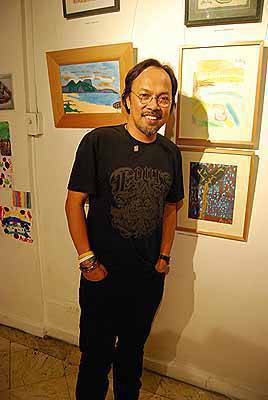 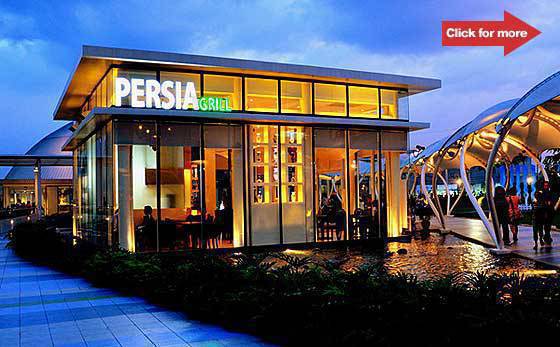 Big Boss: The Iranian-Filipino has always been into business. "In college, I made kebab sandwiches at home and placed them in my backpack to sell at school," Kazemi told SPOT.ph. The business-minded celebrity studied Hotel Restaurant Institution Management (HRIM) at De La Sale-College of Saint Benilde in Taft Avenue, Malate, Manila. After his on-the-job training for a five-star hotel, Kazemi told his parents that he would like to be his own boss. Thus, Persia Grill was born. The entrepreneurial spirit runs in the family according to Kazemi. "I have the businessman mindset since it’s in the blood, thanks to my masters/creators and best friends--my parents," he said. Despite his showbiz commitments, Kazemi stays hands-on with the business: "Persia Grill is our baby. I am hands-on with the restaurant. Usually, I would help with the brainstorming and product development. I make sure all branches are doing great. If a branch needs assistance, I would visit and see what I can do to improve the system." 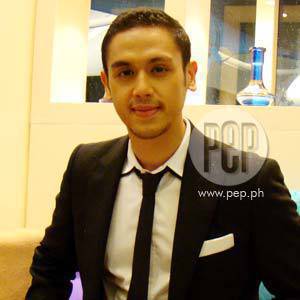 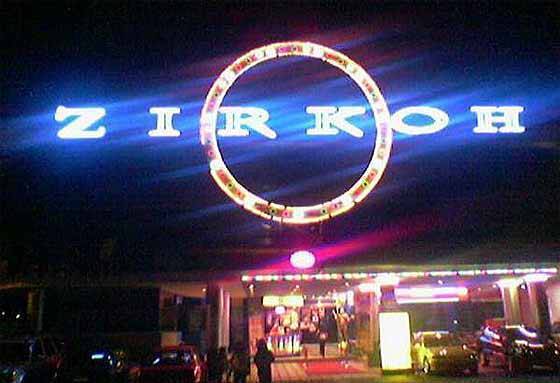 Celeb Concept: Zirkoh Comedy and Music Bar has regular musicians and standup comedians aside from guest celebrities. From 9 p.m. to 12 midnight, in-house comedians take the limelight. Celebrity guest performers take the stage after. Among the bestsellers are the Nachos (P250), Mojos with Chicken (P425), and Margarita (P180).

Big Boss: Comedian-TV host Allan K. owns Zirkoh. He also owns Klownz Comedy Bar in Quezon City. In an interview with PEP.ph, the comedian said he hard time starting out: "Hirap ako kasi I started as a serious singer talaga... Napansin ko nagiging effective ako kapag nagkukwento ako ng masaya. Mas nag-e-enjoy ang tao at mas nakikinig at nagpapalakpakan pa kapag natuwa (I had a hard time starting out because I was really a serious singer...I realized I was effective in telling funny stories and the people loved it)." And he was right. Today, his comedy bars continue to attract guests who want to have a good time. 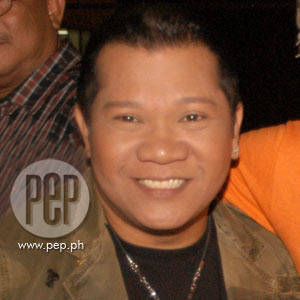 Celebrity-owned Restaurants Jt’s Manukan Conspiracybar Felix Zirkoh Penpen Marciano Sexychef Bellissimo Persiagrill Fuelupbarandktv
Your Guide to Thriving in This Strange New World
Staying
In? What to watch, what to eat, and where to shop from home
OR
Heading
Out? What you need to know to stay safe when heading out