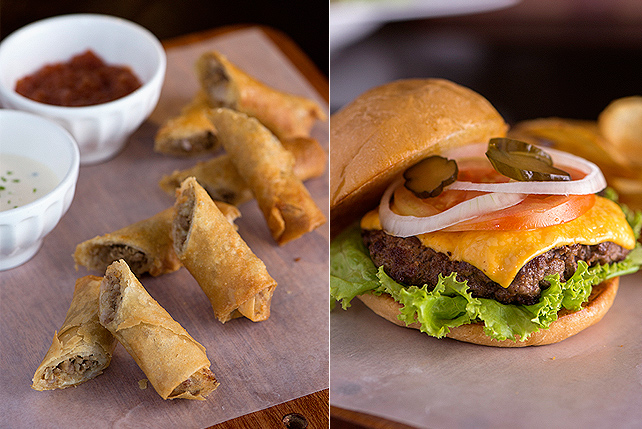 Here is a place where you can be a burger scientist. 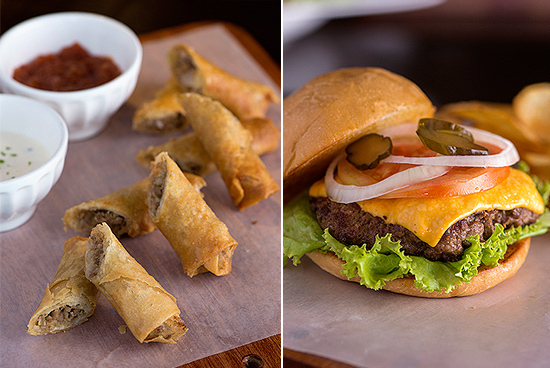 (SPOT.ph) You see all these folks using liquid nitrogen to come up with the most incredible "smoking" ice cream, and you wonder how food and science could be so entertaining. But it's not just limited to frozen treats. Build-your-own concepts and table-side prepping that borders on showmanship are a current hit in dining du jour, and recently opened The Burger Lab offers both.

It's a thrilling task to have a checklist of ingredients and be able to come up with your own burger design, but this wasn’t always how co-owners Sho Isomura and Rommel Gutierrez envisioned their restaurant. The dream was to put up a bar—drinking and going out having always been their bonding activity of choice. Burgers became the logical evolution of that initial plan. “They’re a great match for beers,” they say. Indeed, The Burger Lab has more than enough alcohol available. 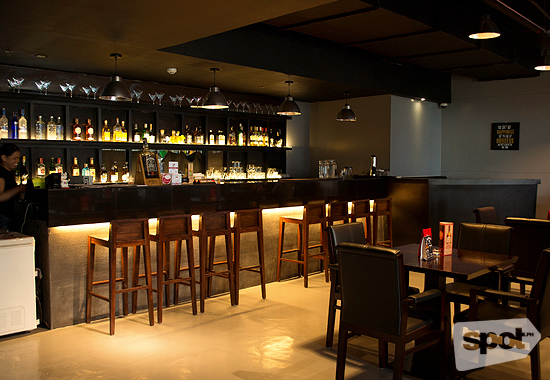 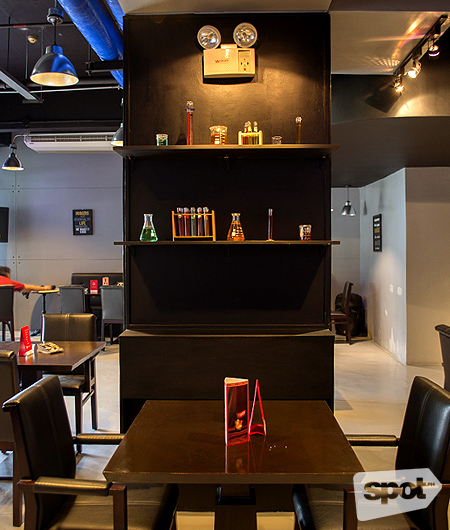 Sho and Rommel venture into the concept of chemistry

It's a friendly and laidback setting. The burger puns on the wall break the ice, but what catches attention the most is a nook off the corner adorned with beakers and test tubes (all filled with faux chemicals). The lab references don't end there, though. Get the Build Your Own Burger (P220), with homemade sauces that come in syringes.

Signature gourmet burgers are also on hand for those who just want a fuss-free meal.

Sho and Rommel highlight their sauces over anything. The pair makes them from scratch and they experiment in their free time. Exhibit A: The Cardiac Burger (P360), which features dripping cheese sauce stacked in between a glorious (and shameless) guilt-ridden affair of layers and layers of greasy filling (spoiler alert: It just might give you a minor heart attack). 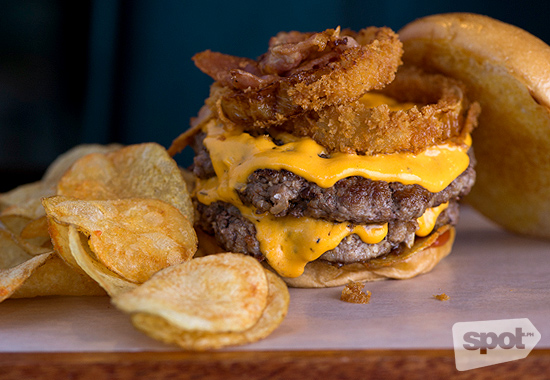 The Cardiac Burger will have you saying, “What diet?” 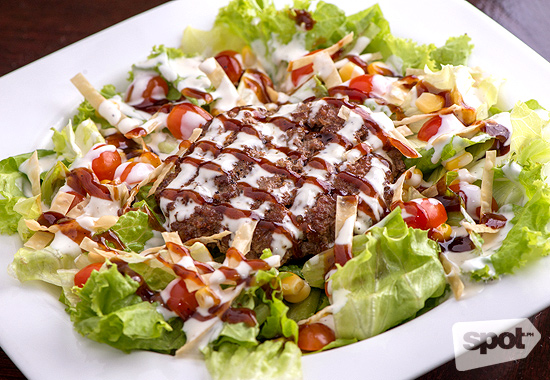 Calm your heart with a Burger Salad (P210) 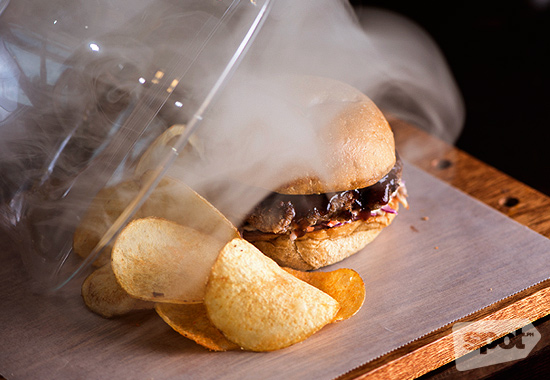 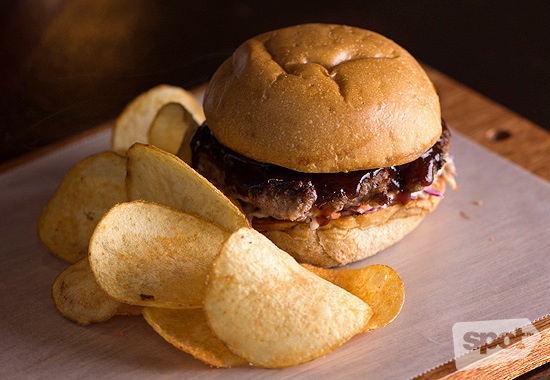 The Burger Lab’s creation that gathers the most buzz is The Smoked Gun Burger (P270), which mysteriously arrives as a smoke-filled dome. Lift the lid to let a delicious, earthy aroma escape and the smoke dissipates to reveal a burger that doesn't look too unusual despite the showy opening number. One bite confirms that the earlier flamboyance isn't just for show. The smoke integrates the flavor of wood chips into the brioche bun, patty, and even the potato chips on the side. Slap on some of the glazed barbecue sauce for extra feisty heat and added succulence. The blend of strong and luscious tastes leaves a lasting impression on the palate. 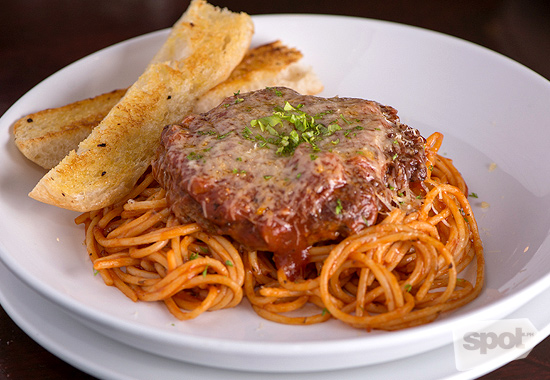 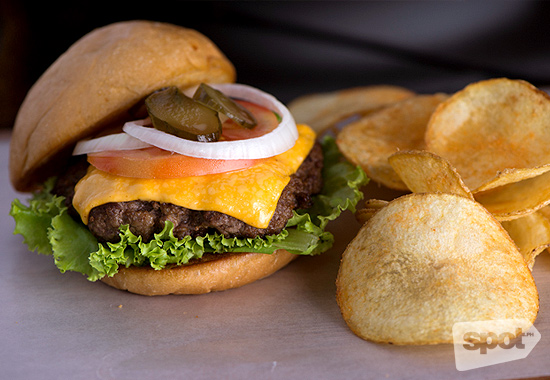 Stripped down of the owners’ usual flair for their ready-made specialties is The Sad Burger (P180)—a satirical take on a "regular" sandwich. It’s anything but depressing, though. This back-to-basics burger flaunts a patty made with short rib, chuck, and beef fat. The juiciness doesn't disappoint but Sho and Rommel share that they'll be revising their patties later to add more flavor. 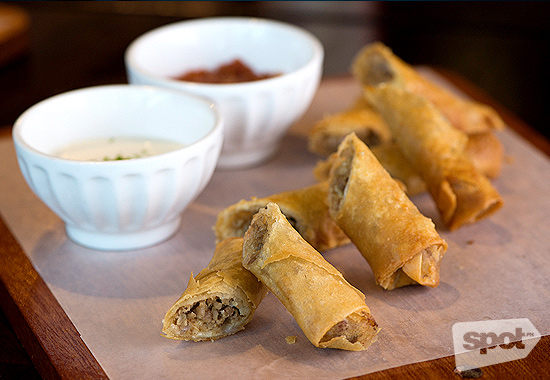 Word of caution: The Nacho Sticks are addictive 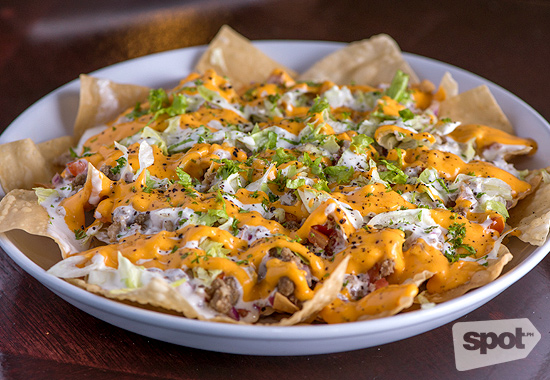 At first glance, the Nachos Sticks (P150) look like lumpiang shanghai—which they are, actually. But the filling is a load of everything good in the Mexican snack. Don’t forget to dip them in the salsa or cream cheese—more of Sho and Rommel’s sauce game. There's the more traditional Burger Lab Nachos (P160), too, which are just as habit-forming. 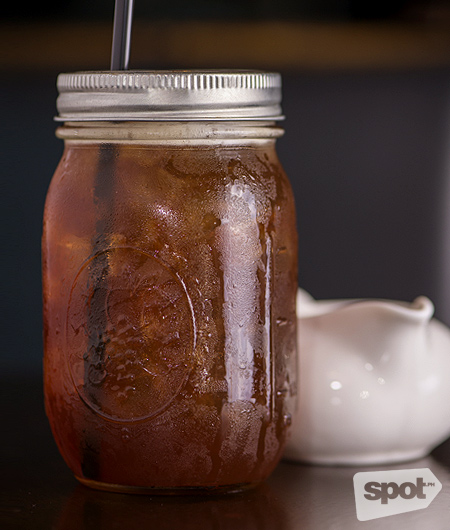 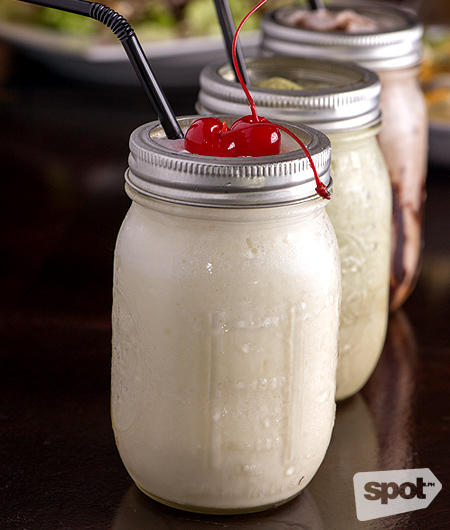 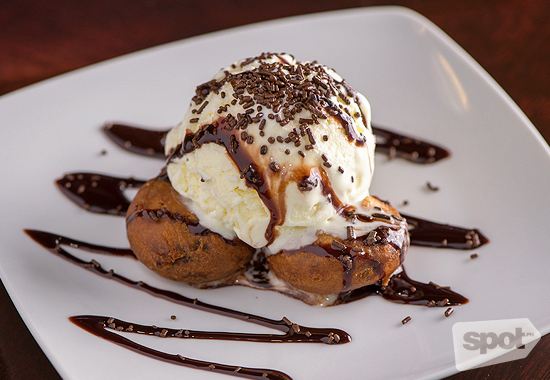 The Burger Lab's dedication to letting the customers “build their own” even extends to the iced tea (P50)—the sweetener comes separately, which is unusual in this kind of casual setup. The milkshakes come in refreshing timeless classics like Chocolate (P120) and Vanilla (P120), as well as the latest craze, Matcha (P120).

One of the posters on the wall reads, “Burgers are essential to life. Therefore, we make it good.” The Burger Lab makes it fun, too.

Moa Complex The Burger Lab
Your Guide to Thriving in This Strange New World
Staying
In? What to watch, what to eat, and where to shop from home
OR
Heading
Out? What you need to know to stay safe when heading out