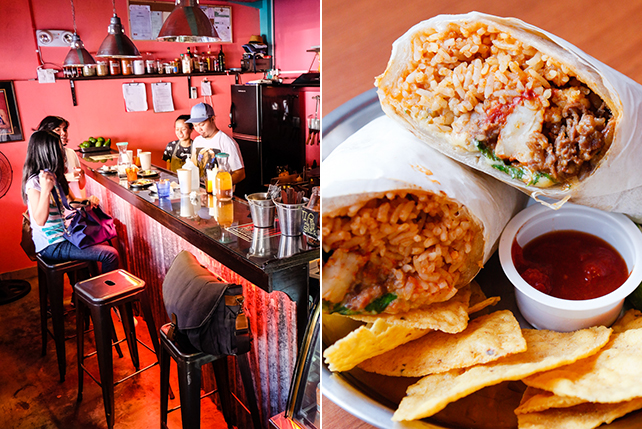 Finally, delicious tacos in the South 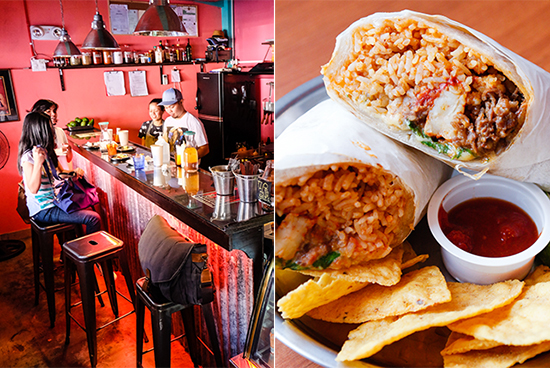 (SPOT.ph) If you’re a regular around the BF-Aguirre area, then you might have noticed a new addition to this ever-growing food street. Drive-by Taco Shop is not that hard to find. The words “TACO SHOP” are painted in big, bold yellow letters across a bright orange wall. Inside, you’ll find a narrow space that’s part-kitchen, part-bar, part-dining area. Customers are immediately greeted by the amiable staff as well as the warm, delicious aroma of Mexican food wafting from nearby. 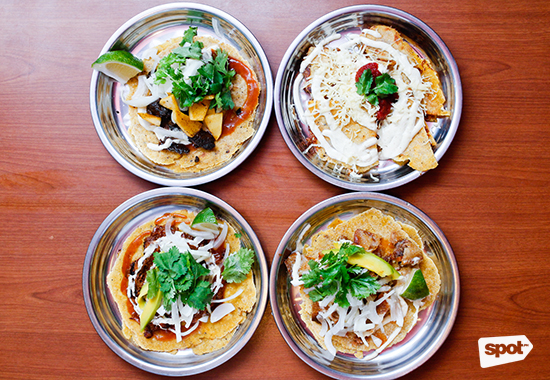 Owned by culinary school grads Mikey San Miguel and Mai de Guzman, Drive-by Taco Shop was initially conceptualized as a food truck. The couple was eating Mexican after work when the idea came about. Budget constraints nixed the truck idea, and after briefly considering a stall at food bazaars, the two finally settled on setting up a small restaurant.

Mikey called up friends to scout locations, while Mai brought in construction scraps from home to help decorate their tiny space. On July 21, merely three to four months after that random dinner date, Drive-by Taco Shop was born. 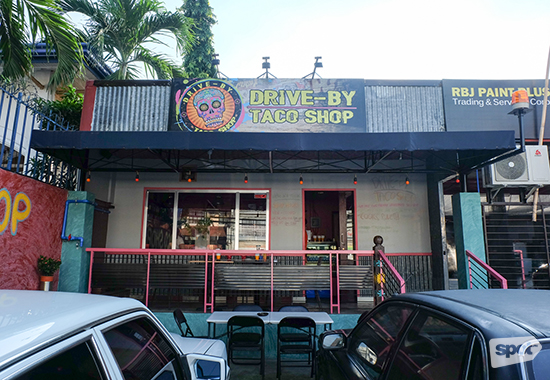 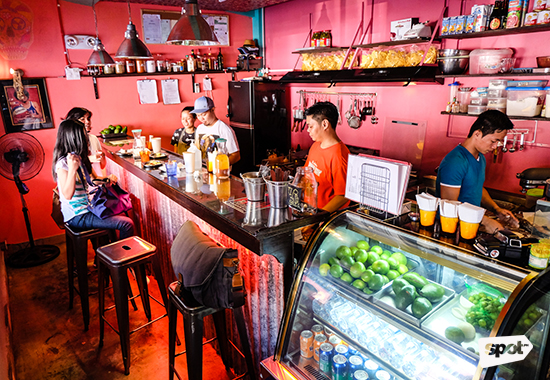 Once the crowd starts, it doesn't stop.

The owners envisioned a taqueria that would serve authentic street tacos. People might be more used to the commercially available hard shell or Tex-Mex tacos, but the duo wanted to showcase something different. When the dust settles, Drive-by also hopes to evolve their menu into more experimental fare, toying with the ideas like a Korean-inspired taco.

Mai, an avid baker, developed the Drive-by taco tortilla herself. It's a fresh, thick, and chewy cornmeal-based concoction (just like masa) that is just as tasty as the filling inside. She also created the special flour wrap for the burritos, and, if she has the time, bakes Mango Muscovado Cheesecake as a featured dessert for the restaurant. 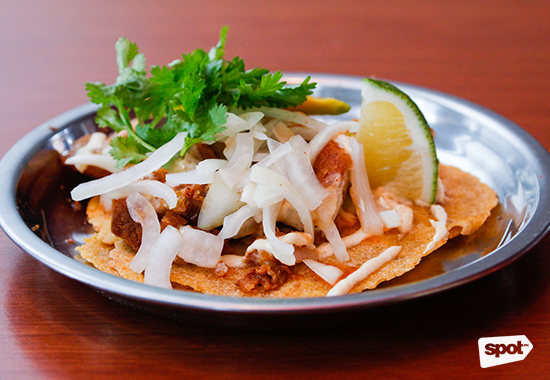 The Chicharones Taco (P125) has been a big hit so far. Served in either a fried or soft corn tortilla, this pork belly taco is packed with all the goods—onions, avocado, cilantro, lime, sour cream, and Drive-by's special sauce. Each vegetable is markedly fresh, a testament to the fact that Mai and Mikey would shop for ingredients every morning before they open the kitchen at 2 p.m. 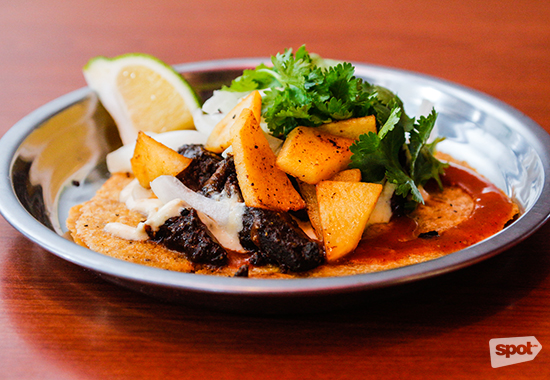 A potential house favorite is the Marv’s Goat Taco (P140), which contains goat meat stewed in tomatoes, apples and cardamom. The savory taste of the meat is punctuated by the sweetness of apple, a good contrast of flavors. 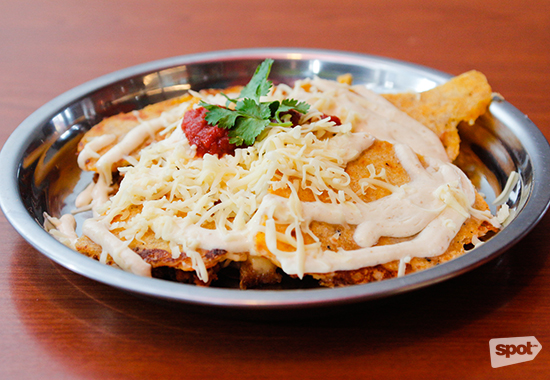 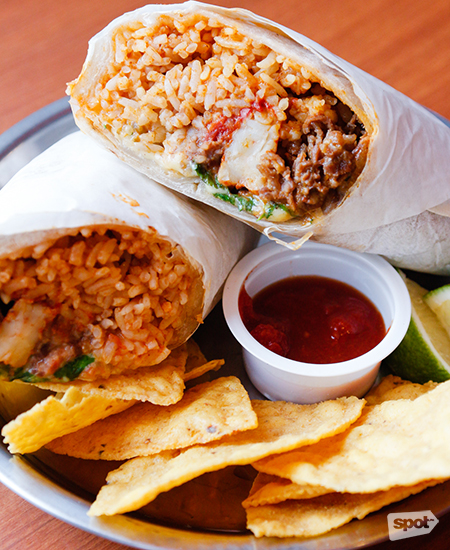 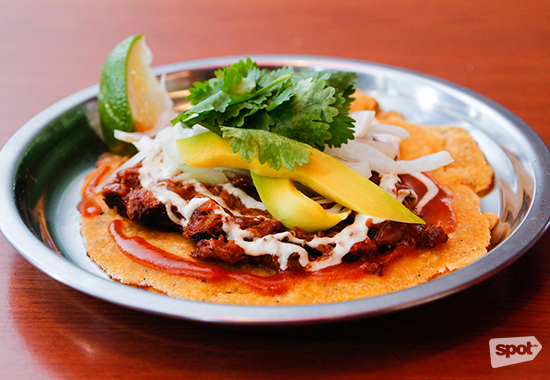 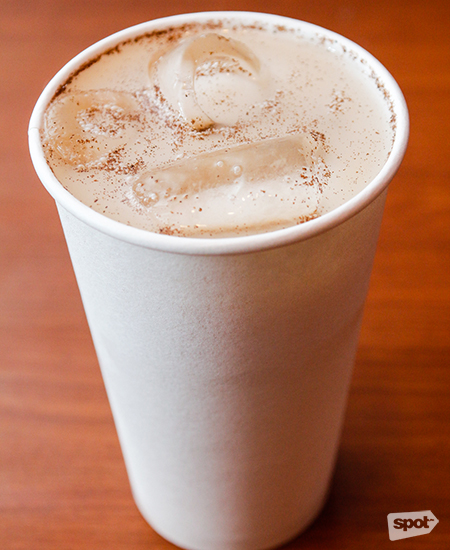 Finally, BF Aguirre has a legit Mexican food stop in Drive-by Taco Shop. But we're still excited about that Korean-inspired one.

Aguirre Drive-by Taco Shop Tacos
Your Guide to Thriving in This Strange New World
Staying
In? What to watch, what to eat, and where to shop from home
OR
Heading
Out? What you need to know to stay safe when heading out