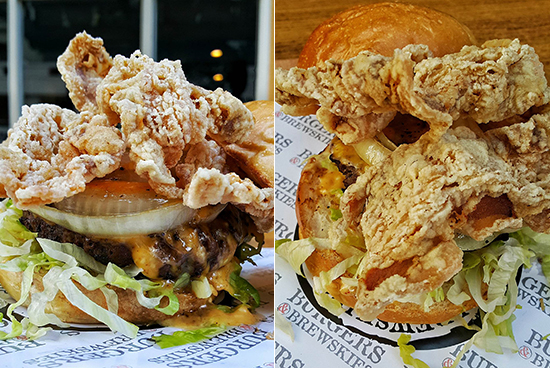 This bacon chicharon burger might kill you...but you would die happy

(SPOT.ph) In today's heart-stopping news, Burgers and Brewskies has come up with their craziest burger yet. The burger joint, which already boasts over-the-top fillings like onion rings and a block of mac and cheese, has just launched the Bacon Chicharon Burger (P275).

This sandwich of sin holds a third-pound 100% beef patty, roasted garlic aioli, the B&B cheese sauce, grilled onion rings, and their bacon chicharon, which has been upgraded from pulutan-slash-appetizer to burger bliss. We have two reactions: First, how the heck do you eat that? Second, at least the onions are grilled and not fried. 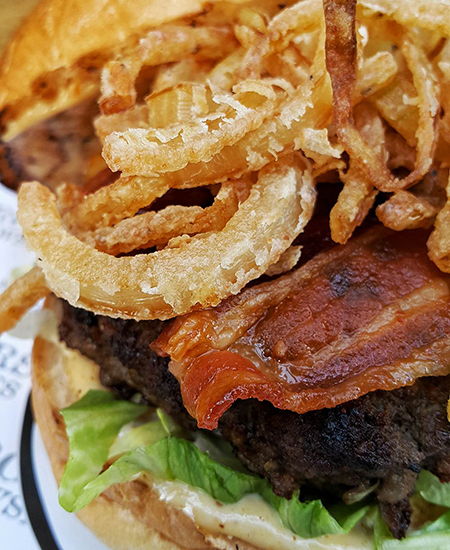 For days when you don't have a death wish when eating, Burgers & Brewskies has another new addition that's slightly lighter. It's called the Bleu Steel (P295). That same third-pound patty is stuffed with delicious blue cheese, then slathered with spiced mustard aioli, honey Sriracha bacon, and crispy onion strings. Now doesn't that seem relatively healthier?

Editor's Note: SPOT.ph was only recently informed that it will be available in both branches on February 1.

Chicharon Bacon Burgers And Brewskies
Your Guide to Thriving in This Strange New World
Staying
In? What to watch, what to eat, and where to shop from home
OR
Heading
Out? What you need to know to stay safe when heading out