This is what Mar Roxas ordered at Sweet Ecstasy 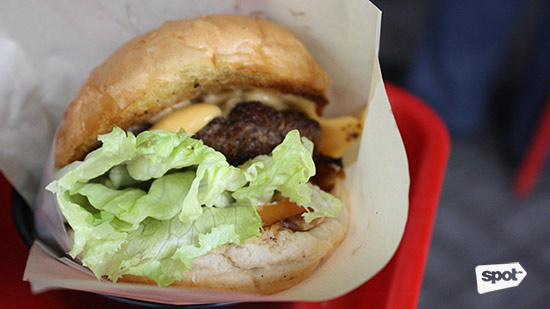 Co-owner Fran Tobias told us that the former Interior Secretary ordered around 50 cheeseburgers and some milkshakes and distributed them among his staff. Some of the students in the restaurant were also surprised to receive milkshakes on the house from the presidential aspirant.

Via a Twitter post, Mars Barrameda mentioned that she burst out crying after she hugged Mr. Roxas, who landed a distant second place to the Davao City Mayor. Mr. Roxas handed her a shake and said, "No, please don't cry. You'll make me cry." As the ex-senator made his rounds through his supporters, a lady went up to Mars' group with more frothy drinks. "Mar bought you these."

A cheeseburger at Sweet Ecstasy costs P195 each, while milkshakes start at P160.

According to Fran, a big group of Mr. Roxas' supporters had dropped by Sweet Ecstasy a few days before the elections.