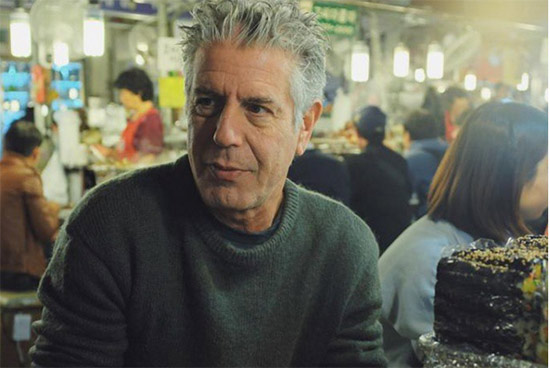 What Does It Take To Be Part of Anthony Bourdain's Food Market?

The celebrity chef is back in Manila!

(SPOT.ph) Perhaps one of the most anticipated highlights of World Street Food Congress was Anthony Bourdain's appearance at the WSFC Dialogue. After much secrecy, the chef finally appeared on the second day of the Dialogue, today, June 1.

The celebrity chef is actually in the Philippines not just to share his insights on street food and heritage cuisine, but also to scout for hawkers who'll join his planned Bourdain Market in New York City, a project he's been hinting at since 2015. During a brief Q&A at the Dialogue, Bourdain shared his criteria for potential tenants: "The determining factor for me is if a Singaporean grandmother and her hipster grandson come to this market and both immediately recognize it to not be bullsh*t.” The market, he adds, won’t be “the Disneyland version of hawkers” but rather, "the real deal."

Still, there is the question of what it means for food, especially street food, to be authentic or the "real deal". For Bourdain, heritage cuisine is mostly about evoking a strong emotional response. “At the end of the day you are looking to evoke a childlike response,” he shares. “That feeling of being breastfed or fed something you grew up with.”

A post shared by Makansutra Singapore (@makansutrasingapore) on Jun 1, 2017 at 1:20am PDT

And so for Bourdain, while there is no question that diners nowadays crave authenticity, the answer to what authenticity is continues to be difficult to grasp. “For a Korean-American who grew up in East L.A., he (may have grown) up with real Korean food at home, maybe for breakfast or dinner, but for lunch he’s having hotdogs or tacos and Mexican food because he grew up in a largely Mexican-American neighborhood," explains Bourdain, "So if he creates some hybrid mutation […] that’s a reflection of a genuine childhood and a genuine culture.”

One thing’s for sure though: “I’m not serving some bogus chicken rice to New York because I’ll never be able to go back to Singapore again.”