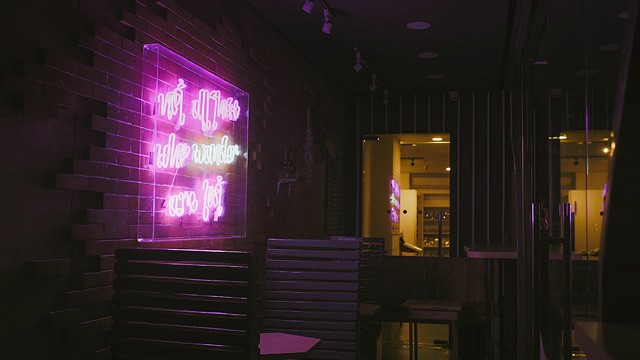 We Found Another Poblacion Spot for Your Neon-Lights Obsession 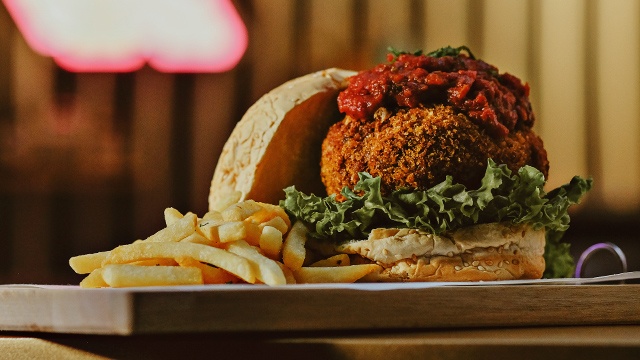 (SPOT.ph) Bars come and go, and even the places with the most sentimental value can disappear over time. There's a lot of other fish in the sea, though, and that's what Bohemia Café and Tap House is out to prove. 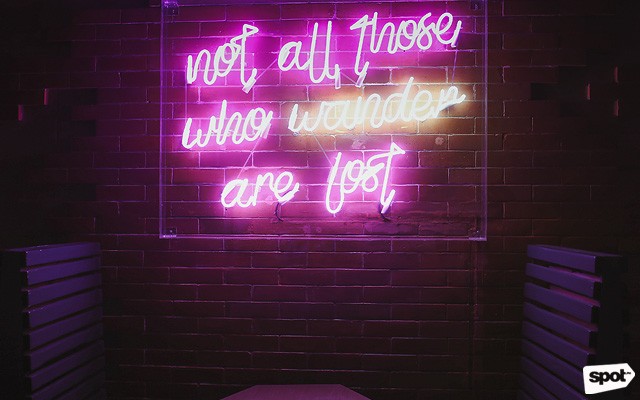 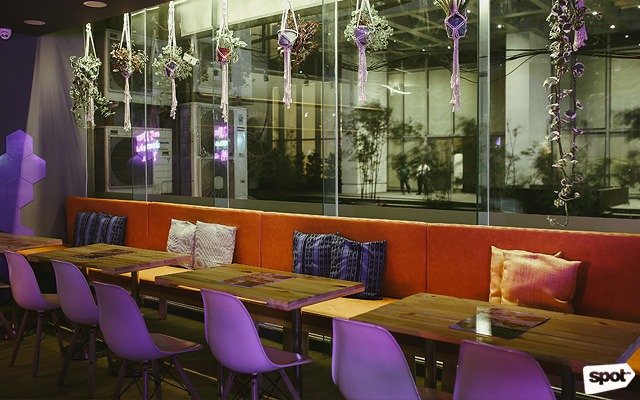 From the lighting to the interior design to the menu, this new Poblacion haunt takes what you know about bars and tweaks it without any set direction—and that's exactly how owner Hazel Que hopes to live her life.

“The whole point of [bohemia as a lifestyle] is to not subscribe to convention,” she says, “And I can't deal with anything pretentious. I had the space, [saw a gap in the market], and I did what I wanted with that.” 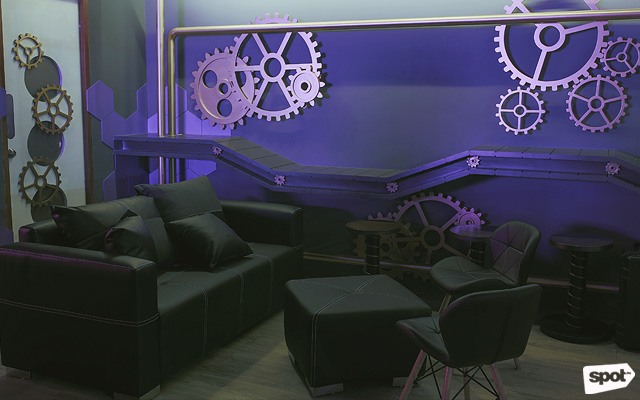 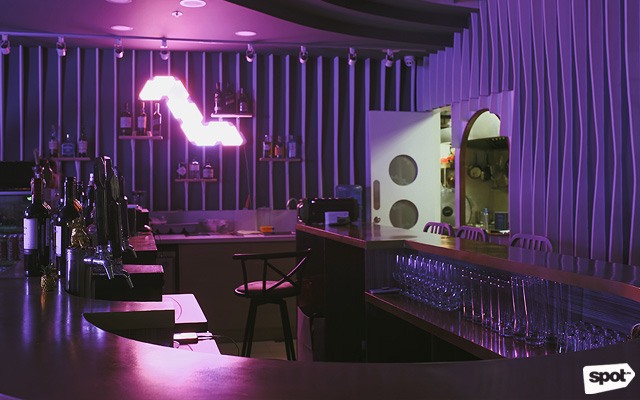 You won't find Bohemian girls in corsets swinging from the ceiling a la Moulin Rouge or Ewan McGregor in the middle of losing his mind post-absinthe, but don't let that put you off. With a fish-and-veggie-centric food selection and Nipa Brew on tap, Bohemia is just brimming with potential. We'd even go so far as to say they're swimming in it. Not sorry. 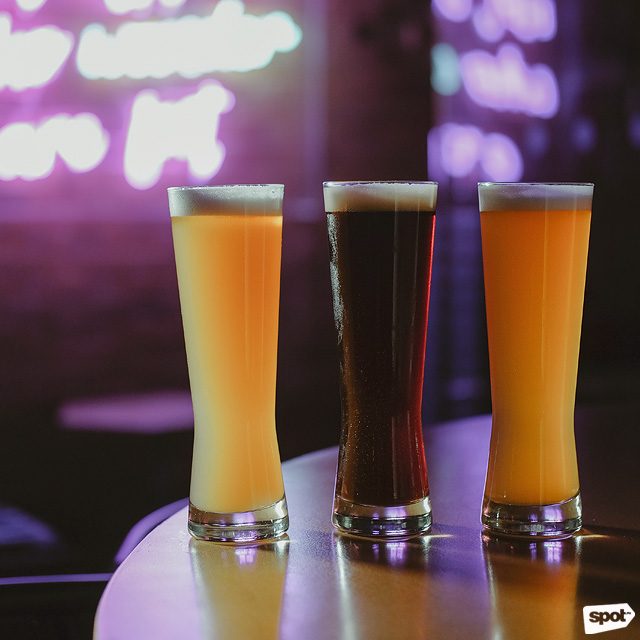 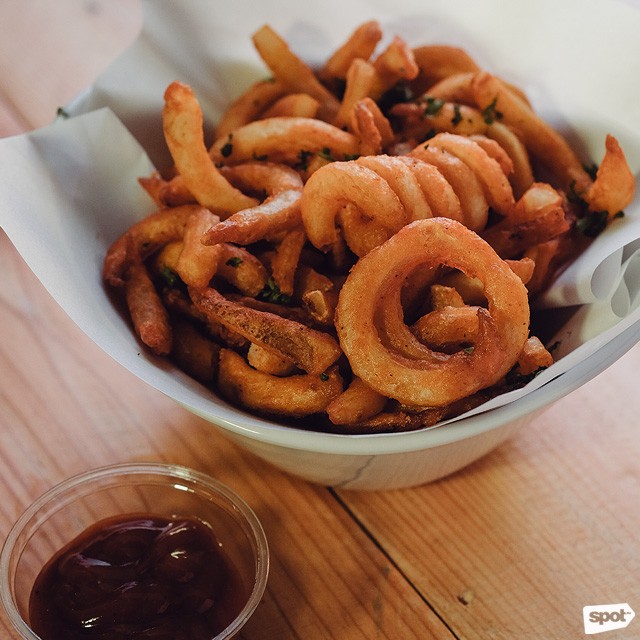 Start your night off right with the Twister Fries (P195) while you're still choosing what you actually want to eat. Don't even deny you'd do that. It may only happen once a year for certain fast-food establishments, but you never know when you need that spherical, crispy fix. We love this with the Tropic Haze (P160/330ml), which cuts through the mild grease with a hint of citrus and a smudge of sweetness. 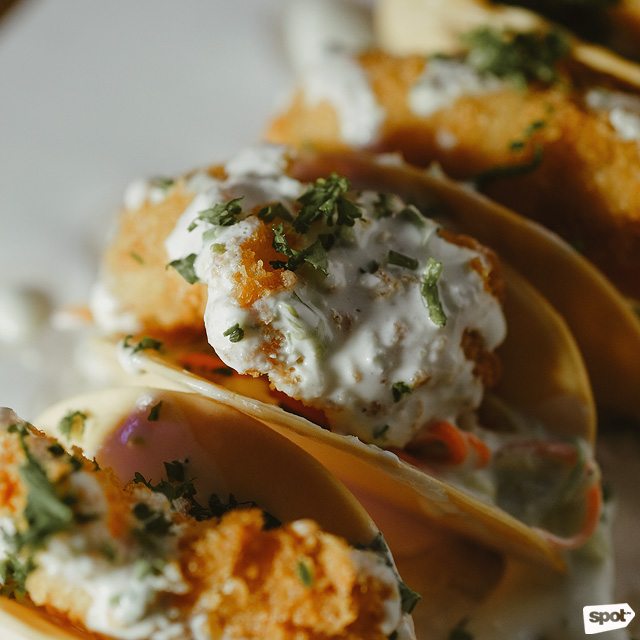 The Crispy Fish Tacos (P195) have a satisfying bite, as the name promises. With a fresh, subtle sauce and a cushion of Asian slaw, it's hard to tell this bit of bar chow from some kind of garden party hors d’oeuvre—and we're not complaining. 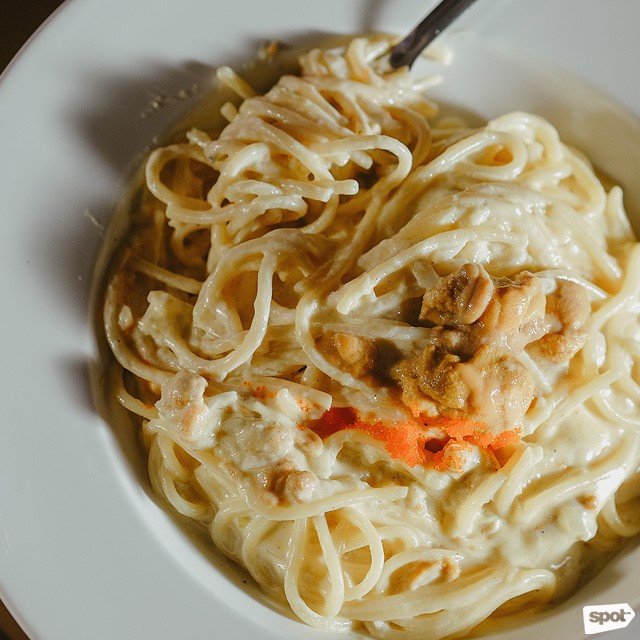 When the carbonara craving is strong, the Uni Cream Pasta (P265) will definitely scratch that itch. Nothing fishy about this plate—just a different way to fill that pasta void. Supplement it with Nipa Brew’s Drop Zone (P160/330ml) to mirror the heft of the dish without the added bulk a sweeter beer might give off. 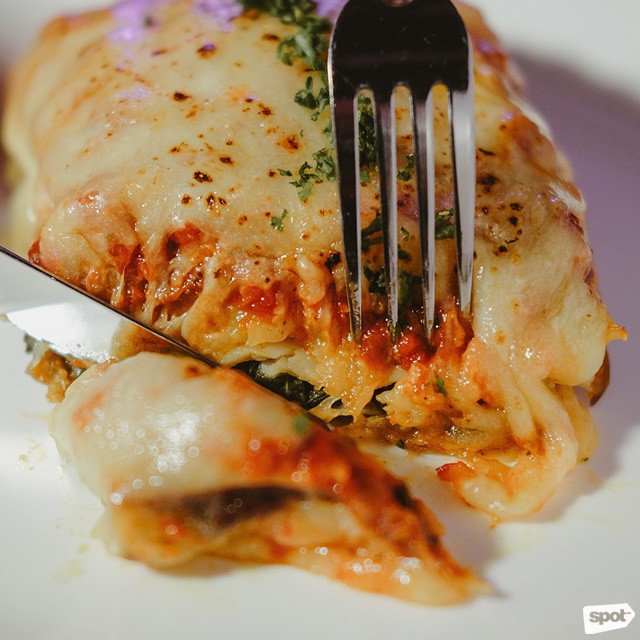 But if you want something a little heartier, look no further than the Pumpkin and Spinach Lasagna (P235). You'll barely miss the meat for how savory and comforting this is. There's virtually nothing wrong with it—there's an almost cinnamon-y quality to it, but it just adds to the I-wish-I-was-in-sweatpants-right-now feeling you'll get when you take a bite. 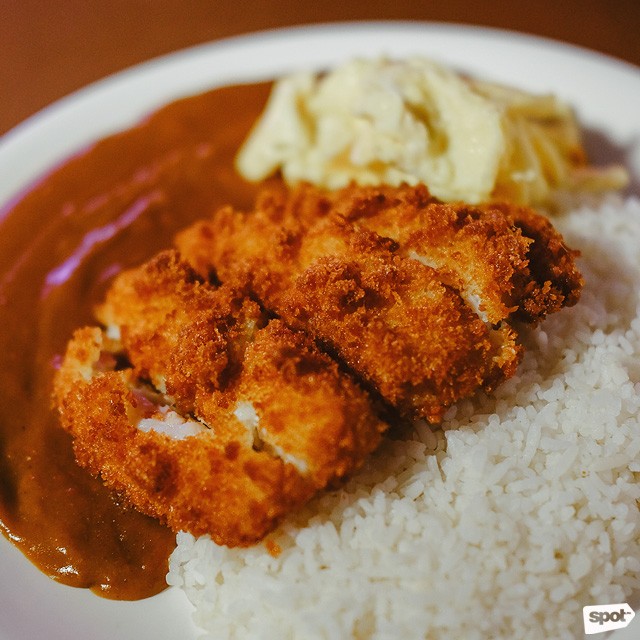 Those of us who just require rice at all times will be glad to know that they have options here, too! The Fish Katsu Curry Rice’s (P220) sauce isn't as robust as you'd normally expect from katsu curry but it still hits the spot. We would say that this, plus the Radler (off-menu, gasp!) are pretty hard to beat, but this mix of Tropic Haze, Fizzo (P215/330ml), and a little something extra could go with just about anything. 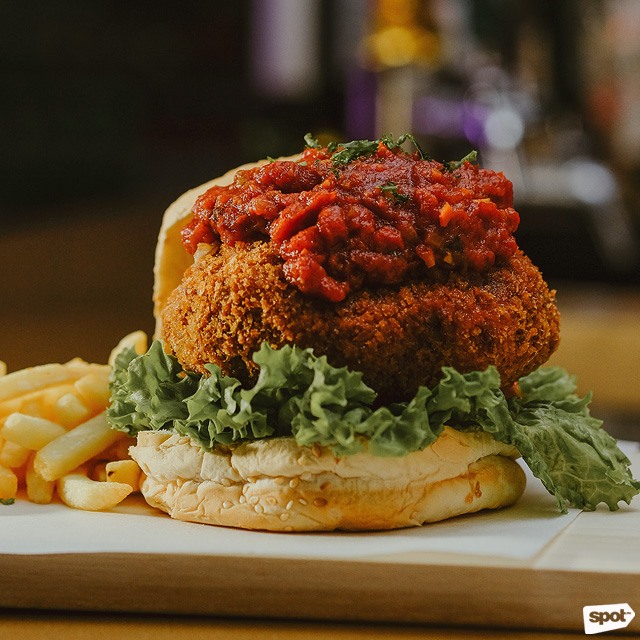 However, the Portobello Mozza Burger (P320) is the real star of the show. Meatless but mighty, this mammoth of a veggie burger kind of makes you wish you could have it all the time. The marinara on top doesn't mask its flavor enough to hide it, but it is enough to wipe those carnivorous thoughts from your mind. Yes. It is that good. 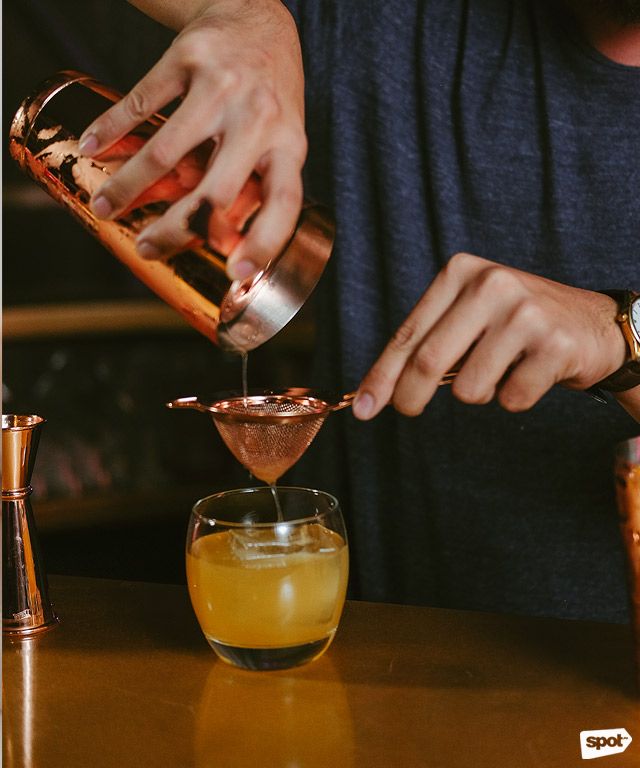 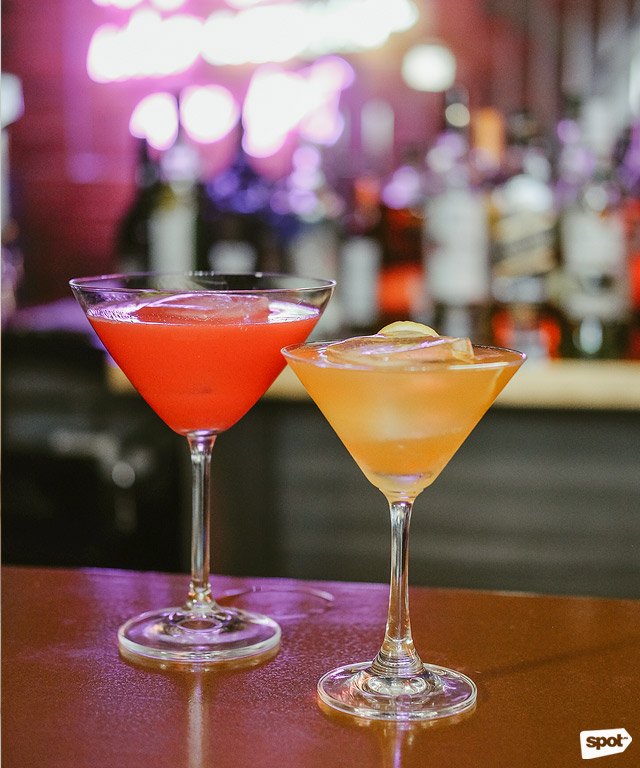 If you’re feeling fancy, the La Vie Boheme (P485) is a citrusy, bourbon-based glass of sunshine that really deserves its place as the house special. But for those nights when the remnants of bad decisions past just won't leave you be, you can order what we're calling the coral-hued Hulk—but they called it the Strawberry Basil Smash (P300). Drink it deep, drink it angry.

Whether starting a pub crawl in Poblacion or ending one—or if you just need a place to wait out the traffic and get your dinner over and done with—Bohemia isn't just a fallacy in your head.

Makati Poblacion Nipa Brew Craft Beer Bohemia
Your Guide to Thriving in This Strange New World
Staying
In? What to watch, what to eat, and where to shop from home
OR
Heading
Out? What you need to know to stay safe when heading out