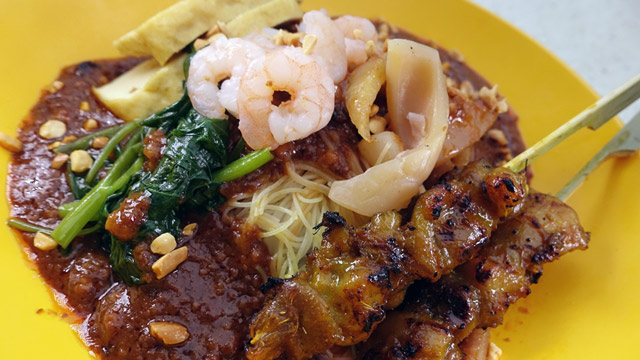 (SPOT.ph) After months of anticipation, World Street Food Congress is not pushing through once again in 2019, as announced on the event's official Facebook page.

This year's World Street Food Congress was set to be held in October 2019 at Bonifacio Global City. According to the organizers' official statement, the group has already "located and invited chefs, cooks, street food professionals and vendors [from] 14 countries. International speakers including top players and names in the game. Street food vendors with Michelin Stars and World Street Food Award winners have been lined up for it."

Department of Tourism Secretary Bernadette Romulo-Puyat, on the other hand, said this in a statement: "Contrary to some claims, there is no contract or even an MOU with World Street Food organizers. In other words, there was no project to cancel in the first place." She added, "The World Street Food Congress, a P47-million event featuring street food from countries besides the Philippines, was reviewed thoroughly in terms of its contribution to Philippine tourism, and TPB management has recommended to the Board to withhold participation in light of the project cost and return."

Though there is no specific explanation for the cancellation, the official statement includes an apology to "the scores of local and international food fans and entrepreneurs" who had signified interest in the event. Read the World Street Food Congress's official statement below:

UPDATE (May 15, 2019): This article has been updated following receipt of a statement from Department of Tourism Secretary Bernadette Romulo-Puyat, who clarified that there was no contract and therefore no project to cancel.