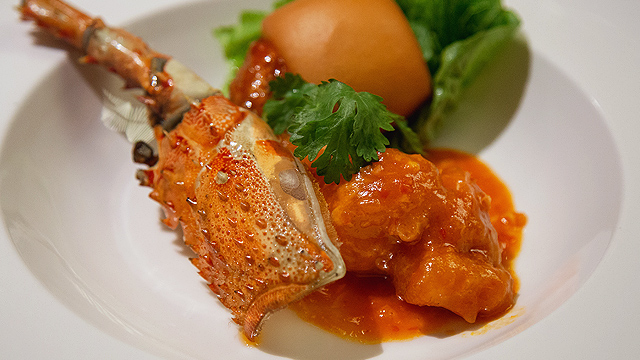 It's going to be inside a hotel, too!

(SPOT.ph) Whether in Quezon City and Bonifacio Global City or in Iloilo and Davao, “Seda has always been built to fill a need,” says Cindy Yniguez, Seda Vertis North’s director of sales and marketing in a dinner to introduce Seda Vertis North’s upcoming Chinese restaurant.

But, anyone who has been to Quezon City—especially the Scout area and Banawe—knows that it isn’t exactly lacking in Chinese restaurants. What then, will make this new restaurant different?

For one, the still-to-be-named restaurant—the only Chinese restaurant of the Seda group which opens by November—will be at Seda Vertis North. “We envision this restaurant as a contemporary bistro,” says Yniguez. “We will be offering Cantonese cuisine as well as Filipino-Chinese favorites.”

Yniguez also pictures the upcoming restaurant as a go-to for Chinese-style banquets, especially with their private rooms good for up to 12 people. Plus, because the restaurant will be inside Seda Vertis North, you can expect the same understated, non-intimidating elegance like the rest of the hotel.

But what makes this restaurant stand out from the rest will most likely be their food, if the preview menu is anything to go by. While there is no official menu yet, Executive Chef Hann Furn Chen whips up a dinner that serves as a preview of what’s to come.

The Prawn Ravioli with Salted Egg Beurre Blanc will most likely be part of the menu, shares Yniguez. Dainty prawn-stuffed ravioli is set atop a bed of salted egg crumbs and topped with ebiko and oregano—get everything in one bite to fully appreciate the explosion of salty and earthy, velvety and crunchy. Meanwhile, the Caesar Salad with Shimeji Mushroom is an Asian update on a classic Western salad, with crisp shimeji mushroom tossed in curry powder for a touch of umami.

Encased in a buttery pastry puff, the Braised Seafood Soup is richer than most soups, thanks to a mix of seafood and pork bones that have been simmered for over six hours. This soup also comes with tender prawns, scallop, sea cucumber, and fish maw.

The Wok-Fried Lobster with Chili Sauce and Golden Chinese Bun is Chef Chen’s take on the classic Singaporean chili crab—elevated thanks to fresh lobster. Be sure to sop up the remaining spicy sauce with the mantou as the bun’s sweetness works great with the sauce’s heat.

After the Calamansi Sherbet—a palate cleanser—comes the Braised Short Plate with Mashed Potato and Seasonal Vegetables. Most likely going to be part of the banquet menu, this showstopper of a dish comes with a frankly gigantic cut of fork-tender short rib, which is covered in an Asian-inspired sweet-savory glaze.

For dessert, Chef Chen showcases a twist on the classic mango sago: The Mango Sago Collision, with mango mousse and sago on top of liquid nitrogen plus syringes filled with honey-basil sauce, and a balsamic reduction. Though the textures may feel different, there’s no missing the refreshing fruitiness of a classic mango sago.

There’s no question that Quezon City is abundant with Chinese restaurants, but there is always space for one more—especially if the menu is going to be as inventive and creative as Seda Vertis North promises.

Seda Vertis North Quezon City Chinese Evergreen
Your Guide to Thriving in This Strange New World
Staying
In? What to watch, what to eat, and where to shop from home
OR
Heading
Out? What you need to know to stay safe when heading out