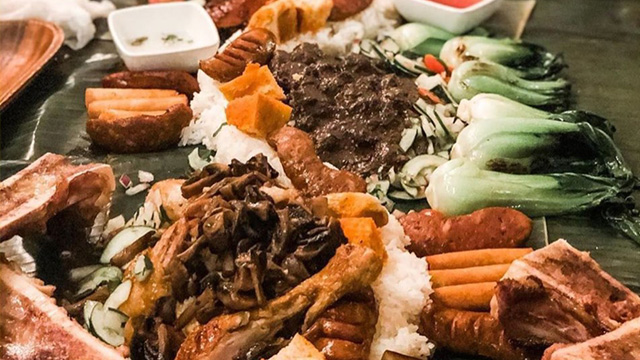 They're pioneers of Filipino food overseas.

Purple Yam and Jeepney have once again been recognized as some of the most stellar restaurants in New York City. The pioneering Filipino restaurants are part of Time Out's list of 100 best restaurants in NYC to dine at now.

Purple Yam, owned by husband-and-wife team Romy Dorotan and Amy Besa, opened in New York in 2009. Its menu is rooted in Filipino cuisine, with influences from other Southeast Asian and Chinese flavors. It's been recognized by the New York Times in 2009 and was included in the 2014 Michelin Bib Gourmand list of 133 restaurants to try in New York. That same year, Purple Yam Malate was also included in the Daily Meal's list of 101 Best Restaurants in Asia. Prior to Purple Yam, Chef Romy owned Cendrillon, another trailblazing Filipino restaurant in New York, that lasted from 1998 to 2009.

In its description of Purple Yam, Time Out writes, "None of the fare coming out of the kitchen—from the kare kare to the macapuno to the funky fermented shrimp paste (bagoong alamang)—seems to be tempered to win over nonnative palates." They also recommend the champorado, lechon kawali, and buko pie.

A breakfast spread at Jeepney

Jeepney, on the other hand, is the second restaurant of owner Nicole Ponseca and chef Miguel Trinidad (the first being Maharlika). Earning the approval of New York Times critic Pete Wells, Jeepney takes a more casual approach to Filipino food. It also introduced other facets of Filipino culture, including hosting Filipino History Month and the concept of kamayan. Time Out recommends signing up for their Thursday-night-only Kamayan Feast, which they described as "a utensil-free extravaganza (literal translation: eat with your hands)."