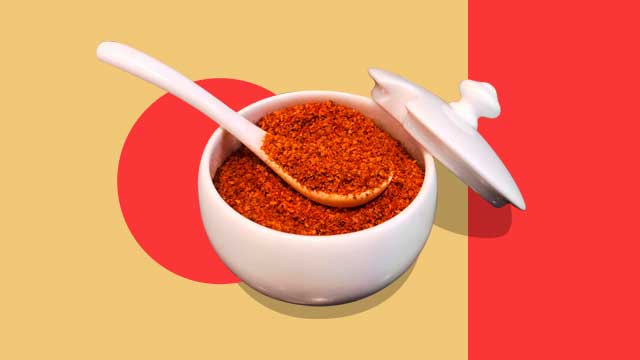 Group of Restaurant Owners Reacts to That Viral TikTok Video

The issue had to do with taking home togarashi.

(SPOT.ph) When dining out, some restaurants will happily provide things like condiments or disposable utensils for free—but does that mean you can take as much as you want of them, especially in times like these that are difficult for restaurants? Such was the question on people's minds in response to a viral video posted by Chuck Aquino and Joe Abad, also known as Chuck and Joe on TikTok.

The video—which is no longer accessible on Chuck and Joe's TikTok feed—starts with a voice, saying "Nobody's gonna know." The duo is shown repeatedly asking for servings of togarashi spice. Each time, they transferred the spice to a small jar that they eventually sneak into their bag before exiting the restaurant, with a superimposed text that reads, "Act innocent & don't make eye contact." The video has been criticized by many members of the local dining industry, including a group called Resto PH (a.k.a. the Restaurant Owners of the Philippines), who issued a statement on social media on February 2.

The group writes that they are "deeply concerned and saddened" by the "irresponsible" TikTok video. "Our members have expressed outrage and disappointment over this video, which may encourage others, especially impressionable youth, to emulate the prank."

For Resto PH, however, the act counts as "a form of theft"—and "once promoted on social media, theft no longer becomes petty." "Restaurant losses are not casual matters to be used for a 'social experiment'," the group writes. "The restrictions of the quarantine have already caused many restaurants to close, and many more are struggling to survive. Malicious videos set a negative example and will have an adverse effect on the thousands of people who rely on the F&B industry for their security."

"We, the members of RestoPH, appreciate influencers’ contributions, but the quest for ‘views’ and ‘hits’ must be balanced with integrity. May we also enjoin other social media personalities to avoid creating content that clearly disrespects an industry and its workers. We are hopeful of the public’s support, as these kinds of acts should not be emulated for virality and 'comedy.'"

Chuck And Joe Resto Ph Tiktok Food News Adventurer Savvy Seasoned Tpc-00001 Staying In Viral
Your Guide to Thriving in This Strange New World
Staying
In? What to watch, what to eat, and where to shop from home
OR
Heading
Out? What you need to know to stay safe when heading out