Yummy McDonald's Fish Fillet: Why Is It Off the PH Menu?
Loading
Already a member? Log in
No account yet? Create Account
Spot.ph is your one-stop urban lifestyle guide to the best of Manila. 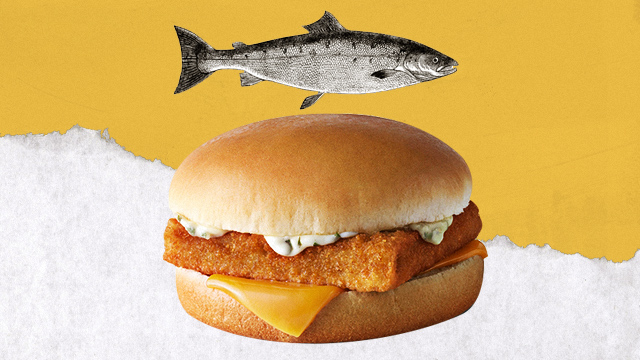 Farewell, Filet-o-Fish: An Ode to a McDonald's Classic

It's no longer available on the Philippine menu.

(SPOT.ph) It’s that time of year again, Spotters: yup, we’re talking about Lent, which means you’re probably trading your steaks for shrimp, your pork chops for bangus, and your burgers for McDonald's Filet-O-Fish.

The Filet-O-Fish has been a staple on the McDonald's menu around the world since it was introduced in 1965. But if you’ve tried ordering it recently here in the Philippines, you’ve likely left the McDonald’s counter with the knowledge that the Filet-O-Fish is no longer available on the local McDonald's menu. We called the chain's delivery hotline several different times to inquire, and were given varying responses, from it being "phased out" since "last year" to being "delisted... this month lang." We also checked with a McDonald's representative, who confirmed that the Filet-o-Fish has been pulled out of the Philippine menu but would not say why.

Whatever the case, if you're grieving (as we are), you're absolutely not alone.

Here's the deal on the famous McDonald's fish fillet sandwich:

What Is the Filet-O-Fish, Anyway?

So first, the basics: The Filet-O-Fish is a fish sandwich consisting of a breaded and fried fish fillet, tartar sauce, and a slice of American cheese in between soft white buns. It’s a popular Lenten item locally for its meat-free makeup; in fact, the Lenten season accounts for 23% of the famous fish burger’s sales in the U.S. It’s also been on the McDonald’s menu in the Philippines from the moment the chain arrived on our shores in 1981.

Falling in Love With the Filet-O-Fish

It practically doesn't need to be said that the Philippines is a meat-loving country; according to data from the Organization for Economic Cooperation and Development, Filipinos consumed 15.2 kilograms per capita of pork in 2019. So any Pinoy kid who doesn't like meat would have limited options—I always had fried chicken as a default order whenever I was at a McDonald’s, but you can only have so much of the same thing before you get sick of it. That changed when a hypertension scare had Dad ordering a certain “Filet-O-Fish.”

It turned out to be one of the best things I ever had. The fish in itself was pretty neutral, but it did have that distinct “fried” taste in the breading that any kid would find addictive. The tartar sauce brought it to new heights—I wasn't a mayonnaise fan, but combined with more acidic ingredients like pickles, it helped add life to the sandwich. The American cheese added that extra creaminess and sharpness—rules about not pairing seafood with cheese be damned. Last but not least, the slightly-sweet and pillowy bread just rounded all the other flavors together. It became my new go-to McDonald's order from then on.

You Can Basically Thank Catholicism for Its Creation

The Filet-O-Fish has an intriguing backstory. The tale begins with Lou Groen, a McDonald’s franchise owner who opened the first McDonald’s in the Cincinnati area in 1959. Though hard to imagine today, McDonald’s was new to the area at the time, and they had plenty of competition. They especially struggled to reach their target on one particular day of the week.

Although Fridays generally bring in the best profits for most restaurants, that was not the case for this particular McDonald’s. In fact, their sales actually plummeted on that very day. "I was struggling. The crew was my wife, myself, and a man named George. I did repairs, swept floors, you name it… On Fridays we only took in about [U.S.] $75 a day,” Groen told the Chicago Tribune.

Instead, their customers were flocking to another restaurant called Frisch’s Big Boy, which Groen says had a “very good fish sandwich.”

What was behind the phenomenon, you ask? That area that McDonald’s branch was in was 87% Catholic—and Catholics at the time were expected to abstain from meat every Friday all year round, not only during Lent.

Yup, back in the day (and until 1966!), Church law prohibited eating meat on all Fridays, Friday being the day that Jesus Christ was crucified as well as the fifth day of creation when God brought animals into the world. Why doesn't fish count as meat, you ask? They're said to be a “different category of animal.” The Latin word used to describe which “meat” you can’t eat on Fridays is “carnis”—and this refers specifically to mammals and birds only. Fish was also not considered celebratory; ergo, not worth sacrificing.

With that, Groen had the brilliant idea of making his own fish sandwich to add to the McDonald’s menu, developing a prototype in 1961. “All our customers were going to Frisch's [Big Boy]. So I invented my fish sandwich, developed a special batter, made the tartar sauce and took it to headquarters,” Groen told the Chicago Tribune.

McDonald’s chief Ray Kroc was not exactly happy with this, reportedly telling Groen that he didn’t want his stores “stunk up with the smell of fish.” Thankfully, McDonald’s executives Fred Turner and Nick Karos disagreed. Groen managed to convince them that it was a choice between selling fish sandwiches, or his store.

Given this, Kroc relented, and food technologist Al Bernardin went on to plan how to execute the sandwich. The fast-food chain had to consider factors such as the cooking time, breading type, and the thickness of the fillet; eventually, they went with cod, and called it "North Atlantic whitefish” to make it sound more appealing. One of Groen’s employees also suggested adding cheese, which Kroc tried and found to be “delicious.”

Still, Kroc came up with his own meatless proposal: the Hula Burger, which had a curious combination of pineapple and cheese on a bun… yeah, we’ll leave you to be the judge of that. To settle the debate, Kroc challenged Groen to some friendly competition in 1962. They would both sell their sandwiches on a Friday, and whichever got better sales would be added to their menu.

Unsurprisingly, Groen ended up winning by a landslide—we’re talking about 350 Filet-O-Fish sold versus Kroc’s measly six; it became a staple on the fast-food chain’s menu in 1965. In Groen’s words, it “saved” his franchise.

What to Order If You're Missing the Filet-o-Fish

If you must have your fish at McDonald’s, what you can go for now is the Fish & Fries (starts at P155/ala carte)—a fish-and-chips like combo of a fried fish fillet and French fries. It’s notable in its own right, too, with crisp-on-the-outside, tender-on-the-inside fish that you can have with your choice of Sweet n’ Sour or Thousand Island sauce. Can't have a meal without rice? Go for the Fish & Rice (starts at P155/ala carte).

There are other fish sandwiches you can try around the Metro, too. Raging Bull Burgers has the drool-worthy Naked Fish (P355) with fried grouper, criolla, romaine lettuce, and nikkei tartar sauce; Brothers Burger also makes the Crispy Fish Sandwich (P220) with a crispy fish fillet dressed in cilantro cream, topped with veggies, and sandwiched between oatmeal buns. And at 8 Cuts, you can go for the Fish 'Wich (P260).

That being said, we’ll always have a soft spot for the good ol’ fish sandwich at McDonald’s. Is it too much to hope it'll be swimming back to their local menu soon?

Filet-o-fish McDonald's Fish Lent History Adventurer Savvy Tpc-000001 Staying In Greener Explainer
Your Guide to Thriving in This Strange New World
Staying
In? What to watch, what to eat, and where to shop from home
OR
Heading
Out? What you need to know to stay safe when heading out