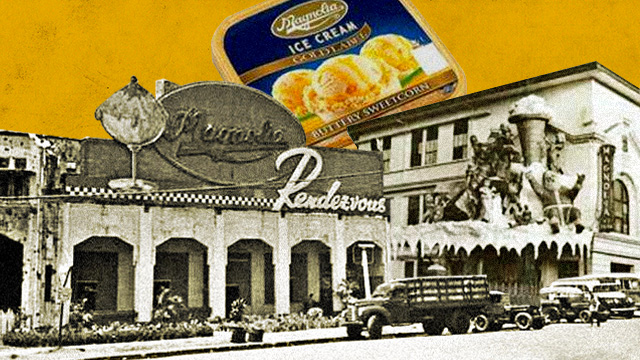 (SPOT.ph) Chances are your parents once went on a date at the old Magnolia Ice Cream house. Who knows, they might have fallen in love while sharing a classic banana split and Chocolait at the outlet connected to the dairy plant, when you were just a shared sparkle in their eyes. And even after you were born, we're sure you grew up with Magnolia ice cream as a staple in your house, particularly the Gold Label ones—heck, maybe even the Buttery Sweet Corn flavor.

Remember that bright yellow treat? Yup, the nostalgic flavor was discontinued in September 2014. If that left a hole in your heart, then know that you're not the only one missing it. Turns out Ramon Ang, San Miguel Corporation chief, is a part of the Sweet Corn fanbase, he shared in a roundtable with Summit Media press on May 21.

Also read:
Why Do We Call Tie-Dye Powder "Dyobos"?
What's the Story Behind the Good Morning Towel, Anyway?
The Pasig River's Lone Island and Its 19th-Century Orphanage
Those Quezon City Water Towers Have Been There Almost 100 Years and Here's Why

The old Magnolia brand can be traced all the way back to a certain William J. Schober. The story goes that Schober, who came to the Philippines in the early 1900's as a cook in the U.S. Army, first introduced the “magnolia pie”, “magnolia ice cream” and “magnolia ice-drop” products.

It was in the dairy plant along Aurora Boulevard that they set up a small outlet store, the same one that became a main hub for Metro Manila folks back in the day. At the time, the expansive dairy plant was one of the biggest structures along the thoroughfare. The large, spacious compound near the corner of Doña Hemady had command of the area, way before the Metro Rail Transit Line took over most of the street and crowded buildings began popping up.

In the '90s, a joint venture with the global company resulted in the Magnolia-Nestlé Corporation. You might have noticed the brand pretty much vanished in the early 2000s as SMC ceded their rights to sell milk and ice cream. The products did retain the Magnolia nametag during this time but had the overarching Nestlé logo on them. When the deal ended in 2004, SMC worked on revitalizing the brand again—with a focus on Magnolia Ice Cream.

Nowadays, Magnolia "enjoys a good business or good popularity on ice cream, cheese, butter, margarine," says Ang. His philosophy though is that you can't "overuse" a brand, which is why San Miguel Corporation keeps it more or less within the dairy line, otherwise "Magiging irrelevant siya later on."

"You have to come up with more brands para masiguro 'yong future ng kumpanya," explained the SMC chief. For context, the SMC conglomerate currently heads 24 subsidiaries, from food (such as Magnolia, and of course, San Miguel Brewery) to infrastructure (South Luzon Tollway Corp.).

Still, that doesn't mean the SMC head is incapable of some nostalgia amid the business savvy. He has his own memories of the brand, particularly the Ice Cream House itself, saying "Siyempre, lahat kaming matatanda sanay sa Magnolia." He explains that the hold Magnolia has over Pinoys is probably due to the fact that it was one of the first major dairy brands in the country. Nostalgia will always be a force.

Adventurer Savvy Summit Sandwich Sessions Ramon Ang San Miguel Corporaion Smc History Nostalgia
Your Guide to Thriving in This Strange New World
Staying
In? What to watch, what to eat, and where to shop from home
OR
Heading
Out? What you need to know to stay safe when heading out