Everything You Need to Know About Soju, Korea's Flavorful National Drink 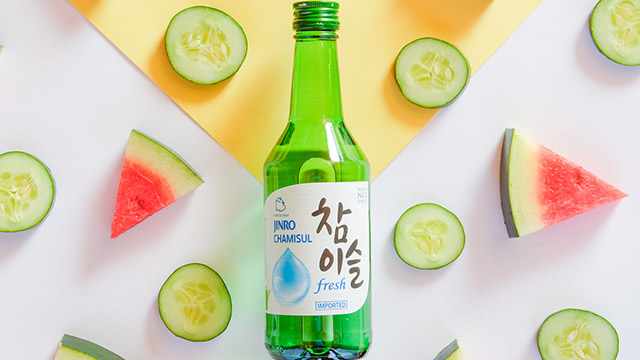 South Korea's Hallyu—the Korean wave—is sweeping us all off our feet. Now, the different facets of Korean culture are being revealed to the world: not just the singing, the dancing, and their flawless glass skin, but also the food and drink.

That includes soju, South Korea's well-known booze of choice. You've probably seen it in any of the K-Dramas you've recently binged, and you've likely had some of it yourself.

But what exactly is soju? What are the conventional ways of enjoying it, and why is it so good? Here's what you need to know:

So, what exactly is soju?

Put simply, soju is a clear, distilled, colorless alcoholic beverage, and South Korea's national drink. Its name literally means "burned liquor," a reference to the distillation process through which all sojus are made.

Traditionally, soju is made with fermented rice starch that’s distilled and filtered. But the recipe has evolved over the centuries, and now, soju can be made with other crop-based starches such as barley, sweet potato, and tapioca, fermented and distilled.

While all sojus are based on this key production concept, different soju makers are known to tweak and customize their processes. Jinro, for example, uses a patented Bamboo Charcoal Filtration process, which removes impurities, resulting in a satisfying drink with a clean, smooth finish. Other sojus are even aged for profile complexity. 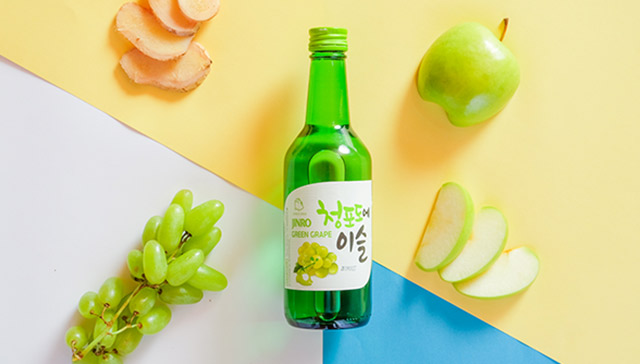 For one, drinking in Korea is something of a rite of passage. When a person comes of age and is legally allowed to drink, they are typically initiated and instructed by elders in the family, who drink with them.

There are also rules of etiquette when drinking soju, especially in more traditional or formal settings. One such rule: The most senior person in the group, determined either by age or company hierarchy, typically pours the first round, while the youngest or least senior person is in charge of refills. Also, when pouring, both the bottle and the cup must be held with both hands. 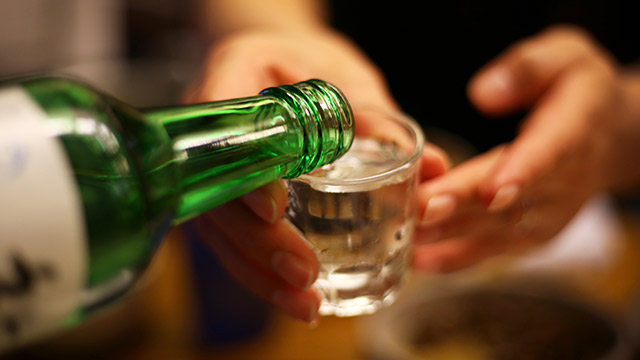 These matters of etiquette are applicable in a Korean hoesik or “work dinner." In a hoesik, colleagues get together after a long, hard day of work or school, and go out to a pocha (short for pojangmacha, a street stall covered by a tent) for food and drinks. Here, soju is the drink of choice, and it's consumed with food like Korean barbecue, fried chicken, and banchan spreads; not to mention Korean drinking games. (All you Start-Up fans might recall the scene in which Samsan Tech went out for drinks—that qualifies a modern hoesik.)

One great thing about soju is its neutral taste, which makes it incredibly versatile, and great for mixing. While you can certainly down it in shots, soju's clean, smooth, and lightly sweet flavor lends itself well to different types of mixes and cocktails.

A popular way to drink soju in South Korea is to mix it with beer in a cocktail known as somaek. Those who like fruity cocktails can mix soju with ice cream popsicles or with a yogurt drink and some lime soda (J-Kult). And if you need an extra kick in the afternoon, you can also add some soju to a cup of coffee (Coffee-Ju). 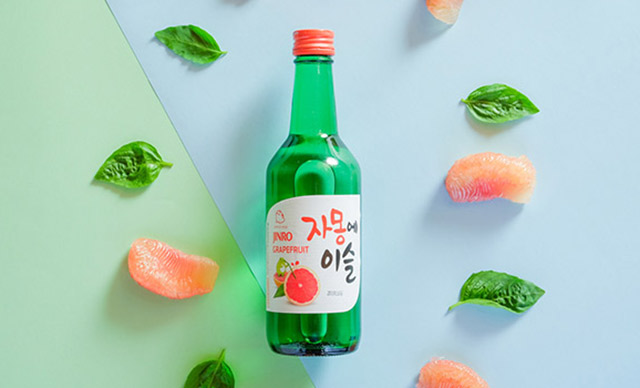 It also helps that soju can be served warm, at room temperature, or chilled—although considering our tropical climate in the Philippines, chilled is the way to go, ideally at 8°C.

Which soju should I drink?

For its part, the soju brand Jinro offers a wide range of flavors including Original, Fresh, Grapefruit, Green Grape, Plum, and Strawberry—perfect for drinking straight or mixing and matching in cocktails. Its clean flavor pairs well with any food, but particularly with grilled meat dishes. Everything from samgyupsal to sisig is perfect pulutan for soju. 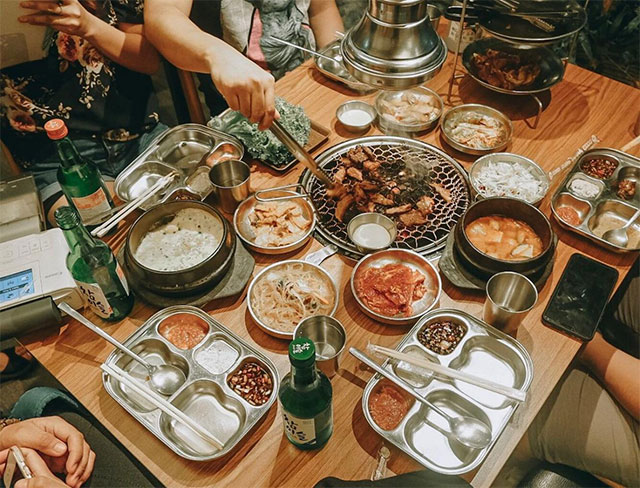 But in case you haven't noticed, Jinro has also made its way into the Filipino inuman (or, nowadays, e-numan). Soju is a distinctly Korean drink, and one you deserve to enjoy while binge-watching your favorite K-Drama or singing along to your favorite K-Pop song.