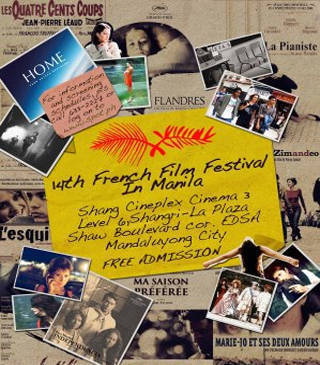 The 14th French Film Festival brings a taste of Cannes to Manila.

The  14th French Film Festival to be held at  Shang Cineplex Cinema 3 from June 5 to 14 is  a retrospective of 14 French films which have been presented at the Cannes Film Festival, as well as a sneak preview of the Filipino film "Independencia," which premiered at Cannes earlier this month.

According to Martin Macalintal, Audiovisual Attache of the Embassy of France in the Philippines, "This year's festival brings Cannes to Manila.   As five Filipino movies are presented in this year's Cannes Film Festival, we will give the audience a glimpse of the quality of films that qualify for selection in the different sections of the festival.

The new wave of Philippine cinema today has met those   standards and with the films Kinatay by Brillante Mendoza, Independencia by Raya Martin, and Manila by Raya Martin and Adolfo Alix Jr., of course, Sabongero by Janice Perez and Manong Maong by Aissa Penafiel and Miguel Ocampo."

All films are open to the public with free admission on a first-come, first-served basis. For Filipino cinephiles who will not be able to attend the Manila screenings, there will also be a French Film Festival in Cebu which will run from June 19-21 at the Ayala Center Cebu. This event will feature many of the same films that will be shown in Manila: 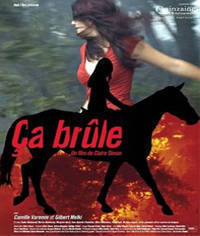 She lives in the Var, she has a horse, and she's angry.
The exalted love story of an adolescent 15-year-old, with a local man:   Jean, 37 years old, teacher, voluntary fireman, married and father of two. It's the beginning of vacation and the eternity of summer. 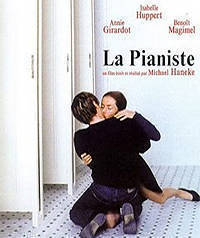 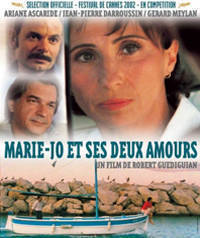 Running Time: 2h 5mn
Marie-Jo loves her husband Daniel dearly, but is also passionately in love with her lover Marco. She is torn between the two, with tragic consequences. 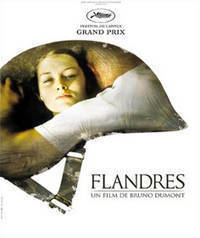 In Flanders, Demester other and young local men enlist as soldiers to fight in a distant land. He also falls in love deeply with the young Barbe, even accepting her strange ways and her many lovers. Tragically, the war exacerbates the relationship between them, leading them to extremes. 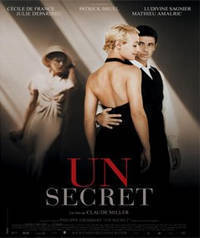 A story of passions and dark family secrets, as told through the eyes of François, an only child who creates a make-believe brother and imagines the past of his parents. On his 15th birthday, a family friend reveals to François a disturbing but illuminating truth. 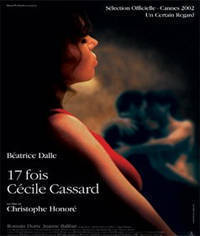 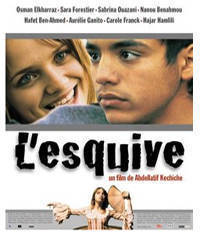 Fifteen-year-old Abdelkrim, aka "Krimo," is madly in love with his classmate Lydia. But he worries about what a declaration of love will do to his reputation.

A solution presents itself : coerce Rachid, Lydia's partner in the play Le jeu de l'amour et du hasard (The game of love and of chance) by the famous playwright Marivaux. What Krimo does not dare to admit, Marivaux does. It becomes a real challenge for Krimo. 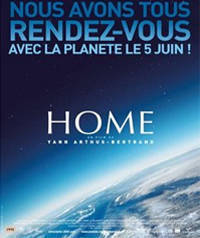 In 200, 000 years, humans have disrupted the fragile balance on which Earth was living for 4 billion years. Global warming, shortage   of resources, endangered species: humans are jeopardizing their own living conditions. By the end of the century, the relentless consumption will have exhausted almost all of our planet's natural resources. But it is too late to be pessimistic: we have barely 10 years left to reverse the trend. We need to become aware of our abusive exploitation of Earth's gifts and change our way of life.

Home is a travel notebook, showing landscapes captured from a bird's eye view above. This film calls for a new awareness, inviting the viewer to stop for a moment in order to look at our planet and realize how we treat her treasures and her beauty. 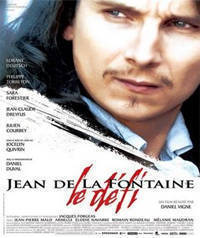 Paris wakes up on the morning of September 5, 1661 to much noise: Fouquet, the King's Counsel, is arrested upon order of Colbert, and the young Louis XIV has just become sole ruler of France.

While other artists offer their services to the Divine Monarch, one man affirms his support for the destitute Fouquet: the poet Jean de La Fontaine. Colbert swears to make the rebel surrender, the only artist in the kingdom to put his art above the King.   Hence, La Fontaine, even in his misery, stands up to his convictions. Without regret, he resists the persecution and writes the Fables, which become deadly pamphlets against a despotic and decadent regime. 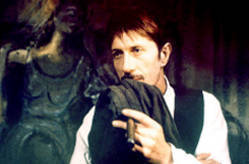 Under the care of Doctor Gachet, Vincent Van Gogh arrives in Auvers-sur-Oise in 1890. This is the most productive period of his life, as he finishes hundreds of paintings and drawings in a span of weeks. And yet it is also his most torturous, as he lives out his last days torn between love and despair. 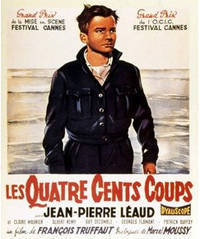 This largely autobiographical film by François Truffaut tells the story of the young Antoine, an adolescent with a reputation for being a troublemaker. But is he really a troublemaker, or just a victim of harsh, uncaring adults? 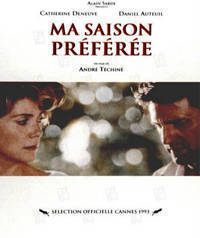 A story of a brother and a sister, both doctors, who are forced to confront what they have made of themselves as their mother slowly loses her sanity. 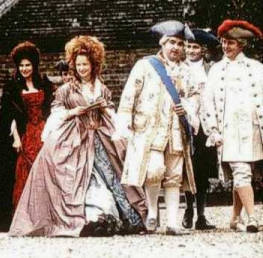 At Versailles, in the year 1780, everything is being given away: commandments, ribbons, awards, pensions, honorific titles and administrative responsibilities. But because there are only a certain number of prizes available, a competition ensues in the court of King Louis XVI.   The honest Grégoire Ponceludon de Malavoy, descended from an ancient, noble and bankrupt family, enters into this center of corruption. Will he be able to resist all of its temptations? 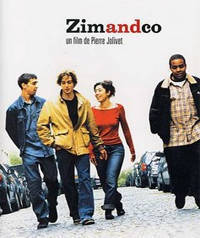 Zim, 20 years old, faces a dilemma: either find a real job, or go to prison. He's not the lazy type, and looks into the classified ads. But the only job he finds requires him to have a car and a driver's license in 10 days! Neither of which he has. Good thing Zim has tricks, and best of all, friends: Cheb, Arthur et Safia. And to avoid going to jail, they're ready to do anything … at least, almost!

French Film Festival Shangri-la Cineplex French Filmfest Film Fest
Your Guide to Thriving in This Strange New World
Staying
In? What to watch, what to eat, and where to shop from home
OR
Heading
Out? What you need to know to stay safe when heading out