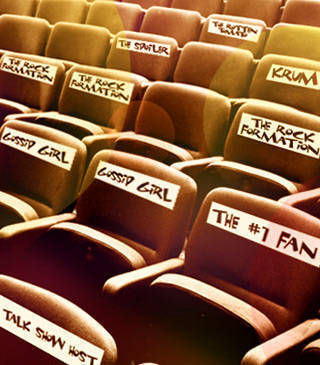 You mean there are more? SPOT.ph's second batch of annoying monsters in front of the movie screen. 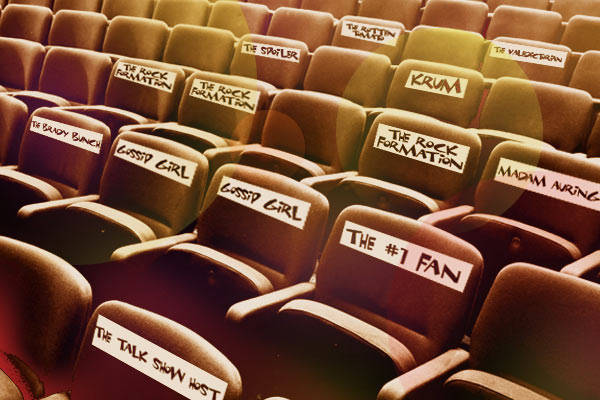 It's blockbuster season. There's nothing more exciting than getting in line to see the flick you've been dying to watch, complete with a bucket of popcorn and an extra large soda. But alas, why is it that no matter how much you try to enjoy the movie, you will always find yourself surrounded by at least one annoying audience member oblivious to the plight of the people around him? Hopefully that person isn't your date. Hint: The way he or she behaves at the movies is a very telling indicator of how he or she will act in different life situations. Here, SPOT.ph's second batch of movie monster peeves:

The #1 Fan
Firmly believes she is the biggest fan of the movie, lead actor, director, or other significant contributor of the film you're watching, and she wants the whole world to know it. She will react to every scene down to the most trivial, peppering her experience with loud bursts of "OMG! That's not what happened in the book!" or "OMG, that's the part where he [insert tidbit here]!" before she starts rambling random minutiae from the fan website, which she probably started herself.

Ms. Know-It-All could have discreetly compared notes with the fellow fan seated next to her or waited until the movie was over before discussing it with the fan club, but she needs the entire theater to know that she is the only person in the universe who memorized the book-turned-movie by heart.

Or the N.R. (No Reaction). The movie is funny, witty, scary, or action-packed, but for some unexplainable reason, nobody is reacting. Could it be that you're trapped in a movie theater with strict, cult-raised people who were taught not to show any emotions? Could it be that you're the only one watching the movie and everyone else is actually a ghost? You chuckle at a naturally funny line or gasp at a frightening scene, but you feel embarrassed because there is that uncomfortable silence afterward. [Insert sound effect of crickets here].

The Brady Bunch
Beware the two types: 1) Mommy and Daddy with misbehaving offspring, and 2) A group of overacting kids or teenagers who think they're the only people watching the flick.

Toddlers are adorable, but not when they're shrieking and running around the theater. A little mischief is fine, but when the parents couldn't care less about their kids throwing fits and annoying the heck out of other moviegoers, you just want to toss that bucket of popcorn at Mommy of the Month. The best part comes when yaya, holding a bimpo, runs after the tyke and takes a jab at parenting: "O you behave na. Sige ka, the pulis will catch you!"

How about the group of kids going out for the first time without their parents? They want to look cool, so they unleash their inner bad seed to impress each other. They take up one or two rows in the theater, and pretend they're watching DVDs on their couches at home. They get up, trade seats every 15 minutes, pass the bucket of popcorn in an exaggerated manner, kick your seats, and call out to each other for no good reason. "Dude, pare!"

Gossip Girls
The posse from the all-girls school (in their Kabuki makeup and Embassy-worthy getup) meets up with their textmates from the all-boys school for the first time. They're not really watching the movie; they've turned the cinema into a soiree. Some of them actually came to the movie to gossip, while the rest need an excuse to date. You'll hear, "OMG, you're sooo kulet, hihihi!" and "I like your Facebook pictures" throughout the soiree–er, movie. Some of them badly need to impress each other, so they turn into loudmouths (see The #1 Fan and The Valedictorian) hoping that it will earn them 1,000 cutie points. Congratulations, you have as much game as the Jonas Brothers.

Krum
Krum is a popular cartoon character from Nickelodeon's Aaahh!!! Real Monsters. His cinema prodigies have the same tactics–they surprise you with body odor when you least expect it. Just when you've relaxed in your seat and are completely engrossed in the movie, a funky smell makes your nose wrinkle. Someone burped, let one rip, or worse, was simply breathing heavily next to you. Yes, some people's halitosis is so bad that all they have to do is breathe through their mouths. It makes you ask yourself, "Is this karma for eating a smelly burrito at the last movie?"

The Spoiler
Incessantly talks about the ending and juicy bits of the movie as soon as he leaves, not caring about the fresh batch of moviegoers just coming into the cinema or the people in the restroom or restaurant who have yet to see the movie. Enough said.

The Rotten Tomato
A close relative of the spoiler, the rotten tomato has a slight ego problem: He is so excited to let everyone know that he's seen the movie before everyone else has. As soon as he gets home (or finds free Wi-Fi in the mall), he Tweets, Plurks, blogs, Multiplies or Facebooks about the movie ending. He also passionately discusses the juicy details on his FB wall, not caring that 95% of his online buddies have yet to purchase tickets.

Thinks he is too smart for the movie. His girlfriend forced him to watch a chick flick. His friends will dump him at the arcades or café unless he watches the no-brainer movie with them. The Valedictorian wants his friends to know that he's too good for the movie by snorting out loud whenever the girls giggle at the heartthrob onscreen. He makes sarcastic remarks throughout the movie, especially after a particularly funny/sad/scary part. He makes fun of his date/friends whenever they react to exciting movie scenes. Dude, no-brainer movies were created for a purpose–to keep you from deliberating too much on the cognitive aspects of life. Next time, if you think you're too good for it, don't waste your money on it.

The Talk Show Host
Little Miss Oprah is usually accompanied by a clueless friend or date–the type who likes to ask, "Ano daw?" and "Ay, bakit ganoon?" The talk show host thinks so highly of himself that he feels the need to elaborate on the mind-boggling scenes of the movie. He thinks that he is the only one who got the subtly intelligent/witty/funny scenes, which is why he explains the gist out loud. It makes you want to snap back, "Dude, we GOT it. Thanks. Now, shut up."

Madam Auring
She can predict the future–the movie's sequence of events, that is. You will hear her utter, "Nandun sa likod mo!" and "Naku, mamamatay yan mamaya!" Yes, she's the only one who can see the obvious outcome of the cliché plot. Everyone in the theater has already figured out that the husband was cheating on his wife the whole time, but Madam Auring believes that she is the only one who saw it coming, hence the need to verbalize her eureka moment. Somebody please throw a crystal ball in her direction.

SPOT.ph wants to know: What are your top pet peeves at the movies?

Click here to read Those Movie Monsters In Front of the Big Screen.