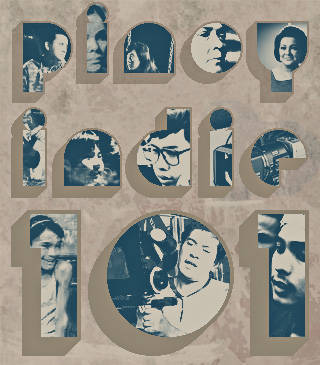 Pinoy Indie 101: Your guide to indie films in Manila

For moviegoers who are fed up with watching mass-produced, cheesy love stories or J-horror rip-offs, indie films are a welcome alternative to break the monotony. The word 'indie' often gets thrown around to describe the new brand of Pinoy cinema–movies that are fresh, edgy, and award winning both locally and internationally, but what does it mean, exactly? SPOT.ph sorts it out.

For starters, indie (short for independent) refers to all films not made by major studios such as Star Cinema, Regal Films, Viva Films, GMA Films, and the like. Some classify all arthouse movies that are difficult to appreciate and devoid of commercial appeal as indies. Though that may be true for some, it does not apply to all. In fact, the Eugene Domingo comedy Kimmy Dora is an indie but has achieved box office success. This proves the diversity of independently produced films–they don't follow a specific template, style, concept, or genre. Each one is a unique expression of the filmmaker's vision and artistry.

The most significant distinction between a mainstream film (produced by any major studio) and an indie film is that the filmmakers are given more artistic freedom, since box office receipts are usually the last thing on their minds. To achieve this, mainstream films will lure audiences with A-list celebrities and their tried-and-tested (though usually worn out) formulas that are sure to tickle the fancy of the masses.

UPFI houses a cinema called Cine Adarna and a small screening room called Videotheque. It is one of the three institutions in the Philippines that have no censorship restrictions. So even if the Movie and Television Review and Classification Board (MTRCB) gives a film an X rating, it can still be screened here. UPFI has served as host for numerous premiere nights as well as screenings of uncut versions of local films and movies deemed unfit for public viewing by the MTRCB.

Indie Films Independent Films
Your Guide to Thriving in This Strange New World
Staying
In? What to watch, what to eat, and where to shop from home
OR
Heading
Out? What you need to know to stay safe when heading out