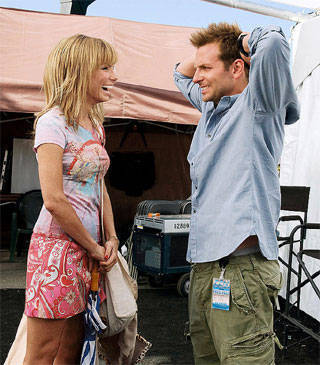 MOVIE REVIEW: All About Steve

Andrew Paredes' verdict on the new Sandra Bullock-Bradley Cooper comedy, All About Steve 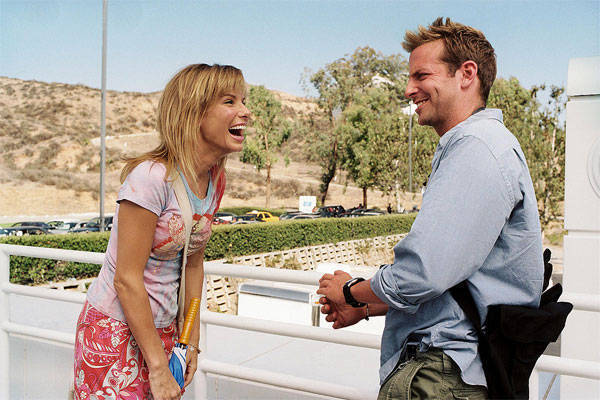 Sandra Bullock's latest comedy All About Steve is a love letter to stalkers everywhere. The movie posits that if you try hard enough, go into denial deep enough, and make enough of a fool of yourself, then you'll finally reach the point where the object of your affection will affirm the charm that you knew you always had. Doesn't make a lot of sense, does it? Well, at certain points, this movie doesn't either.

Bullock plays Mary Horowitz, a sheltered writer of crossword puzzles who still lives at home with her parents. She's intelligent–her brain is a repository of vast amounts of trivia–and the movie is riddled with voice-overs that strain to make a philosophical connection between crossword puzzles and life. Mary is also self-aware: She acknowledges her dearth of romantic options by implying that she must now stoop to blind dates with guys whose parents must be wondering if they are gay.

And yet: The moment she sees that her blind date is rakishly cute news cameraman Steve (Bradley Cooper), she pairs her trademark red vinyl boots with a wee black skirt and throws herself at him before they can even pull away from her parents' curb. Suddenly, the sheltered, trivia-spouting crossword puzzle writer becomes a woman with a mission, trailing Steve across the country as he covers story after bizarre story, from tornadoes to babies born with extra limbs to deaf kids trapped in an abandoned mine. It doesn't help that Steve's egotistical colleague, an on-camera reporter named Hartman (Thomas Haden Church), encourages her fevered fantasies for no other reason than that he gets a kick out of it–I imagine Hartman was a kid whose idea of fun was tearing the wings off bugs.

Basically, the script by Kim Barker (License to Wed) lays the blueprint for a movie that should have been directed by the Farrelly brothers. If the insane minds behind There's Something About Mary and Dumb and Dumber had taken a crack at this material, it would probably be less apologetic, reveling in its kamikaze humor. Instead, director Phil Traill (a director coming from TV who has helmed episodes of Kath and Kim and Worst Week) strenuously tries to highlight the virtues of individuality…while still trying to sell the comic value behind infants born with extra legs.

I have to admit, there were points in All About Steve where I did laugh out loud. There's a distinctly Pinoy flavor to the slapstick-bordering-on-ludicrous humor. I do wish, however, that the filmmakers had taken more care with character development and motivation (why is Hartman stoking Mary's obsession, exactly?), and done more with Ken Jeong (the Asian gangster in The Hangover), who plays the straight man to the egos of Haden Church's and Cooper's characters. (The only time he lets loose is when Steve dons a wig and mustache to evade Mary and he says, "You look like a retired porn star!")

But most of all, I wish that the filmmakers had done more with Sandra Bullock, who has proven time and again that she is a charming actress in search of superlative material. Despite her character's gumption and sunny determination, you can't help but sense an undercurrent of embarrassment in All About Steve's comedy–a feeling that you're laughing at Bullock instead of with her. Bullock's career is peppered with women who don't fit in (While You Were Sleeping, Miss Congeniality, The Proposal)–the problem starts when you choose characters that are so far out, the audience can't follow you.

Click here to see where this movie is showing

Movie Review Andrew Paredes Sandra Bullock All About Steve
Your Guide to Thriving in This Strange New World
Staying
In? What to watch, what to eat, and where to shop from home
OR
Heading
Out? What you need to know to stay safe when heading out