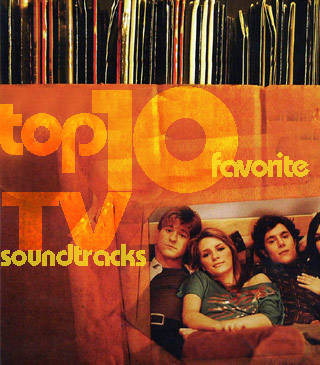 These top 10 compilations transport us back to some of the most unforgettable moments on the small screen.

"I'll Be There For You" opening credits

F.R.I.E.N.D.S. (1995)
Boob Tube Years: 1994-2004
What's to Love: This peppy soundtrack not only featured 13 diverse tracks from acts such as The Pretenders and Toad the Wet Sprocket, but it also included hilarious dialogue snippets from the show's first season.
Top Tunes: "I'll Be There For You," "I Go Blind," "Big Yellow Taxi" 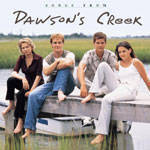 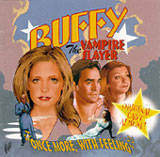 Buffy the Vampire Slayer: Once More, With Feeling (2002)
Boob Tube Years: 1997-2003
What's to Love: These original compositions allow loyal fans of Joss Whedon's cult hit to sing along with Sunnydale's inhabitants, who were mysteriously compelled to break into song in one unforgettable episode. Good thing Sarah Michelle Gellar and the rest of the cast successfully sang, danced, and pulled off this one-night-only musical extravaganza!
Top Tunes: "Under Your Spell," "I'll Never Tell," "Rest in Peace" 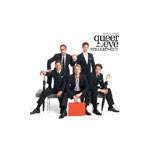 Queer Eye for the Straight Guy (2004)
Boob Tube Years: 2003-2007
What's to Love: Once upon a time, five fairy godfathers sprinkled their magic dust to transform hopeless causes into decent, modern-day men. The Fab Five taught them how to dress in suits, decorate their houses, and even cook for their loved ones while playing killer dance tunes in the background. The best ones are in this groovin' disc!
Top Tunes: "All Things (Just Keep Getting Better)," "Superstar," "You're So Damn Hot"

Scene using "We Used To Be Friends" 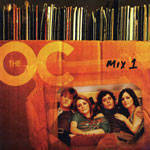 Music From The OC: Mix 1 (2004)
Boob Tube Years: 2003-2007
What's to Love: Thanks to producer Josh Schwartz's impeccable taste in music, a considerable number of indie bands got the exposure they needed to make it big. Five more mixes followed (the third even focused on Chrismukkah–combining Christmas and Hanukkah), but this one still shines the brightest.
Top Tunes: "Honey and the Moon," "We Used To Be Friends," "Dice"

"Cosy in the Rocket" opening credits 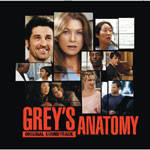 Grey's Anatomy (2005)
Boob Tube Years: 2005-present
What's to Love: Understated yet laced with emotion, the songs played on the medical drama have the ability to make us giddy, upset, or weepy–sometimes, all at the same time. Like the emotional doctors of Seattle Grace, the introspective soundtrack searches for answers to life's biggest mysteries.
Top Tunes: "Such Great Heights," "Song Beneath The Song," "Cosy in the Rocket" 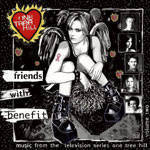 One Tree Hill Vol. 2: Friends With Benefit (2006)
Boob Tube Years: 2003-present
What's to Love: TV shows are known to pull gimmicks to draw in viewers, but the OTH staff came up with a brilliant and commendable publicity stunt: create an album that would help fight cancer. The characters staged a fund-raising concert and produced a compilation that was later on sold as a real soundtrack. A part of the proceeds goes to the National Breast Cancer Foundation.
Top Tunes: "23," "Halo," "For Blue Skies" 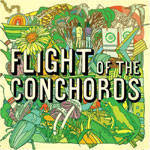 Flight of the Conchords (2008)
Boob Tube Years: 2007-2009
What's to Love: Though the singing/songwriting Kiwi duo only had two short-lived seasons on HBO, their satirical legacy lives on through this comedic 15-track CD. With funny titles such as "Hiphopopotamus vs. Rhymenoceros" and "A Kiss is Not a Contract," you'll be intrigued enough to give this album a spin.
Top Tunes: "Foux du Fafa," "Robots," "Boom" 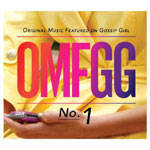 Gossip Girl (2008)
Boob Tube Years: 2007-present
What's to Love: There's no denying people are hooked on this show because of its beautiful cast, scandalous plots, dynamic NYC backdrop, and stunning outfits, but here's another legit reason to tune in: the melodies. The episodes constantly showcase up-and-coming acts under the smart pickings of music supervisor extraordinaire, Alexandra Patsavas.
Top Tunes: "One Week of Danger," "Three Wishes," "Glamorous" (a cappella) 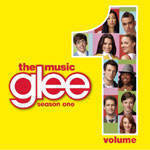 Glee (2009)
Boob Tube Years: 2009-present
What's to Love: It's the most promising, most ambitious musical TV series to date! Every week, you'll find melodious gems (spanning a wide expanse of genres and eras) interspersed with the glee club members' and teachers' compelling storylines. No doubt, Glee is a contemporary music buff's dream show!
Top Tunes: "Gold Digger," "No Air," "Somebody to Love"

Music Tv Soundtracks Tv Shows
Your Guide to Thriving in This Strange New World
Staying
In? What to watch, what to eat, and where to shop from home
OR
Heading
Out? What you need to know to stay safe when heading out