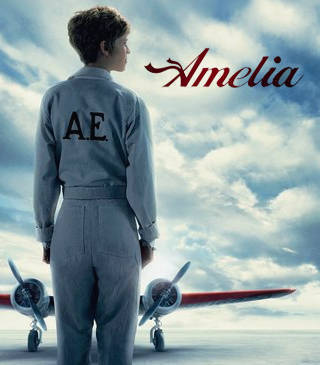 Amelia Earhart got lost at sea... so why bother finding her? SPOT.ph gives you two takes on a movie that should've never taken off.

At the risk of sounding like a complete dunce, I admit that the very first time I heard of Amelia Earhart was through a popular New Radicals song in the late '90s. I dug up every bit of info about her life and mysterious disappearance from the ever-reliable World Wide Web. From what I've gathered, Amelia was a pioneer, an icon of girl-power, and the central figure in one of the world's most baffling mysteries to date.

The film kicks off with a freckled-faced Earhart, played by two-time Academy Award winner Hilary Swank, setting off on a historic voyage to circumnavigate the world by plane. From there, we're transported by flashbacks, giving us glimpses of Earhart's life narrated like well-written passages from private correspondence. All throughout the film, director Mira Nair intertwines dialogue with very dreary montages of breathtaking panoramic shots, reminiscent of default Windows wallpapers. Yes, Windows wallpapers. 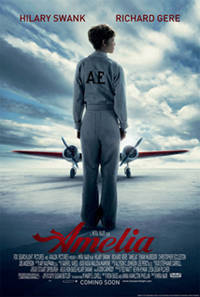 What remedies the drab pacing of this aesthetic clip show are the several aerial sequences that are strategically placed in between dull portions of the film. Although technically superior to most green-screen movies, it takes a bit of childhood imagination to really believe that Swank can actually fly a plane across the Atlantic, not to mention pull off a decent Southern accent. She's more effective on land though, able to deliver her lines with enough drama and conviction to pull us in. With her wavy hair and iconic salute, we get to see a strong-willed Earhart paving the way for women in a man's world… not.

Hollywood downplays Earhart a bit, reducing this bold female character with a zest for freedom into a dazed dreamer chained to her husband's funds and her role as a wife. Every attempt of this movie to spark hope in the hearts of feminists around the world is automatically dashed when Richard Gere walks onscreen. I have no clue why Gere was cast as Amelia's calculated hubby, George Putnam, since the two have zero chemistry. Perhaps his dazzling song and dance numbers in Chicago mesmerized the casting director? The supporting characters did a better job, overshadowing his lackluster performance. Ewan McGregor and Christopher Eccleston, who play Gene Vidal and Fred Noonan respectively, make Amelia's story richer even though they're only onscreen for a few minutes.

There is always a danger with biopics: studios can either stay true to the facts and risk ending up with a lengthy snoozefest, or they can opt to exaggerate and suffer the scrutiny of historians. In this case, they chose the former. The only redeeming value of this movie would be the final minutes of Amelia's legendary final trip where everyone in the movie house holds on to their seats, waiting in anticipation for that answer to the question in their minds: "Whatever happened to Amelia Earhart?"

Although the movie might be praised by a few sentimental American critics who've been hinting at its chances for Oscar gold, to the Filipino audience, Amelia might just be one of those movies that should've stayed lost forever.