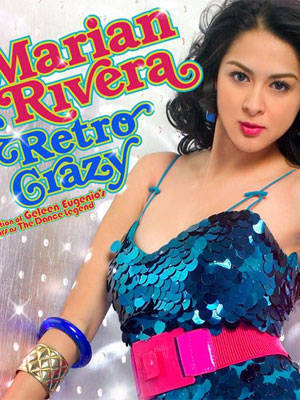 SPOT.ph lists the 10 songs we couldn't get away from in 2009, no matter how much we wanted to.

Nerve-grating and possibly seizure-inducing, these unfortunately over-played songs made us cringe every time we heard them in 2009. Here are our picks for the year's 10 most ire-inspiring songs:

Even if we turn a deaf ear to her painful pronunciation of "hip-hop," the same can hardly be done for Marian Rivera's vocals. Excessively edited, some parts don't even sound like her anymore. That choreography doesn't really help, either.

"Down" may have conquered radio charts, but we're finding it a bit difficult to be down with the song's nonsense lyrics and auto-tuning. What does "Down, down, even if the sky is falling down" mean?

Most irritating line: "And honestly, I'm down like the economy."

Vhong's song is an advertising jingle that crossed over to mainstream radio, and while we've seen jingles become pop hits in their own right (mostly those from toothpaste ads), "3 in 1 plus 1" is an inane song with poor production.

"The Climb" by Miley Cyrus

Yes, we know Miley's loyal fans would disagree, but we can't help feeling that she loses her breath when she gets to those high notes. Talk about uphill battles.

Most irritating line: "It's the climb. Yeaaaaah."

"I Know You Want Me (Calle Ocho)" by Pitbull

Lyrically vacuous, "I Know You Want Me" is a mess of rap and Eurodance. Noontime shows have played this song endlessly, making it hard for us to listen to the song without getting mental imagery of half-naked women dancing. But hey, it's probably appropriate, since Pitbull brags about having a girl in his "cockpit."

Most irritating line: "Mami got an ass like a donkey, with a monkey."

The whole song is intensely flat, and probably just an excuse for Chris Brown to say the only understandable line: "Follow me like Twitter." Here's our 140-character question: Has Chris committed career suicide?

This acoustic version of "Single Ladies" by Beyonce is an official release under Viva Records. Stripped of the leotards and heels, remarkable choreography, and signature beats that made Beyonce rake in Grammy nominations, the "Single Ladies" left here is a dry warble. We only have one word for Princess: WHY?

Most irritating line: The lyrics are fine, but man, "Single Ladies" to acoustic guitars is just nerve-grating.

"One Time" by Justin Bieber

"One Time" is a model of incongruity–Justin Beiber is a 15-year-old white boy who acts and dresses like a rapper while he sings about his "fellas" and how "all the females are hatin' on it." Yet he sounds like a chick with his pre-puberty voice.

Most irritating line: "Imma tell you one time." (He sings this 27 times.)

"Nobody" by The Wondergirls

Nobody can escape from this song. It practically haunts us even in our sleep, from the Korean lyrics to the dance steps. Sure, it's catchy, but well, too much of an okay thing is just…too much.

Most irritating line: "I want nobody, nobody but chooo."

Lyrically empty, it doesn't help that Willie sings so badly and dispassionately. Together with its bad production (the violin sounds don't add anything to the song), "Ikaw Na Nga" takes the top prize as the song that irritated us the most this year.

Read SPOT.ph's list of the Top 10 Tunes That Gave Us Last Song Syndrome in 2009.