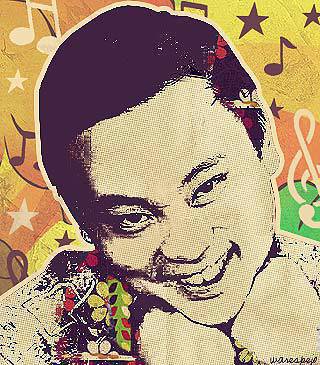 <em>American Idol</em>'s got a new winner. But whatever happened to all those crazy contenders? We list 10 nutty AI characters.

American Idol 2010 winner Lee DyWze must be having a blast, but who says you have to be the AI champ to make it big in the music industry? Just look at Jennifer Hudson and Chris Daughtry.

Then again, there are some AI contenders and hopefuls who resort to baffling antics and outrageous performances. Some even get involved in shocking controversies. In short, they crazy–and they've all spiced up the US talent show that has become quite a favorite all over the world.

Channeling our inner Simon Cowell, SPOT.ph rounds up the 10 most eyebrow-raising contestants and wannabes ever to take the AI stage or audition room. Don't pretend they didn't entertain you even one bit!

He's original–that much we can say.

Front act: If third season AI darlings Jasmine Trias and Camille Velasco made Americans think that all Pinoys are musically gifted, Lapuz made them rethink that notion. He sauntered into the audition room wearing a wide feathered white hat with the name, "SIMON," printed on it and a metallic silver cape. He sang "We're Brothers Forever," an original composition with this immortal line: "I am your brother, we're best friends forever, singing the songs, the music that you love." This year, he sang the song at the AI finale with a marching band accompanying him. It's the second time that he's been asked to perform his tune at the finale. His first performance was in the 2008 finale.

Audience response: The public could not help but be amused by his "I'm-so-bad-that-I'm-almost-good-enough" act. Of course, Pinoys cringed at his, er, vocal stylings. Nevertheless, he easily became a YouTube/Internet sensation, with his audition video garnering millions of hits.

Post-AI life: Believe it or not, telecommunications company AT&T tapped Lapuz for its ads. Lapuz, who has a website and a Wikipedia entry, is still (sort of) living his AI dream.   Unfortunately–no matter how delightful he may seem– his singing style remains...eccentric.

Sanjaya's hair-raising performance of "Bathwater" was all wet.

Front act: Malakar's hair drew more votes than his lackluster vocal abilities. His rendition of John Mayer's "Waiting on the World to Change"–as well as his subsequent performances–failed to impress the judges. On No Doubt week, Cowell quipped, "Sanjaya, I don't think it matters anymore what we say. I think you are in your own universe and if people like you, good luck."

Audience response: He advanced in the competition despite being vocally challenged, with the rabid support of "Fanjayas." He placed seventh. His time on the show made him a parody favorite, with shows like Saturday Night Live spoofing his performances.

Post-AI life: He should have sold hair products instead. His musical ventures–Sanjaya Malakar (2007) and Dancing to the Music in my Head (2009) failed to take off. Squeezing what remains of his 15 minutes, he joined season two of the reality show I'm a Celebrity… Get Me Out of Here!, where he finished fifth place. His book, Dancing to the Music in my Head: Memoirs of the People's Idol, also bombed. He now works and sings at Pagliacci Pizza, reports Seattle Weekly.

Front act: Darrell donned skimpy swimwear in her AI audition to capitalize on her physical assets. Prior to her audition, she even asked host Ryan Seacrest to kiss her if she got the coveted AI Golden Ticket. Though Darrell didn't make the AI cut, she was invited to sing in the eight season's finale–where she engaged in a music-and-bikini showdown with then-new judge Kara DioGuardi.

Audience response: Not surprisingly, Darrell caught the attention of the male viewers. She reportedly got several offers from Las Vegas clubs after her AI appearance.

Tatiana del Toro in her element.

Front act: Instead of displaying her vocal range Del Toro displayed a riot of emotions. At first sight, she fit the AI bill–but she turned out to be a handful. As Scott Collins of the Los Angeles Times wrote, "She threw tantrums and sobbed like a newborn, the next minute airily dismissing people she considered her inferiors."

Audience response: Despite her bizarre audition, the judges gave her another chance. They brought her back for the eighth season's Wild Card round, but they–not surprisingly–decided not to give her a slot in the final 12. There were people who liked her for bringing drama to the show, but there were, of course, those who loved to hate her.

Post-AI life: According to news posted on her MySpace page, Tatiana is currently promoting her album. She's even performing in some Los Angeles clubs.

Front act: When she auditioned for AI's fifth season, she made it clear that she was a big fan of judge Paula Abdul. She had reportedly changed her name from "Sandra" to "Paula." She drew portraits of Abdul and tried to dress like her.

Audience response: The public didn't really get to know her until much later.

Post-AI life: She started to stalk Abdul after the auditions. In 2008, she committed suicide via drug overdose just outside Abdul's California home. Her suicide gained so much attention that pundits wondered if AI could survive the controversy.

Front act: Corey Clark made it to the Top 10 of AI's second season. Unfortunately, he was disqualified. AI producers said that he failed to disclose that he had an arrest record.

Audience response: Response to Clark's disqualification was met with minor controversy as the season progressed.

Post-AI life: Two years after his AI stint, Clark made entertainment news headlines via his book, They Told Me to Tell the Truth, So...: The Sex, Lies, and Paulatics of One of America's Idols. In it, Clark claimed that he and Abdul had a three-month long sexual relationship, as she had personally mentored him in the competition. Clark provided a voicemail message from Abdul and phone bills to prove his claim. Idol executives have denied Clark's claims.

Adam Lambert stirred up controversy at the 2009 American Music Awards.

Front act: Lambert's brand of entertainment was wonderfully crazy–from the notes he tried to reach, his outrageous outfits, and the theatrics that he injected into each performance. Cowell, known as the nastiest AI judge, even gave him a standing ovation for his performance of "Mad World."

Audience response: Lambert was only in the bottom three once, and was runner-up to Kris Allen in the eighth season.

Post-AI life: Adam Lambert is one of the more successful Idol alumni, even outselling that season's winner. His debut album, For Your Entertainment, debuted on the third spot of the Billboard chart. It initially sold close to 200,000 copies. His performance in last year's American Music Awards, where he kissed a male keyboardist caused even more uproar and made him more popular than ever.

Believe it or not, General Larry Platt's baffling ditty was a minor hit.

Front act: In his audition, Platt claimed to be a civil rights activist and then proceeded to sing his baffling original composition, "Pants on the Ground." Nobody knows what that song means, but the video clip of Platt's performance became a YouTube favorite.

Audience response: Around 116,000 copies of Pants on the Ground were sold and it even reached number 46 on the Billboard Hot 100.

Post-AI life: Platt performed in the ninth season finale. Apparently, his pants still has some fans.

Will the real Nick Mitchell please stand up?

Front act: Mitchell decided to audition as a character he made up named Norman Gentle. He wore a cloth headband, oversized glasses and howled "And I Am Telling You I'm Not Going," the signature song from the Broadway musical, Dreamgirls. He could sing in tune, but he turned AI into a comedy bar.

Audience response: He was eliminated during the eighth season's semifinals. His brand of campy comedy didn't seem to impress America.

Post-AI life: Mitchell has been a guest on talk shows He is reportedly hoping to host one himself. He performed his audition song at the ninth season finale, where he also accepted the AI Award for Funniest Audition.

Early on, it was clear that William Hung marched to the bang of his own drum.

Front act: Arguably, Hung blazed the trail for many crazy AI wannabes. He picked Ricky Martin's "She Bangs" as his audition piece. He sang it with gusto while executing his hilarious choreography. When Cowell commented on his less-than-stellar performance, he quipped, "You know, I have no professional training in singing and dancing." Cowell wasn't surprised, were you?

Audience response: Hung gained a following right after his audition was aired on TV. He was a guest on numerous talk shows such as The Ellen DeGeneres Show. His animated clay figure even appeared on MTV's spoof show Celebrity Deathmatch.

SPOT.ph wants to know: Who do you think is the craziest AI character?