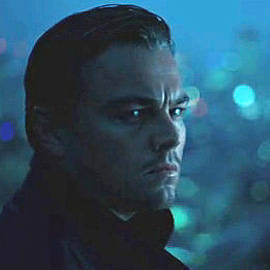 For the vast majority of moviegoers, the Hollywood summer of 2010 will be remembered with great fondness for Toy Story 3. For me, writer/director Christopher Nolan’s mind-manipulating, brain-bending Inception is THE defining movie of the season, if not the entire year. It’s one of those ultra rare movies that actually lives up to the hype and even surpasses the most fanatical expectations.

Because my full enjoyment of the movie was slightly diminished by a Hollywood review that revealed and spoiled a crucial detail about one of the female characters, I won’t provide a detailed plot summary here. Suffice it to say that there’s so much more to Inception than was hinted at in the trailer. Yes, one character’s mind is the scene of a crime, and yes, the crime’s perpetrators are a team of specialists played by Joseph Gordon Levitt, Ken Watanabe, Dileep Rao, Tom Hardy, Ellen Page and led by Leonardo DiCaprio. But this is merely the setup. The specifics of this trippy, breathtaking ride through the mazes of the mind will surely be the most intellectually absorbing 145 minutes you’ll spend in a movie theater this year and for many years to come. 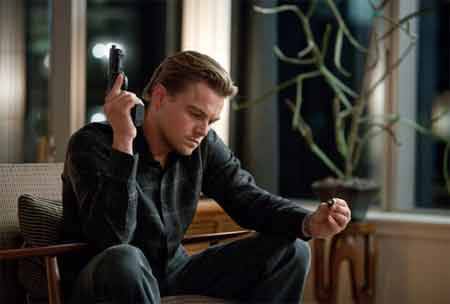 I can’t think of any other film which enthralled its viewers not mainly with its grade A cast, pixel-perfect visual effects and other flawless production values, but with its provocative IDEAS. Though only theoretical, the assertions which writer/director Chris Nolan makes in Inception about dreams and the subconscious all make sense, because he’s able to relate these to familiar, common experiences. Most of us have experienced what it’s like to fall from a height in a dream (a key plot point in the film), and we’ve all woken up from a dream that felt like it unfolded not just over a few hours, but over several days. In terms of inspiring viewers to want to know more about a particular topic, Inception will probably do for dreaming what the Indiana Jones movies did for archeology, and what The Da Vinci Code did for Leonardo Da Vinci. This is no small achievement, especially for a film which sprang from the mind of a filmmaker whose greatest prior success was The Dark Knight, the top-grossing movie ever made about a comic book superhero. Thanks to Inception, there will probably be thousands of young folk out there who will now want to devote their lives to studying dreams and the subconscious.

Also praiseworthy is the manner in which Nolan handles all his tricky exposition onscreen. The discussions about dreams never become dull because the characters use words and analogies that are easy to understand. Also helpful are the mesmerizing performances of the actors, who deliver their loaded lines quickly but efficiently, with no desire to waste the audience’s valuable time. These and the tightness of the editing are the reasons why Inception, even though it clocks in at 2 hours and 25 minutes, does not feel a minute too long or too short. That’s all the more stunning when you experience the film’s white-knuckle climax and see how Nolan and his editor successfully stretched six seconds of real time into a 15-minute tour de force involving an army of snow mobiles, a corridor with zero gravity, and an old man whose last moments on earth recall the finale of another mind-bending movie classic, 2001: A Space Odyssey.

Was that a dream or is it real? This is the question that you will repeatedly ask yourself as Inception unravels. The events depicted in the movie aside, Inception is, thankfully, very very real. Thank you, Christopher Nolan, for sharing this dream of a movie with us, and for assuring movie lovers everywhere that there’s still hope for those who constantly dream of better movies to behold during their waking hours.

Inception Moviereview Leonardodicaprio
Your Guide to Thriving in This Strange New World
Staying
In? What to watch, what to eat, and where to shop from home
OR
Heading
Out? What you need to know to stay safe when heading out