MOVIE REVIEW: The Chronicles of Narnia: The Voyage of the Dawn Treader
Loading
Already a member? Log in
No account yet? Create Account
Spot.ph is your one-stop urban lifestyle guide to the best of Manila. 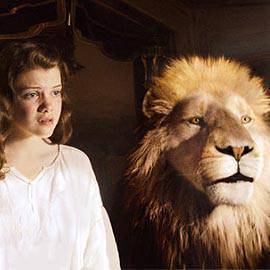 MOVIE REVIEW: The Chronicles of Narnia: The Voyage of the Dawn Treader

SPOT.ph movie reviewer Paul Daza says the latest Narnia film is "entertaining, but not excellent...good, but not great." 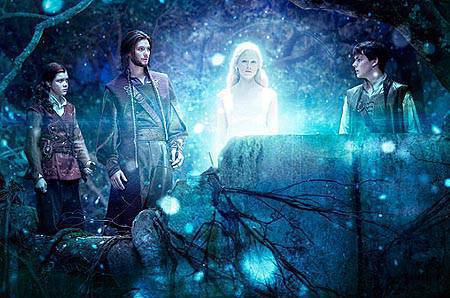 Georgie Henley, Skandar Keynes, Will Pulter and Ben Barnes star in The Chronicles of Narnia: The Voyage of the Dawn Treader

Currently showing in a few theaters in Metro Manila is the 3D version of The Chronicles of Narnia: The Voyage of the Dawn Treader (The more affordably-priced, 2D version will be released this Thursday, December 9). A delightful fantasy film, Dawn Treader is the third movie adaptation based on C.S. Lewis' beloved Narnia books, one which the entire family- especially its very young members - can bond over.

Trailer of The Chronicles of Narnia: The Voyage of the Dawn Treader

The Voyage of the Dawn Treader is about the exciting adventure which siblings Lucy Pevensie (Georgie Henley) and Edmund Pevensie (Skandar Keynes) become a part of  when they're transported to Narnia by a magic painting that plops them in the middle of the ocean. Joining them (albeit involuntarily) is their obnoxious cousin Eustace (Will Poulter), whose disposition towards Narnia and its inhabitants is a far cry from that of the Pevensies. Minutes after arriving in Narnia, the three children are plucked from the sea by the majestic Dawn Treader ship, where Lucy and Edmund are reunited with their friend Caspian (Ben Barnes). Now King of Narnia, Caspian tells them that he's on a mission to find out what happened to the seven noble Lords who were sent into exile by Caspian's evil uncle. Caspian and his men, it is hoped, will also find the swords the Lords  had with them, which have the collective power to defeat the evil White Witch (Tilda Swinton). But to succeed in his mission, Caspian, the Pevensies and the crew of the Dawn Treader must survive deadly encounters with invisible giants, sinister slave-traders, a mysterious dragon, and many other fearsome obstacles.

More than the two earlier Narnia films -The Lion, The Witch and the Wardrobe and Prince Caspian - The Voyage of the Dawn Treader is more episodic, like The Odyssey and Disney's recent live-action blockbuster Alice in Wonderland. In fact, the most famous line from Alice, "Curiouser and curiouser," appears to have been paraphrased in a line uttered by the exasperated Eustace in Dawn Treader as, "This place just keeps getting weirder and weirder!"

With the quest format as its backbone, the latest Narnia chronicle moves at a brisk pace, introducing viewers to new characters and transporting them to ever more exotic and magical realms every 15 minutes or so. One minute you're transfixed by translucent mermaids, and in the next, you're shuddering with fear at the sight of a killer mist that's out to smother the good guys. There's also an eerie pool in a dark cave that turns any living thing that takes a dip in it into gold, and an awe-inspiring vortex of water that serves as a bridge between worlds. And yes, this water tunnel is even cooler in 3-D!

The most entertaining element in the movie, however, is not one which was brought to life with the aid of digital wizardry, at least not in the first half. At the screening  I attended, it was child actor Will Poulter's hilarious portrayal of the bratty Eustace that had the kids in the audience in stitches. Normally, when a child actor plays an irritating kid, the audience (especially the adults) has the tendency to find the performer annoying as well. This isn't the case with Poulter, whose scenes as the despicable Eustace are always worth a chuckle or two. 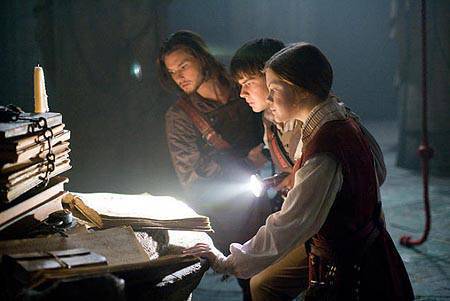 And yet, despite the laughs, the quick pacing, the impressive set pieces and some cool 3D shots, The Voyage of the Dawn Treader isn't a totally satisfying fantasy flick- not if you're a grown-up. It's an entertaining movie, yes, but not an excellent one. It's good, but not great. The film's look, for one, could have been vastly improved. What's great about fantasy films is that they're limited only by the imagination of the production designer and the director. Tim Burton's Alice In Wonderland, for example, was a stunningly beautiful visualization of a realm that I  thought had already been defined definitively by the Disney animated feature from the 1950s and the Hallmark mini-series from the ’90s. And yet, when I saw Burton's version, the feeling I got while watching it was that I was watching Alice in Wonderland for the first time. For me, every frame that showcased Burton's Wonderland was a work of art. While watching The Voyage of the Dawn Treader, I felt the opposite- that I had seen it all before. The scene where our good guys are chasing a dragon, for example, would have been more impressive were it not for the fact that it was inferior in every way to a similar scene in How To Train Your Dragon, which had better camera angles, more rousing music, and more vertiginous use of  3D technology. There's also an earlier scene where an old man is using a magical map to show Caspian the treacherous route he must take to fulfill his mission. What's so magical about the map? It has illustrations on it that move around, like ships moving across oceans. To make it look more magical than the Marauder's Map used in the Harry Potter movies, the production designer of Dawn Treader gave their movie map a 3D quality- an illusion of depth. That would have worked, except that this map looked like a cheap imitation of the giant LED screen which Zhang Yimou used to jaw-dropping effect at the 2008 Beijing Olympics opening ceremony. Here's a rare instance when a tool in a magical realm is inferior to its real world counterpart.

Another problem with Dawn Treader has to do with how some of its conflicts were resolved too easily. There's a sequence near the end of the film, for example, which starts wonderfully. It shows King Caspian and Edmund turning on each other because dark forces have made them power-hungry and greedy for gold. As they're about to duel one another in a swordfight, guess what happens? Lucy scolds them with a short speech and tells them to stop fighting and "resist the temptation." And wouldn't you know it, little Lucy's speech works!  The boys drop their swords and are ready to accomplish their mission together!

While there is certainly value in teaching children that talking things over is one of the most peaceful ways to resolve a conflict, I guess the adult movie fan in me simply won't settle for a Sesame Street solution to this kind of a problem, especially in a fantasy film! Sometimes, you just want to see a kick-ass battle scene to determine who's boss, to separate the men from the boys.