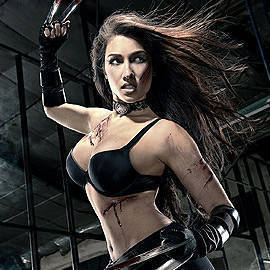 The all-female photo exhibit meticulously recreates each character for the camera and combines Tablante’s fascination for comics, video games, and anime with a graphically-charged interpretation of signature female characters from his "geeky imagination."

Tablante, who has been shooting professionally for eight years, is a self-confessed geek. "I’m a frustrated illustrator," he told Marvel.com in a recent interview. "If I can't draw my favorite game babes, I can still shoot them!" The exhibit follows the same concept of his 2008 show Pop! Nostalgia, which also paid homage to pop culture icons that inspired him to be a photographer. "I’d like people to come out of the exhibit with a sense of child-like wonder," Tablante said.

SPOT.ph grilled the photographer on what it was like to work with some of today’s hottest names in showbiz (and beyond), and this is what he said:

On Solenn: "She was complete professional, and does her homework. The leather pants we got to use were hers, and she did her own prosthetic make-up, which was super cool. We chose X-23 for her because she’s your deadly combination of a sporty bod and killer looks."

On Alodia: "Of course, working with the one who made a name with cosplay was nothing short of a pleasure. She cosplayed several characters for the exhibit."

On Rhian: "She has been my ’muse’ for the past few years... it was with the shoots we do for fun, that built that rapport. Having her cosplay as Rogue was just a natural for her." 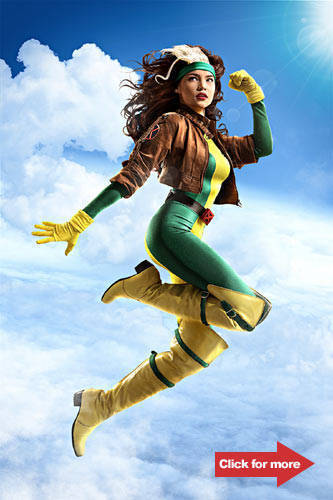 Les Femme Fatales will run on February 22 - March 6, 2011 at The Crucible Gallery, 4/f Mega Building A, SM Megamall. Proceeds from the exhibit will go to the Vincentian Missionaries Social Development Foundation.