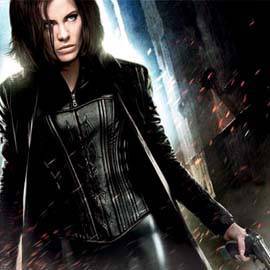 <em>Underworld Awakening</em> "could have been the best film in the franchise," says our SPOT.ph movie reviewer. 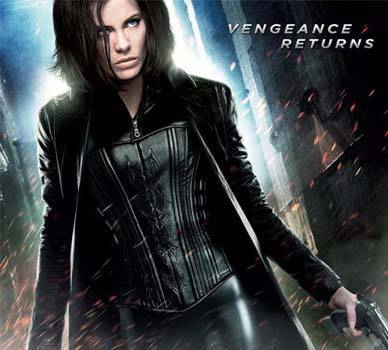 (SPOT.ph) With Kate Beckinsale back as deadly werewolf killer Selene, not to mention other cool conversation pieces such as a 12-year-old vampire/werewolf girl, a troll-sized lycan, and post-Avatar 3D imagery, Underworld Awakening had the potential to be the best movie yet in the nine-year-old Vampires vs. Lycans franchise.  And yet, when the newest sequel ends, it gives off the whiff of greatness not quite achieved. I'm guessing that only a few die-hard Underworld fans will point to Awakening as their favorite in the series. For most, the one to beat would still be the first Underworld that was released in 2003.

So where did Underworld Awakening stumble?

It begins, obviously enough, with vampire "warrioress" Selene (Beckinsale) awakening from a 12-year cryogenic slumber in the biotech corporation, Antigen. The world Selene sees after escaping the facility with the aid of a mysterious friend is vastly different from the one she remembers: now, vampires and lycans have been hunted to near extinction after humans discovered their existence. As if that wasn't unsettling enough, Selene is also shocked when she's told she now has a 12-year-old daughter named Eve (India Eisley), whom she must protect from those who would use the child to exterminate vampires and werewolves forever.

To work their magic, sequels must tread a delicate balance between giving fans what they've come to expect from the series, while at the same time adding new ingredients (characters, plot twists) to deepen the saga. Simply put, sequels must give a series' followers something old and something new. 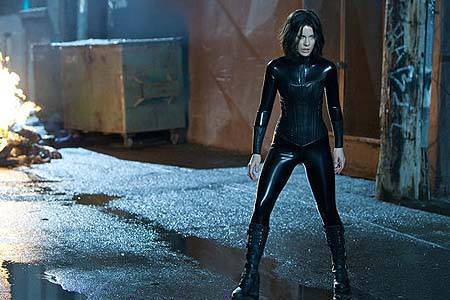 In terms of the old, Underworld Awakening efficiently delivers. Series staples, such as the blue-hued cinematography that gives the movie a moonlit glow (even in day scenes), and the kinetic, Matrix-inspired action scenes showing the werewolves and vampires at each other's throats are once again competently and graphically mounted. The best returning element of the series is, of course, Beckinsale herself. Seeing her execute high-flying somersaults in that tight leather costume while using both hands to fire silver bullets at rampaging werewolves is already worth the admission fee.

Sadly, it is with the new ingredients that Awakening has its problems. For one thing, its use of 3D-a first for the nine-year-old franchise-leaves much to be desired. Considering how many lycans leap at the camera and are blown to smithereens during the breathless and ultra violent action scenes, I can't recall seeing a single 3D money shot that would've justified the additional P100-P150 cost of a 3D screening. There's not one "in your face" shot or sequence that stays with you.

Other disappointing new ingredients have to do with the character of Eve, which were surely pegged on two unforgettable monster movies. The idea of giving Selene a daughter to care for was surely inspired by the Ripley-Newt bond which James Cameron mined to perfection in the Oscar-nominated sci-fi blockbuster Aliens (1986). Similarly, making Eve a frightening monster child was undoubtedly an influence of the brilliant coming-of-age vampire film, Let Me In (2010).

Sadly, though, the filmmakers behind Underworld Awakening never even come close to matching the emotional whallop those films delivered in Selene's newest life and death struggle. There's not one touching scene in the film that results from Selene and Eve's mother-daughter bond. As for Eve showing what a bloodthirsty little immortal she is, she does have a splendid, shocking intro in an early scene where she's being chased by lycans, but that's it. Later in the film, she's given a couple of fight scenes to figure in, but none of them are as indelible as the swimming pool massacre from Let Me In. Talk about wasting a character that was pregnant with possibilities!

The same can also be said of the gigantic lycan that makes its debut in Underworld Awakening, a creature that would have been more impactful had the filmmakers given us more info about where it came from or why it was created. The troll that attacked Hermione in the bathroom in Harry Potter and the Sorceror's Stone made more of an impression with far less screen time than this gigantic werewolf, for goodness' sake!

Long story short, Underworld Awakening could have been the best film in the franchise considering these tantalizing new ingredients, but the filmmakers simply didn't have the skill to spin cinematic gold from them. The whole Lycans-versus-Vampires blood feud is still cool, but it's a shame that the franchise's fourth film didn't succeed in making it even cooler.

Check the schedule of Underworld Awakening

Underworld Awakening Moviereview Katebeckinsale
Your Guide to Thriving in This Strange New World
Staying
In? What to watch, what to eat, and where to shop from home
OR
Heading
Out? What you need to know to stay safe when heading out