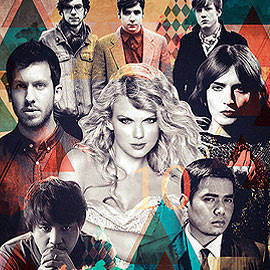 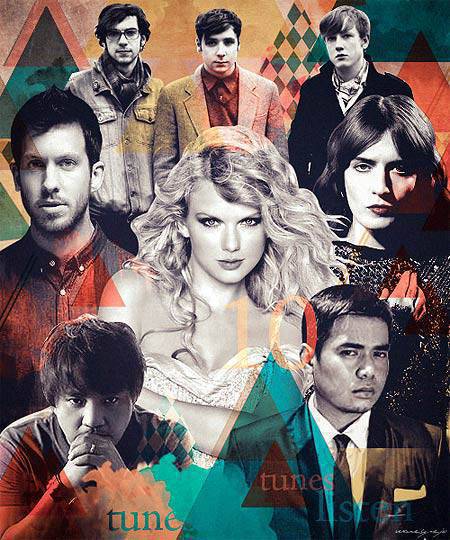 Fun fact: According to NME, "Sleep Alone" was inspired by the drug-induced dreams of Trimble.

"Sirena" isn’t just topping local charts because of its catchy beats topped with Gloc-9’s flawless raps and Ebe Dancel’s unique crooning. People are also talking about the single’s message of support for the LGBT community. The line that made the most impact on us: "’Di sinusukat ang tapang at ang bigote sa mukha / Dahil kung minsan mas lalake pa sa lalake ang bakla."

Fun fact: In an interview with MYX, Dancel talked about the song and its music video: "The song chronicles the life of a gay person. Mula sa pagkabata hanggang sa deathbed nung tatay niya."

Song: "We Are Never Ever Getting Back Together"

What sets this breakup ditty apart from the past releases of country sweetheart Taylor Swift is its
sassiness and sarcasm. Sure, she’s had better lead singles, but this one has an in-your-face factor you can’t resist. Our favorite line? "And you will hide away and find your piece of mind / With some indie record that’s much cooler than mine."

Art rock act Pedicab is out with a travel-themed music video for their single, "Otomatik." The track, off their newest album titled Kaya Mo Mag-Sando?, is an electronic dance ditty with funky disco beats and is characteristic of the band's quirky humor.

Fun fact: The music video was shot in Vietnam.

Fun fact: In an interview with Fuse, Welch talked about this collaboration with Harris: "It was a swap, really. I wanted a remix; he wanted the vocals, so we just traded."

Love in Athens’ "Shell Canvas," off Half-Awake in the Morning Haze (EP), is an atmospheric synth
creation that will make you want to take a long drive to the beach.

Fun fact: Love in Athens is a synth-rock, indie-rock, and post-rock music project of Francis Maria Regalado that started in 2008.

Folk rockers Mumford & Sons are back with a new record, Babel, three years since their debut effort, Sigh No More, wowed music fans everywhere. The lead single, "I Will Wait," starts strong and finishes stronger-with an attack of banjo, shakers, and percussion.

Fun fact: According to Rolling Stone, the band worked on Babel while on tour for the past two
years.

The "Par Que" music video, set in Rizal Park, shows Dong Abay as he sings of what could be our national hero’s commentary on our society today. Abay shows his versatility as an artist, veering away from his punk-rock trademark and adapting a more synth-heavy sound.

Fun fact: Rebulto, the album from which "Par Que" is taken, is the artist’s tribute to our national hero, Jose Rizal.

The Pinback duo returns after their 2007 Autumn of Seraphs’ success with the full-length album,
Information Retrieved. One of the tracks, "Proceed to Memory," is an atmospheric rock anthem with chant-like shouts and hypnotizing layered vocals.

Fun fact: According to Interaskyon, The Morning Episodes have signed up with Los Angeles-based recording company Sly Doggie Productions for the international release of their forthcoming album titled Never Felt So Alive.

Taylor Swift Gloc 9 Ebedancelo Florenceandthemachine Pedicab
Your Guide to Thriving in This Strange New World
Staying
In? What to watch, what to eat, and where to shop from home
OR
Heading
Out? What you need to know to stay safe when heading out