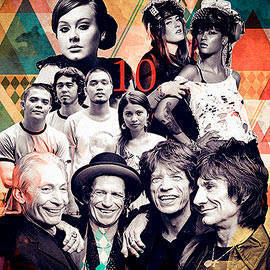 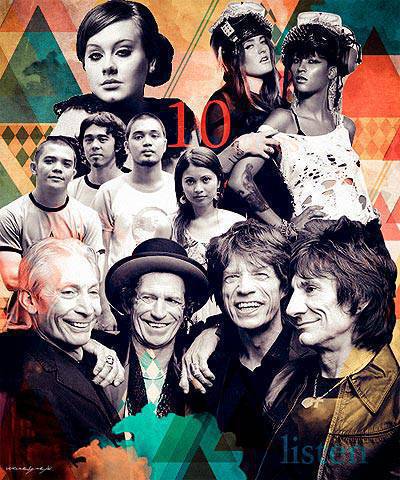 Five decades and counting, The Rolling Stones are still rocking hard. The legendary rock-and-roll band recently released its first studio recording since 2005 titled "Doom and Gloom." It starts off with an in-your-face, rough riff courtesy of Keith Richards and is followed by Mick Jagger’s refreshed and pumped vocals (with occasional growls and stretched syllables). The track isn't a Stones classic, but it's enough to prove that the band, without a doubt, still owns rock and roll.

Jazz-pop quartet Hidden Nikki just came out with their music video for "Gabi ng Sayawan," a chill single that will make you sway to classic-jazz melodies with bits of modern sounds. Sweet and smooth, this is one love song you have to put on loop.

Fun fact: Hidden Nikki started in 2004 and was more influenced by the Australian rock band Silverchair.

Adele is now officially a Bond girl. In this 007 track, the award-winning songstress croons through rich and bold melodies reminiscent of Shirley Bassey’s "Diamonds are Forever." Adele sounds incredible, as always, as her powerful voice crawls through the slow, melodramatic tempo that explodes towards the end.

Fun fact: "Skyfall" was written by Adele and her "Rolling in the Deep" collaborator Paul Epworth.

Song: "Good for You"

Fun fact: Icona Pop is Aino Jawo and Caroline Hjelt. "Good for You" is part of their Iconic EP, which dropped last October 16.

Song: "Not Giving In"

Hackney, London’s Rudimental follows up their hit single "Feel the Love" with "Not Giving In," an inspirational masterpiece aided by the voices of John Newman and Alex Clare. Be sure to add this powerful and moving drum-and-bass single to your must-hear playlist.

Fun fact: The music video, written and directed by Josh Cole, was shot in Manila. It was inspired by the life of Cole’s friend, world champion B-Boy Mouse.