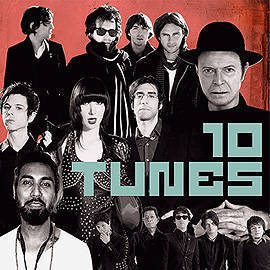 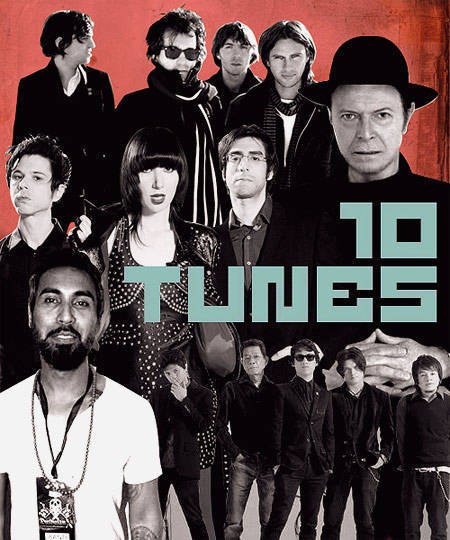 Song: "The Stars (Are Out Tonight)"
Artist: David Bowie
The legendary David Bowie recently released his second single from his forthcoming album titled The Next Day, which is expected to drop on March 12. "The Stars (Are Out Tonight)" will please Bowie fans as it brings back his familiar sound. With pulsating guitars, electrifying synths, and lyrical playfulness (We love the "ooh ooh ooh ooh" backing vocals), this is one great comeback track.
Fun fact: In the music video, Bowie stars alongside androgyny icon Tilda Swinton and models Andrej Pejic and Saskia De Brauw.

Song: "Better Days"
Artist: Franco
Franco Reyes, frontman of the band Franco, is out with his solo album under MCA Music titled Soul Adventurer. The first single, "Better Days," is a mix of his alternative rock, metal, and reggae influences. Hear his signature vocals in this original single.
Fun fact: Franco Reyes is set to have his first solo major concert on April 6 at the Music Museum.

Song: "Entertainment"
Artist: Phoenix
French alternative-rock band Phoenix have released a sampler from their forthcoming album, Bankrupt, to be released on April 23. "Entertainment" is a supersonic, electronic-rock track with prominent synths and guitars, which works to get fans psyched for the release of the band's follow-up to 2009's Wolfgang Amadeus Phoenix.
Fun fact: Phoenix is one of the headliners for this year’s Coachella Valley Music and Arts Festival.

Song: "Dance With Me"
Artist: No Rome
No Rome’s debut single, "Dance With Me," is a chill, dance-y, electro-pop ditty that can make for one great summer anthem. You’ll probably be reminded of Toro Y Moi’s sound as you hear the smooth synths and piano melodies.
Fun fact: No Rome is 17-year-old Rome Gomez.

Song: "A Tattered Line of String"
Artist: The Postal Service
The electro-pop duo from Los Angeles has released fresh material from the 10th anniversary re-issue of their 2003 debut, Give Up. The indie-pop-disco feel comes with some pretty somber lyrics delivered by Ben Gibbard (with backing vocals by Jenny Lewis). Pops of synth and electronic beats are courtesy of Jimmy Tamborello.
Fun fact: "A Tattered Line of String" is one of two new tracks in the duo’s April 9 release.

Song: "qwerty mouse"
Artist: Modulogeek
Electronica artist Modulogeek a.k.a. Joon Guillen has released a four-track EP titled qwerty mouse. The album, which lasts a little over 10 minutes, is a relaxing mix of electronic beats in varying tempos-ones that you can bring along with you on your summer road trip.
Fun fact: You can download the EP here.

Song: "Ask Yourself"
Artist: Nabiha
The pop-soul songstress’ latest single is an emotional and inspirational ballad-quite a break from her past edgy and bubbly releases. Here, Nabiha showcases her more vulnerable side and highlights her vocal prowess.
Fun fact: Nabiha has Danish and North-West African roots.

Music 10tunes
Your Guide to Thriving in This Strange New World
Staying
In? What to watch, what to eat, and where to shop from home
OR
Heading
Out? What you need to know to stay safe when heading out