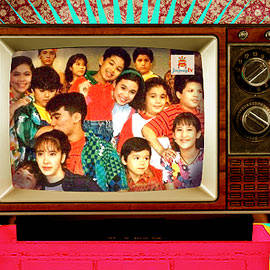 Jeepney TV: Why We Got Off Quickly

Can Jeepney TV sustain the nostalgia it started off with? 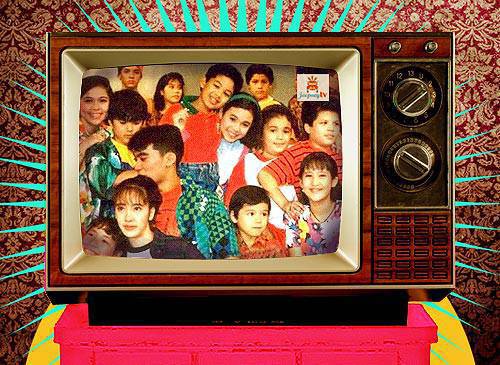 (SPOT.ph) It’s not that difficult to explain to the Internet generation the 30-something’s unbridled nostalgia for Pinoy ’80s television: it was all we had. While you guys now have your Twitter and Facebook and Instagram and Vube and HBO and a plethora of cable channels, we only had Channel 2 (The Star Network), IBC 13 (Where life begins!), GMA 7 (Where you belong!) and Channel 9 (where we got to watch the old Dolphy movies over and over).

Nostalgic! When was the last time you saw or heard the GMA network theme?

Not that we were complaining about the dearth of choices. Post-People Power TV was probably Philippine television’s finest moment. The atmosphere of courage and change inspired daring shows like Sic O’ Clock News and Public Forum, Cafe Bravo and Probe Team.

We enjoyed our Regal Shocker and Tonight with Dick and Carmi and Palibhasa Lalake tremendously, but when we were ready to think a little more maturely and open our eyes to the world outside our chunky little Toshiba TV sets, Cheche Lazaro was there to hold our hand by delivering the stories behind the headlines.

And then they pulled the plug on Abangan and Susunod na Kabanata in the late ’90s and, well, we lost our interest. But that was 10 years of fun, engaging, informative television. After that, we couldn’t imagine watching local programming apart from our weekly indulgence in The Buzz.


So imagine our joy when we got a glimpse of Jeepney TV for the first time in October of last year. Putting back their old shows on air is probably the best idea that came out of ABS-CBN in years. That afternoon, we saw Ang TV, the excellent Bala at Lipistik, and Kuya Dick doing his Rick Astley moves to "Never Gonna Give You Up." And then there was the promise of seeing Ryan Ryan Musikahan the coming Monday night and every Monday night thereafter.

But imagine our disappointment when they showed what seemed like hours of Pangako Sa ’Yo for one night, and then the next night, followed by the John Lloyd-Bea soap, It Might Be You. Do we really need to see these again, this early? In comparison to the teleseryes ABS-CBN is producing now, these two look like GMA 7 dramas-for their glamour-less afternoon slot. Do we really need to see HomeBoy so soon? Wasn’t the message clear when we ignored it entirely the first time?


Because once is not enough!

Couldn’t ABS-CBN have curated the programs better? Yes, we like to indulge in looking back but we prefer our nostalgias curated. We get it: ABS-CBN via Jeepney TV isn’t out to please 30-somethings exclusively. But it could have done us a little favor by taking us entirely through its wonderful first 10 years (after all, didn’t we help them get to their next 10?), and itself a little favor by painting a more charming portrait of a network that once produced entertainment that was fun, irreverent, and smart.

Jeepney Tv Philippineentertainment Thebuzz Sicoclocknews Publicforum Probeteam
Your Guide to Thriving in This Strange New World
Staying
In? What to watch, what to eat, and where to shop from home
OR
Heading
Out? What you need to know to stay safe when heading out