Channel Surfing: 10 Pinoy Primetime TV Shows You May Want to Check Out
Loading
Already a member? Log in
No account yet? Create Account
Spot.ph is your one-stop urban lifestyle guide to the best of Manila. 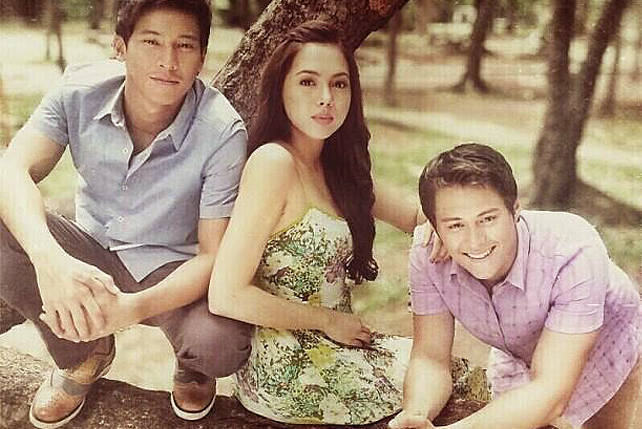 Channel Surfing: 10 Pinoy Primetime TV Shows You May Want to Check Out

We try to clue you in on what’s showing on weeknights. 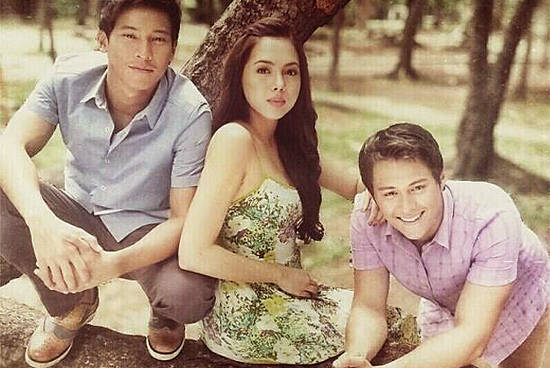 (SPOT.ph) All the fuss over GMA Network’s My Husband’s Lover made us curious about what else local TV is serving up as primetime fare. Frankly, some of the offerings surprised us. Whether the surprise was a pleasant one or not is for you to find out. So, grab some Boy Bawang and scroll down for our brainless verdicts on the current weeknight shows aired by the country’s three major TV networks.

It’s a traditional tearjerker-what with the title character being a rich family’s kidnapped baby girl (eventually played by "tween-age" actress Andrea Brillantes) who grows up under impoverished circumstances. Plus, she gets abused by her unofficial mommy Stella (Kaye Abad). Her only consolation is that her unofficial daddy Guido (Zanjoe Marudo) loves her very much. It turns out Stella is actually the vengeful ex of Annaliza’s real dad, Lazaro (Patrick Garcia), whom she wants to punish for dumping her all those years ago. Annaliza’s real mom is Belle (Denise Laurel). Anyway, Stella is in cahoots with Makoy (Carlo Aquino), the man who actually kidnaps Annaliza. Zanjoe as Guido is quite believable, as he and Andrea have that parent-child cinematic chemistry. But we have to say it’s disconcerting to see Kaye Abad being cruel to a child...even if it’s just for show. Moral of the story: Be kind to the people you break up with...or they’ll kidnap your kids. (In case you didn’t know, this is a remake of the soap opera that starred the late Julie Vega in the title role.)

The title character, who’s supposed to defend people from aswangs, is played by Coco Martin. His weapon is an iron cross that can transform into different weapons such as a bow-and-arrow set, whip, spear, and sword. You could say that you don’t want to cross him. It’s been revealed that Juan is actually half-aswang and half-taga-bantay (guardian). Apparently his late mom Amelia (Mylene Dizon) belonged to a family of these divine "security guards." Juan’s aswang genes have given him superior strength and night vision. His love interest is a woman named Rosario Galang (Erich Gonzales). Still, we keep waiting for Juan to say, "Yammee!"

Unless you’ve followed this series right from the start, this is one tangled tale that would make you scratch your head in confusion. Essentially, there’s poor girl Marietta (Cherie Gil) and rich girl Carissa (Agot Isidro). They’re half-sisters (same dad, different moms). They fall for a guy played by Jestoni Alarcon (who’s some sort of shady character who uses the names Nicolas and Ricardo). Evetually both Marietta and Carissa get pregnant (we’re not sure if they both got knocked up by the same guy) and give birth at the same place and at the same time. Carissa seeks refuge in Marietta’s home after her mom Adelina (Susan Roces) throws her out for getting preggers out of wedlock. Marietta’s mom Elvira (Pilar Pilapil) switches the babies. Now, we don’t know who’s who. Carissa raises Francis (Enrique Gil), while Marietta raises Sarah (Julia Montes). Marietta also has another child, Leonel (Enchong Dee). There’s a love triangle thing going on but we don’t know if that’s really the case. We still can’t get over the fact that Cherie Gil is playing a poor character. We like her all snooty, haughty, and full of hate.

This is the telenovela where Judy Ann Santos plays Anessa, who marries a rich and handsome man named Eros (Sam Milby), who turns out to be physically abusive. In the first place, he just married her so he could help his family claim her family’s land. He has a dalliance with bitchy and beautiful Alexis (KC Concepcion). Anessa, with her baby in tow, runs away from her horrid husband. Unfortunately, some gun-toting henchmen go after her. She gets shot and is left for dead. She’s in a coma for a while but she eventually snaps out of it. However, she has lost her baby (she left the kid somewhere when she was pursued by the gun-toting baddies). A law enforcer named Alejo (John Estrada) is keen on searching for and helping Anessa but his wife Athena (Mylene Dizon) thinks something fishy is going on between them. But, don’t worry, Anessa’s on the mend and is set to kick some ass. Yes, we noticed nearly all the characters have Greek names. Judy Ann learned Krav Maga for this soap. KC is better as a villain.

Krystal Reyes, Barbie Forteza, and Joyce Ching share the title role. They’re all named "Anna Karenina" (Krystal is nicknamed "Anna," Barbie is "Karen," and Joce is "Nina") and are all being considered as the potential heiress of the Monteclaro fortune. (We initially wondered why they haven’t opted for DNA testing, but a SPOT.ph reader informed us that DNA testing is not an option since the supposed mother of the Monteclaro kid is an adopted child and the Monteclaros don’t know or have no contact with the man who impregnated her.) This is another tale that will make you go, "Anyare!?" The crazy thing we noticed about this show is that they’ve cast incredibly young actresses to be the girls’ moms. One of them is Yasmien Kurdi, who is all of 24 years old. Consider the fact that Krystal is 16, Barbie is 15, and Joyce is 18. The numbers just aren’t right. (In case you didn’t know, this series is a remake of the 1996 original which starred Antoinette Taus, Sunshine Dizon, and Kim delos Santos.)