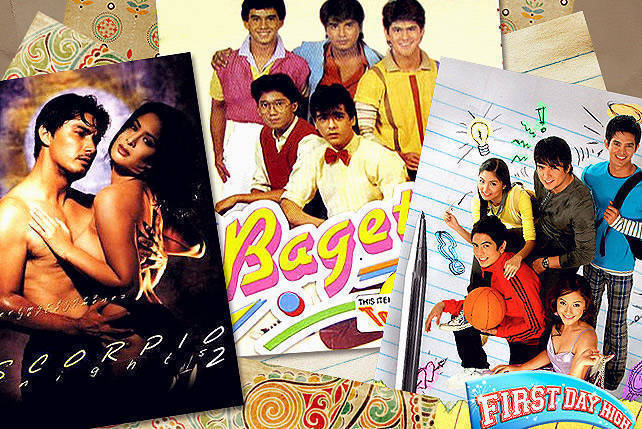 We list 10 Pinoy movies that fleshed out the highs and lows of school life. 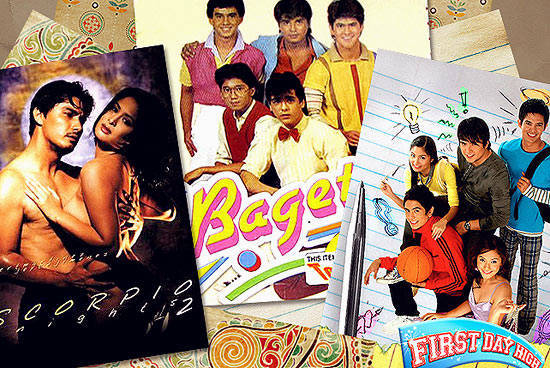 (SPOT.ph) In theory, we go to school to get educated. But we all know we end up learning other things besides how to find X-we get a crash course on life as we deal with "terror" teachers, peer pressure, and parental dictatorship. If we’re lucky, we forge lifelong friendships along the way. Otherwise, we make enemies for life. (Go ahead and block that bully who now wants to be your Facebook friend. WTF!)

To mark the start of the school season and to reminisce about the days of uniforms, term papers, and class cards, SPOT lists 10 Filipino films that celebrated the highs and lows of school life. Hopefully, you’ll feel nostalgic-or thank God you’re no longer in school.

This article was originally published on June 23, 2010.

This pair is too busy learning love lessons.

Reel deal: This is the story of best friends Mae Chua (Kim Chiu) and Bogs Marasigan (Gerald Anderson). She falls in love with him first and has to go through college seeing him fall in love with other girls. It’s a classic "I’m in love with my best friend!" story and school is just incidental. We don’t really wonder if Mae is able to study or not because her "love life" (or lack thereof) is more interesting.

Bits and pieces: If James Cameron’s Avatar (2009) had "I see you," then this movie has "Bogs, sana makita mo rin ako. Kasi ako... Ang nakikita ko... Ikaw lang," which was delivered by Mae.

Is it really that important to be a part of the "in" crowd?

Reel deal: We like this college flick because it doesn’t rely on angst alone. There’s a mystery at the heart of the story. Everyone wants to find out who contaminated the drinking water of the basketball team. The film’s various cliques are identified by their colors. The jocks go for red, the nerds have yellow, the posh girls love purple, the rebels wear black, and the nice kids don blue.

Lesson learned: What you wear on campus defines who you are. Seriously.

Bits and pieces: The "color coding" concept is reminiscent of a memorable school-oriented Rexona commercial.

There’s a wealth of corny jokes in this movie.

Lesson: Sometimes school should not be taken too seriously. (Take note of the word, "sometimes.")

Bits and pieces: Arroyo revealed that his character’s name was chosen because it was also his father First Gentleman Jose Miguel "Mike" Arroyo’s given name. (We feel for you, FG. Ugh!)

It’s no wonder why Joyce Jimenez was dubbed as "Pantasya ng Bayan."

Reel deal: The first Scorpio Nights (1985), which was directed by Peque Gallaga, was one of the first local art films. It made such a huge impact in the film scene that it spawned a sequel. This time around, the story focuses on Andrew (Albert Martinez), a Physics professor, who is seduced by his oh-so-luscious student Valerie (Joyce Jimenez). The film was the launching movie of Jimenez, who stood out from the assembly line of sexy stars in the late 1990s. You see, the other girls were mere hipons (nice body, so-so face). Jimenez had an angelic face to go with her voluptuous body.

Lesson learned: Don’t hit on your teachers. Please don’t. (Unless, of course, they look like Albert Martinez. Relax. We’re joking.)

Bits and pieces: This is the first film that Erik Matti directed. 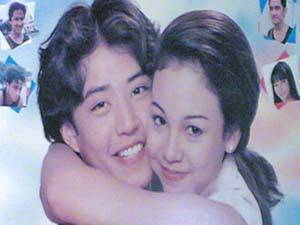 Mark Anthony Fernandez and Claudine Barretto were the hottest young stars back in the mid-1990s.

Reel deal: Childhood friends Nonoy (Mark Anthony Fernandez) and Jenny (Claudine Baretto) are students at the University of the Philippines. Nonoy is a track star and the campus jock tag goes to his head. He takes Jenny for granted. Then, he suffers an injury. When his fair-weather upper-class friends desert him, he comes back to his senses.

Lesson learned: If you’re poor but smart, you have a shot at making it big-but that doesn’t mean you can infiltrate the sosyal crowd just like that.

Bits and pieces: Claudine and Mark became a real-life couple. There were plans of reuniting them in a television show, but things somehow didn’t work out. What makes this film a real gem is that it is also a brilliant commercial retelling of the parable of The Prodigal Son.

Grunge-inspired fashion was all the rage back then.

Reel deal: An all-girl barkada-played by Vina Morales, Donna Cruz, Donita Rose, and Geneva Cruz-goes through some major changes during their college years, threatening to ruin their friendship.

Lesson learned: Friendship doesn’t exist in a vacuum. Some people-and events-are bound to test it.

Bits and pieces: The film was shot at the UP Los Baños campus.

We can’t get over the too-colorful clothes.

Lesson learned: Growing up is a painful process. So, it helps to have your buddies with you. (Misery loves company anyway.)

Bits and pieces: The first installment was so successful that it spawned off a sequel, sans Muhlach, whose career was beginning to soar around that time. Most of the members of the original cast were retained, and a few new ones joined the sequel, most notably the late Francis Magalona. 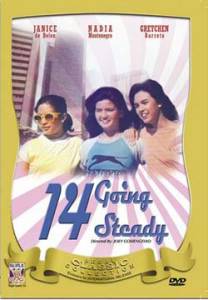 Girls just wanna have fun...and then some.

Reel deal: Joey Gosengfiao’s teen flick is a who’s who of the cutest girls of 1980’s: there’s a very slim-and-cute Janice de Belen, tisay Gretchen Baretto, and Brooke Shields look-alike Nadia Montenegro. It’s the usual teen story about adolescents trying to find their way through life. Janice is a type A student itching to be the top dog in the school paper. Nadia is a tomboy learning how to become a lady. Gretchen, meanwhile, is a poor girl trying to fit in with thesosyal crowd. Hmmm...

Lesson learned: Just be yourself, damn it.

Bits and pieces: Some of the most memorable scenes for fans include De Belen and Barretto driving around the city in a sports car and La Greta dancing a la Fame.

Some rites of passage don’t have to continue.

Reel deal: Directed by Mike de Leon, the film follows seven fraternity neophytes undergoing the embarrassing and often brutal initiation rites of fraternity Alpha Kappa Omega. The film’s lead character is Sid Lucero (Mark Gil), a pre-med student who has an almost unwavering faith in what the frat stands for. The students, who start out timid and meek, resort to using violence when they become members of the fraternity. The film is said to be a veiled indictment of Martial Law.

Lesson learned: The meek do inherit the earth. But, once they do, they turn into monsters.

Bits and pieces: This film was screened along with another De Leon film, Kisapmata, at the Director’s Fortnight of the 1982 Cannes Film Festival. Yes, same year, both in Cannes. As we all know, indie favorite Sid Lucero, Gil’s son, got the inspiration for his screen name from this film.

This film about college life was marketed as a musical comedy.

Lesson learned: Knowing how to sing and dance goes a long way-whether in school presentations or in Pinoy showbiz.

Bits and pieces: The scene showing all three members of the APO Hiking Society trying to look up a girl’s skirt is quite unnerving.

SPOT.ph wants to know: Which Pinoy school movie is on your list?

School Pinoymovies Kimchiu Geraldanderson Paanonakaya School Mangarap Ka Firstdayhigh Bluejeans Campusgirls Campusmovies 14goingsteady Abnormalcollege Bagets
Your Guide to Thriving in This Strange New World
Staying
In? What to watch, what to eat, and where to shop from home
OR
Heading
Out? What you need to know to stay safe when heading out