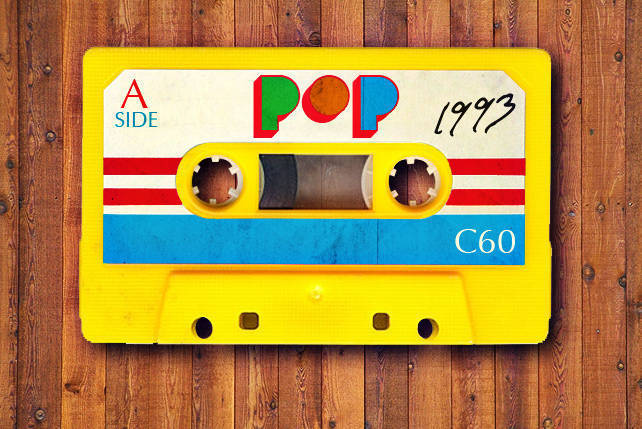 20 Songs That Were Popular 20 Years Ago

We take a look back at 1993 and revisit the greatest hits of the year, featuring Eraserheads, Rivermaya, Whitney Houston, Janet Jackson, and more. 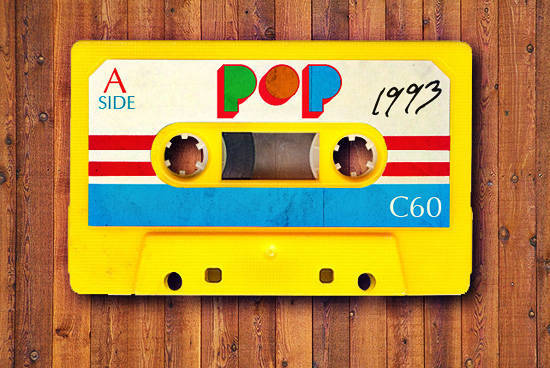 (SPOT.ph) The ’90s was a lush year in music, both internationally and locally. MTV was still cool, and OPM was booming. The ’90s saw the rise of boy bands and continuation of pop goodness. Adult contemporary, hip hop, and R&B also kept flourishing during the decade. Of course, we can’t leave out the dominance of alternative rock. With that, we thought of looking back at some of the top hits from 20 years ago. Here, you'll see how some tunes have become classics, some karaoke favorites, and some just plain cheesy (almost cringe worthy). Which ones were your favorites?

The Singer: Ace of Base

The Story: Who can forget this Swedish pop sensation responsible for hits like "All That She Wants" and, of course, "The Sign"? "All That She Wants" was the group’s take-off track, the song that characterized their sound (pop with a hint of dub-reggae) and brought them international fame. The single spent weeks in UK and US charts after its release.

The Story: Before our very own Juris’ cover of this early ’90s hit came the original from all-female vocal group Exposé. Formed in the ’80s with dance-pop and freestyle origins, the trio transitioned to more adult contemporary music in the ’90s. "I’ll Never Get Over You Getting Over Me" is off their self-titled album. Today, it is perhaps one of the most favorite tunes for acoustic jam sessions.

The Story: One of the most successful female R&B groups of the ’90s, Sisters With Voices, more popularly known as SWV, released their debut album titled It’s About Time in 1992. Their third single, "Weak," topped the Billboard R&B charts for seven weeks after its release the following year. From then on, the track has become an old-school R&B favorite.

The Story: Aerosmith’s killer sound isn’t the only memorable fact about this single. The song’s music video featuring Alicia Silverstone surely made a mark, what with the actress' sultry and spunky appearance. You can also find her in Aerosmith’s music videos for "Amazing" and "Crazy."

The Story: Tag Team might be a one-hit wonder, but they need to be recognized for their (humble) contribution to ’90s dance-hip hop. Quickly after its release, "Whoomp! (There It Is)" became a party anthem. The single also managed to peak at number 2 in the US Billboard Hot 100, so thank you, Tag Team.

The Story: Already known as Mr. Pure Energy by the time, Gary Valenciano released this dance hit in 1993 and got many Filipinos to patronize OPM even more. A musical movie of the same title starring Valenciano and Dayanara Torres was also released in 1995.

The Story: Another acoustic jam session favorite is "What’s Up" by 4 Non Blondes. The American rock band started in 1989 and released their sole hit single in 1993 as part of their Bigger, Better, Faster, More! album. The band didn’t last long in the industry and disbanded the following year.

The Story: Included in the songstress’ fourth album, Reason Enough, is her rendition of "Sana Maulit Muli." By this time, Velasquez was already gearing up for an Asian release that would only further strengthen her place in the music industry.

The Story: This is undoubtedly one of the best "feels" songs from the early ’90s. The tearjerker track is off McKnight’s self-titled album under Mercury Records. It went on to dominate international charts as well as local radio stations after its release, and McKnight became known for his soulful vocals (especially his spot-on falsetto).

The Singer: Side A

The Story: This feel-good cover of a Labuyo original is off Side A’s The Blue Album, which was awarded double and triple platinum. Along with "Forevermore," "Tuloy Pa Rin Ako" remains a crowd favorite during the band's gigs.

The Story: The title track from the Master Rapper’s third album is a spunky, original masterpiece that merges rap and hip hop with Pinoy rock. The same mixture can be heard from other singles on the album.

The Story: "Rain," off Madonna’s fifth studio album titled Erotica, garnered good reviews after its release and is today regarded as one of her best ballads. The icy tune spent 20 weeks in the US Billboard Hot 100 and peaked at number 14.

The Story: Call it mushy, but Janet Jackson’s "Again" is one loop-worthy heartbreak song. It was featured in the film Poetic Justice (also starring Jackson). The third single from Jackson’s fifth studio album, janet, it received both Academy Award and Golden Globe nominations in 1993.

The Story: "Ulan" was released as the first single of Rivermaya. It was one of the freshest rock tunes to hit the airwaves, taking part in the emergence of local alternative rock. Over time, it has become one of the most loved local tunes from the ’90s.

The Story: Another unforgettable and LSS-inducing track from the early ’90s is Meat Loaf’s chart-topper "I’d Do Anything for Love (But I Won’t Do That)." This track earned the artist, also known as Marvin Lee Aday, a Grammy Award for Best Solo Rock Vocal.

The Story: "Next In Line," off the band’s debut album titled Touch the Sun, was pretty much the youth’s anthem in the ’90s. "Next in Line" stands next to other AfterImage favorites like "Mangarap Ka" and "Habang May Buhay."

The Story: This Dolly Parton original gained even more popularity after the late Whitney Houston recorded her rendition for the film The Bodyguard. It is, without a doubt, one of music history’s greatest hits. Since its release, it has become a staple karaoke choice as well as singing contest piece.

The Story: Off Eraserheads’ phenomenal debut album Ultraelectromagneticpop! is "Pare Ko," one of the band’s earliest hits alongside "Toyang" and "Ligaya." With the release of their debut album filled with fresh, original, unpredictable rock sounds, Eraserheads paved the way for the emergence and eventual dominance of Pinoy alternative rock throughout the decade.

Music Nostalgia Eraserheads Whitneyhouston Aerosmith Garyvalenciano Reginevelasquez Bonjovi Sidea Bryanmcknight Madonna Janetjackson Truefaith Rivermaya
Your Guide to Thriving in This Strange New World
Staying
In? What to watch, what to eat, and where to shop from home
OR
Heading
Out? What you need to know to stay safe when heading out