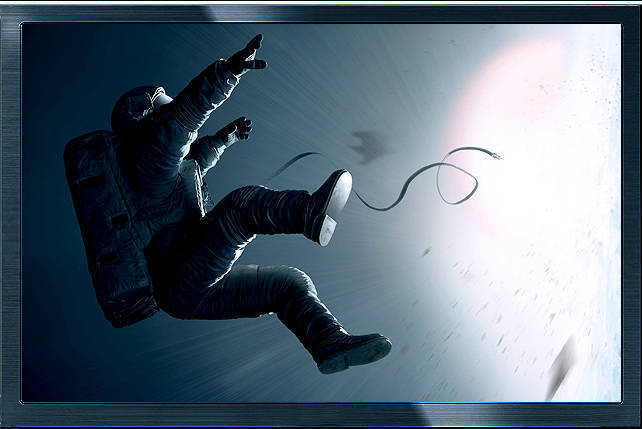 Too bad that in space, no one can hear us cheer. 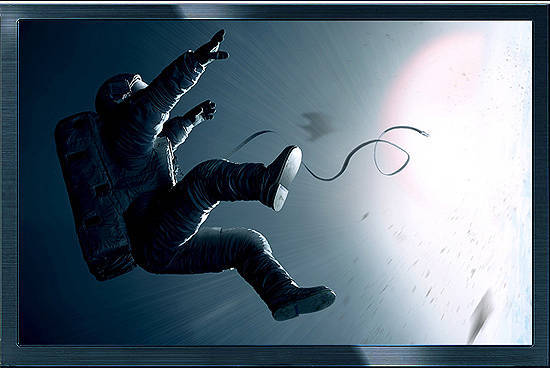 (SPOT.ph) As the dutiful Captain Kirk puts it, space is the final frontier. It's the backdrop for the best, most fantastical voyages. We are enveloped in its seeming infinity and as we stare at it, it stares back at us (hi, Nietzsche).

The millions and billions of possibilities that are spinning and streaking across the universe have fascinated hundreds and thousands of writers, from hard science fiction authors like Isaac Asimov to humorous novelists like Kurt Vonnegut. And of course, countless TV shows and films have utilized the great beyond as a background for thrilling tales. Star Trek and Star Wars stand like giants over other space adventures, and even Michael Jordan has ventured to the cosmos with Space Jam. So much to see, so little time!

We fantasize about floating inside a spacecraft in microgravity so we’ve narrowed the playing field down by picking our Top 10 movies set in space! Tell us your favorites in the comments section below.

Slasher film...in space! It's as though Pinhead from the Hellraiser series decided to join NASA, bringing his affinity for mutilation out of the dungeon and into the stars. Not for the faint of heart, the movie documents the chaos that ensues in the rescue vessel Lewis and Clark after they receive a strange video log, which revealed what happened to the maiden voyage of the starship Event Horizon.

Favorite quote: "Oh. My. God. What happened to your eyes?"

A pirate-sci-fi space adaptation of Robert Louis Stevenson’s Treasure Island, a young alienated boy  named Jim goes on the mission of his life to find a special planet, but he has to endure treachery, thieves, robots, and mutiny along the way. Once on the coveted planet, a bit of drama ensues when Jim is saved by the traitor with whom he has developed a father-son relationship.

Favorite Quote: "You got the makings of greatness in you, but you gotta take the helm and chart your own course! Stick to it, no matter the squalls! And when the time comes, you’ll get the chance to really test the cut of your sails and show what you’re made of! And... well, I hope I’m there, catching some of the light coming off you that day."

Consumerism has caused the Earth to become uninhabitable, and mankind has to evacuate in a self-sustaining starliner in space until trash compactor robots named WALL-E finish cleaning up the mess. The remaining WALL-E is lonely until a droid, EVE, is sent via spaceship to check for improvements on Earth. He follows her back aboard the starliner Axiom, inadvertently showing the now-supersized people what they’ve been missing. The profundity of the message is limited to dialogue like "Eeev-ah," but WALL-E gets his point across via a CGI medium to which all ages can relate.

Favorite Quote: "Too much garbage in your face? There’s plenty of space out in space!"

7. The Hitchhiker's Guide to the Galaxy (2005)
Directed by Garth Jennings

The book is comic gold and every other adaptation contains the magic that makes the novels such a joy to read. This film, co-written by Douglas Adams himself, is no exception. Martin Freeman stars as Arthur Dent, a man whose house is to be demolished for a bypass. He adamantly tries to stop people from destroying his home but is discouraged by his friend Ford Prefect (Mos Def), who reveals himself as an alien while informing Arthur that the entire planet is scheduled to be obliterated anyway. Arthur, along with Ford, begins hitchhiking throughout the galaxy!

Favorite Quote: "Okay. The answer to the ultimate question of life, the universe, and everything is...42."

Will they be the second group to successfully land on the moon? Unfortunately not. This blockbuster and its roster of A-list stars retell the story of NASA’s "most successful failure." The trio of astronauts (played by Tom Hanks, Kevin Bacon, and Bill Paxton) successfully engineers their way out of their busted rocket and land safely on Earth.

Favorite Quote: "Houston, we have a problem."

A spacecraft on the way home makes a detour to an unknown planetoid only to find an abandoned alien ship with a dead alien and thousands of eggs-one of which spurts out a creature that latches on to a crew member’s face. Once aboard and en route to Earth, the creature detaches itself and dies, but after a few hours of seeming normalcy, a huge eight-foot alien bursts out of the crew member’s body and goes on a killing spree against the non-combative group. Only two survive, and one of them is a cat.

The sun is dying (so much so that it’s actually snowing in Australia!) and only man and his natural inclination to survive can save it. A team has been sent to drop off a payload of explosives that’s meant to revive the Earth’s star, but all communication is lost and the mission is presumably failed. The last chance for Earth lies in the hands of a second group, and it’s not smooth sailing. Getting that close to the sun can apparently be very damaging-and we’re not just talking about sunburn!

Favorite Quote: "Our star is dying. All our science. All our hopes, our... our dreams, are foolish! In the face of this, we are dust, nothing more. Unto this dust, we return. When he chooses for us to die, it is not our place to challenge God."

Think Cast Away minus the shipwreck and the island, while Wilson the Volleyball becomes an amicable robot named GERTY (voiced by Kevin Spacey). Sam Bell (Sam Rockwell) is the lone employee at the lunar mining base, Sarang. His three-year contract is about to expire but as he is "packing" for his return trip, he begins suffering from hallucinations. Strange occurrences outside the station further his suspicions about the nature of his job.

Favorite quote: "GERTY, is there someone else in the room?"

Favorite quote: "I have a bad feeling about this..."

Kubrick's classic exploration of human evolution through voyages in space launched a thousand other spaceships in science fiction history. Divided into four acts, the film follows Dr. David Bowman (Keir Dullea) and Dr. Frank Poole (Gary Lockwood) with HAL 9000 as they respond to mysterious black monoliths that ultimately lead to some rather trippy discoveries.

Favorite quote: "I'm sorry, Dave. I'm afraid I can't let you do that."

Sci-fi Space Movies Gravity Best
Your Guide to Thriving in This Strange New World
Staying
In? What to watch, what to eat, and where to shop from home
OR
Heading
Out? What you need to know to stay safe when heading out