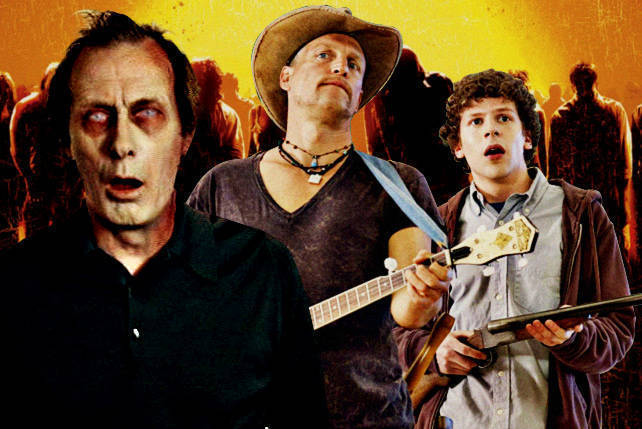 Our fondness for these zombie flicks is positively infectious. 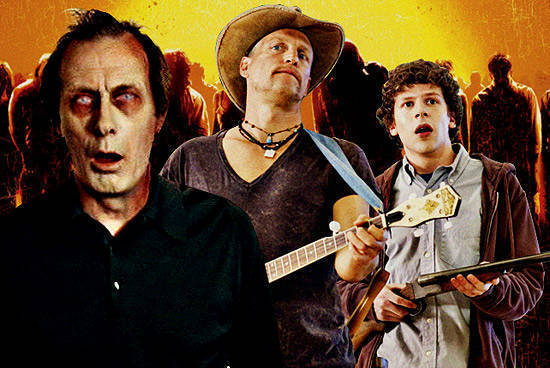 (SPOT.ph) What’s not to like about reanimated corpses? They don’t just want your body, they want your brain as well. Even if you pour out all your hate for them with a good whack on the face with a shovel, they’ll still go after you. This stubborn persistence can be a little annoying but hey, it’s sweet and it actually lends a little charm to their...uhm, rotting skin.

It’s pretty hard to hate zombies because unlike other monsters, they’re not exactly evil. Sure, they want to gnaw at your flesh but there’s no malicious motivation-they’re just hungry. We’ve logged in enough zombie viewing hours to know that if there’s anything you need to learn about zombie outbreaks, it’s that the living are more frightening than the dead.

Some of the SPOT.ph staff still have a hangover from World War Z and they firmly believe that it should be on this list but alas, we only have room for 10. The pile of zombies from Brad Pitt’s epic need to measure up to the best of them!

If you’re on Team Zombie, here’s our list of the Top 10 Zombie Films! Share your favorites in the comments below!

Why we got infected: In Pontypool, people get infected with the zombie virus by simply talking. Do you see the layers of subtext that can be read from that? Survivors Grant and Sydney realize how repeating a string of syllables over and over can strip it of its true meaning and they are faced with the power of words...oh, and zombies (who eat their own lips!).

Why we got infected: In The Crazies, people were infected with the zombie virus via the town’s water supply that was contaminated with the government’s supply of Trixie (a biological weapon). A smart reading of this film can be that the government screw ups drive people insane. Thank goodness for rabid zombie attacks that distract us from that truth.

Why we got infected: In Zombadings, the dead are roused from their graves to complete a curse that was cast to punish the evil living. Thought it isn’t without flaw, Zombadings handles the topic of good, evil, and gender roles fairly well.

Synopsis: Zombies attack Milwaukee (and the rest of America)! A remake of George A. Romero’s 1978 film of the same name.

Why we got infected: We’re not sure but it’s fun seeing people going at zombies (and each other’s throats!). Relative to George A. Romero’s classic, Snyder’s Dawn of the Dead falls a little flat on the political allegory but it is, however, worth watching for the gore. It’s beautifully shot and the story is simple, which means we don’t mind seeing it over and over again.

Why we got infected: In Zombieland, a mad cow disease mutation turns people into vicious zombies. The films gives out handy tips on how to survive the zombie apocalypse and it would have ranked higher but Bill Murray’s death makes it too painful to watch sometimes. The film features not Michael Cera (remember when Jesse Eisenberg was the lesser star?) and not Mila Kunis (Emma Stone remarkably looks like Mila Kunis here, admit it), and the amazing Woody Harrelson. Like Dawn of the Dead, this film gets our vote for its "rewatchability."

Why we got infected: In Braindead (North American release: Dead Alive), Lionel’s mother Vera is attacked by a "Sumatran Rat-Monkey" and is turned into a zombie. The film is funny and disgusting-an early testament to Peter Jackson’s love for details. Definitely worth watching for excellent prosthetics in the gory sequences!

Why we got infected: In Planet Terror, an under-the-table deal between the government and a chemical engineer goes wrong and the "weapon" is unleashed on an unsuspecting town. Soon after, "sickos" are everywhere! The movie includes, of all things, Rose McGowan sporting an M4 Carbine with an M203 grenade launcher for a leg.

Why we got infected: In REC, something is amiss inside an apartment building that doesn’t get fully explained and the element of mystery adds to the horror. Two sequels have been produced to explain it but on its own, REC is an amazing thrill ride that puts you in the heart of chaos and fear of the unknown.

2. Shaun of the Dead

Why we got infected: In Shaun of the Dead, we care very little about the origin of the virus because we’re normal people. Government conspiracy? Probably. Chance to look macho with a machete? Perhaps another time. We need to survive first, look cool later! This is what ordinary people would do should a zombie outbreak really happen, probably. Curse a lot, for sure.

Why we got infected: In 28 Days Later, we are walked through the origins of the Rage virus inside the laboratory where a group of animal rights activists unleash a chimpanzee on, erm, themselves. Prior to 28 Days Later, the image of the dead walking was precisely that: walking. But Boyle changed the game by turning the "infected" into agile, limber, and running creatures. The social commentary and inner human turmoil wrapped within the story stirs strong feelings in us. This is what World War Z (the movie, not the book) wanted to be.

Post Script for those who want more: Check out George A. Romero’s classics, France’s La Horde, and Norway’s Dead Snow. The TV shows  Dead Set (UK) and Les Revenants (France) are also worth checking out.

Zombies Movielist Top 10 Movies Undead
Your Guide to Thriving in This Strange New World
Staying
In? What to watch, what to eat, and where to shop from home
OR
Heading
Out? What you need to know to stay safe when heading out