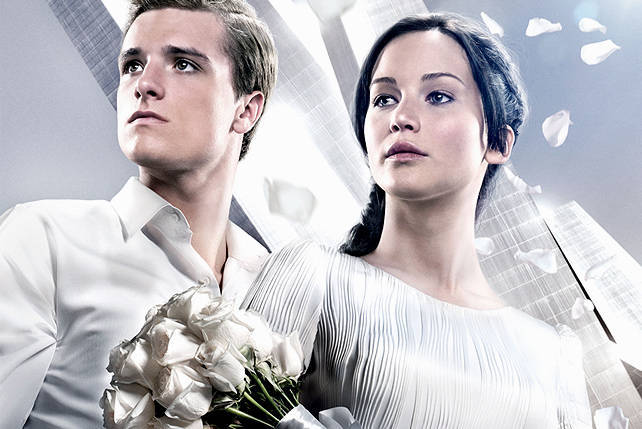 The Hunger Games: A Refresher Course on Catching Fire

What you need to know about Katniss and the gang.

(SPOT.ph) Despite its allusion to politics, entertainment, and survival, The Hunger Games isn’t really that difficult to understand: people kill each other and the last person standing wins. But if you haven’t seen (or read) the eponymous first installment, you might have a bit of catching up to do, especially since Catching Fire has a lot more intricacies in the plot. Read our quick guide to what you should know before watching Catching Fire. You might also want to review the last movie, too!

This refresher is based on information from The Hunger Games and Catching Fire novels. To keep things interesting, we will not touch on events that happened in Mockingjay. There may be spoilers so consider yourselves warned. 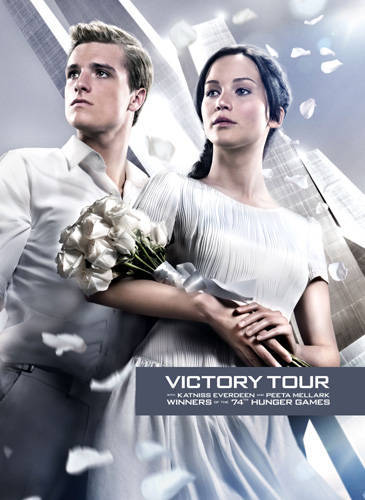 Otherwise known as the first "tie" in Hunger Games history. That’s why they’re not dead-yet. In the first installment, as the last two people in the Arena, Peeta (Josh Hutcherson) and Katniss (Jennifer Lawrence) opted to die together instead of killing each other. Rather than be outsmarted by having no winners, the Capitol allowed them to be co-Victors, instead.

The decision to let them both live, however, is controversial and earns Katniss the ire of Capitol dictator, President Snow, who believes Katniss has inadvertently sparked a rebellion. During the Victory Tour through the 12 Districts, Katniss has to pretend that her ultimatum was an act of love for Peeta rather than an act of defiance against the all-powerful Capitol. 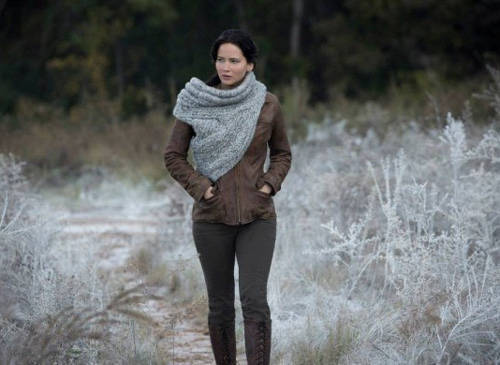 Katniss in one of her "I need to be alone!" episodes

As a Victor, one of Katniss’ prizes is to live in Victor’s Village where her neighbors are Haymitch and Peeta. She moves out of the slums of the Seam and into a more luxurious house with her mother and sister, Primrose. Katniss, however, has a habit of returning to their old home, wearing her father’s hunting gear, and hunting (illegally) in the forest. These little outings will present problems later. 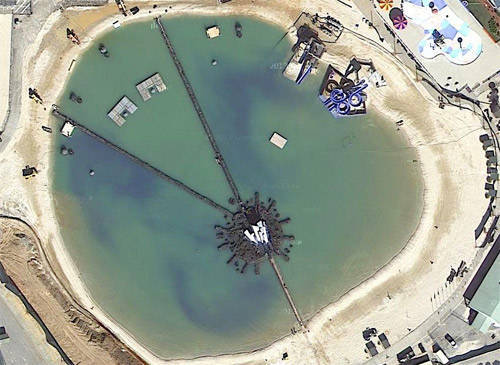 Catching Fire chronicles Peeta and Katniss’ experience during the 75th Hunger Games. Every 25 years, there’s a special twist to the grisly games called the Quarter Quell. During the 25th Games, citizens had to vote on their two Tributes instead of selecting them via lottery; for the 50th, four Tributes were drawn; for the 75th, the Tributes had to be chosen from the surviving pool of Victors.

Katniss, as the only female Victor from District 12, is drawn up. Haymitch Abernathy (Woody Harrelson) is selected as the male tribute, but Peeta volunteers to take his place. They will be battling it out against other Victors.

A clip from Catching Fire

The second installment tells us that there’s more to Haymitch than being a shrewd drunk (the shrewd part evident in the first film and not in the novel which narrates through the eyes of Katniss). While training for the Quarter Quell, Peeta and Katniss decide to watch videos of previous Games and they come across the second Quarter Quell (50th Games) where Haymitch bested 47 other Tributes. After learning how Haymitch won-by using the Arena force field to beat his last opponent instead of killing her himself-Katniss understands what happens to those who make the Capitol look like fools. For his so-called impudence, Capitol officials killed Haymitch’s entire family as well as his girlfriend.

By outsmarting the rules during her Games, Katniss’ family has been made a Capitol target. This knowledge worries Katniss and forces her to obey President Snow’s requests. 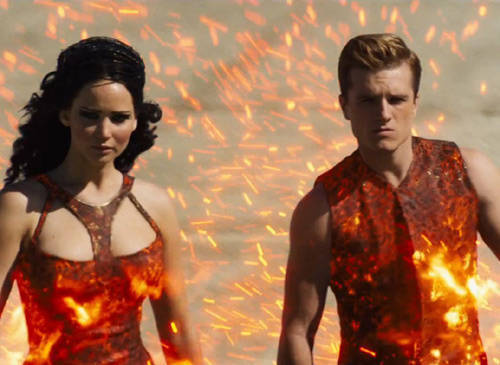 Here at SPOT.ph, we are Team Peeta. You can even see the sparks fly between them.

5. The love triangle is still at play.

At the end of The Hunger Games, Katniss tells Peeta that she wants to go back to the way their relationship was before the Games. However, with President Snow’s threat, Katniss has to play the lovestruck teenager once again to convince the other Districts that her actions were caused by love and were not, by any means, in defiance of the Capitol. She confuses readers by swearing to protect Peeta during the 75th Games, but kissing Gale and shielding him from getting whipped by Peacekeepers (a.k.a. Panem’s police force). 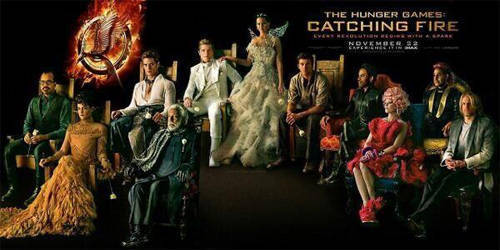 6. New characters will be introduced.

We don’t mean just by name or moniker as in The Hunger Games. Several of the past Victors and newly mentioned Capitol members have significance later in the storyline and their characterization will be deeper than simply being called Foxface. The ones you really have to know are Finnick Odair (Sam Claflin), a Victor from District 4; Johanna Mason (Jenna Malone), a Victor from District 7; Betee (Jeffrey Wright), a Victor from District 3; and Plutarch Heavensbee (Philip Seymour Hoffman), current Gamemaker who replaces Seneca Crane. 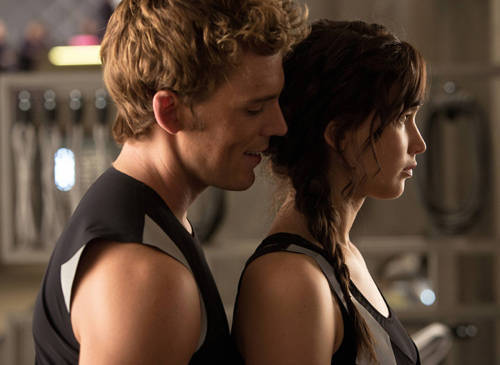 We are deeming the stills from the killing scenes too violent to post. Hence, we would like to turn your attention to Sam Claflin who plays swimming hunk Finnick Odair who, ironically, played the Christian who fell in love with a mermaid in Pirates of the Caribbean: On Stranger Tides.

7. People kill other people for sport.

The premise of the entire franchise is people killing each other, but Catching Fire doesn’t scrimp on the murder. Even before the Quarter Quell begins, Katniss witnesses several deaths and acts of torture as the Capitol’s means to intimidate her. 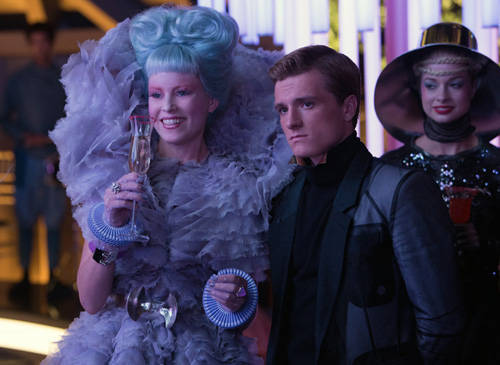 8. The Capitol is not self-sufficient.

It’s unclear how much of this will be emphasized in the Catching Fire film, but it’s an important aspect that leads up to the events in Mockingjay. While the Capitol’s capability for murder and abuse is proven to be unparalleled, Catching Fire reveals that they’re not as omnipotent as they seem. The Capitol, despite their lavish lifestyles, is full of debt and are entirely dependent on the outlying Districts for resources: lumber from District 7, coal from District 12, agriculture from District 11, manpower from District 2, and the like.

Catching Fire also touches on the Capitol’s vanity like how they would drink emetics to be able to continue feasting during parties. This particular scene confirms the differences in living conditions between the overindulgent Capitol and the squalor in the Districts. 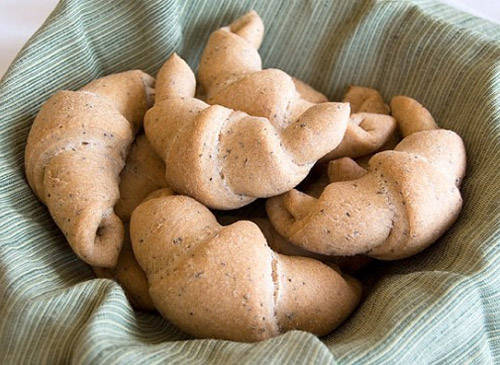 What District 11 bread would look like, according to FictionalFood.net

9. Bread does more than sate hunger.

Like how longganisa is spicy in Vigan and sweet in Pampanga, you can determine a District based on bread, which plays a symbolic role in the entire trilogy. For instance, Panem, the country they live in, is Latin for "bread." Peeta also gave Katniss loaves of bread back when she and her family were starving. This act, though it happened years before, keeps Katniss grateful to Peeta.

The bread from District 3 is akin to small dinner rolls; District 4’s is salty, greenish, and fish-shaped; District 11’s is cresent-shaped and speckled with seeds. (Spoiler Alert) Bread was also used as a way to communicate between the Victors in the Arena and the outside world. 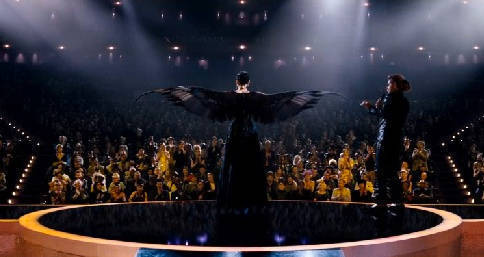 No "lovestruck" teenager, no matter how good of an actress she is (and despite her Academy Award) can stifle years of rebellion in the works. Katniss’ stunt at the end of the first installment wasn’t so much the beginning of the revolution as it was the catalyst that set things in motion. 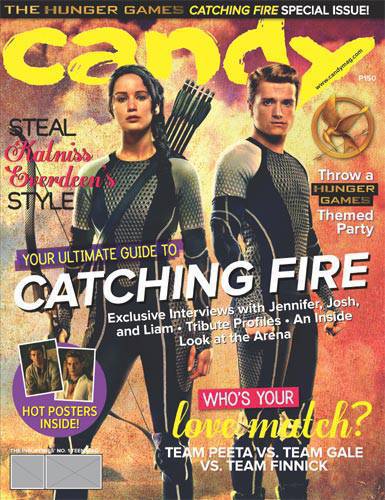