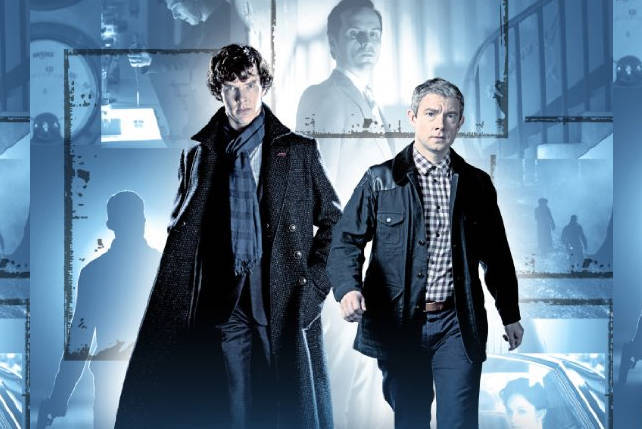 Good news for people with cable: Sherlock will start airing on AXN this Saturday!

(SPOT.ph) The final episode of Season 3 airs on Sunday, January 12, but don’t panic just yet. If you have nothing planned, you’ll finish watching Seasons 1 and 2 within a day (or half a day, actually). Each season has three episodes, running for about an hour each, and if you’re wondering why it has such a huge following despite the somewhat modest airtime, here’s how they did it.

Presenting, a quick guide to the BBC’s Sherlock. 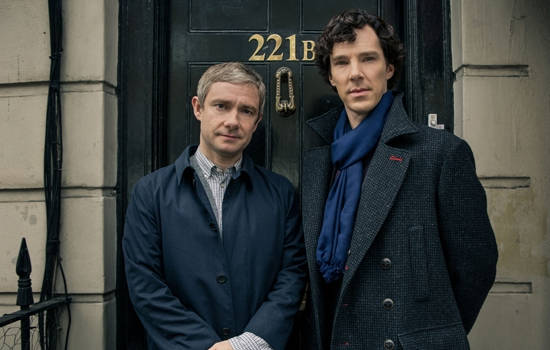 1. Sherlock is based on Sir Arthur Conan Doyle’s The Adventures of Sherlock Holmes.

BBC’s Sherlock is moderately faithful to the books by Sir Arthur Conan Doyle, but set during modern times when Sherlock has the benefit of the Internet and mobile phones (both of which he rarely uses to actually solve the cases, because it’s all in the mind). It’s highly stylized, peppered liberally with witty banter, and it is very, very British.

2. Sherlock (the character) is a smarty-pants who likes showing off.

If Robert Downey Jr.’s version of Sherlock likes to punch people, Benedict Cumberbatch’s Sherlock prefers to bruise your ego more than anything else. Sure, he can fight if he wanted to, but he doesn’t really need to. Not when he’s already got everything he needs to ruin you with just one look.

3. You’re there to watch Sherlock be brilliant.

Unlike most crime-related shows, the audience is not invited to solve the mystery with the lead character. You’re there to be dazzled, and dazzle you he will. With much gusto.

4. You will be asking yourself, "Is it just me, or is this Benedict Cumberbatch dude kinda cute?"

No, he’s not. He just has that face. Of genius. Genius beats cute. All the time.

5. How will I live without it for so long?

As mentioned above, there are only three episodes per season which means there are only eight episodes currently in existence. You might suffer from withdrawal after getting a dose of brilliance. May we suggest watching Doctor Who to fill the time?

The world’s only consulting detective. He’s smart, he knows it, and he wants everyone else to know it. He has a general disregard for what people think of him and he is an inspiration to every anti-social person out there. Be so great that you can be an ass to everyone because they need you more than you need them. (If he reminds you of Dr. House, it’s because House was based on Holmes. Get it?)

The man who deserves more love than he gets for being the kind of friend you would want to have forever. He looks up to you, he respects you, he isn’t jealous of your mental prowess, and (platonically) holds hands with you when necessary. Best. Friend. Ever. 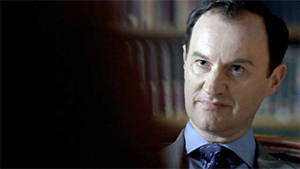 Mycroft Holmes (Mark Gatiss, who is also the executive producer, co-creator, and writer of the show)

Sherlock’s brother who works for the government and is suffering internally because of it. He’s a brilliant man surrounded by, erm, slower minds. Occasionally, he shows respect and affection for his brother. 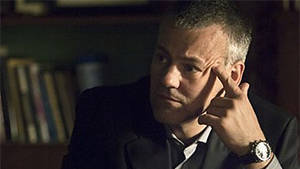 Detective Inspector Greg Lestrade is a man of the law who works with Sherlock and is something of a fan, albeit with his own apprehensions. It’s kind of hard to work with someone who withholds evidence from you and looks down on your capacity to think. 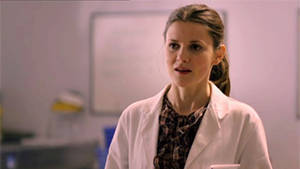 Molly is every girl out there who has a crush on Sherlock (or Benedict Cumberbatch). You’re a smart girl with competence in a respectable field, but you have a thing for men who aren’t exactly...attainable. 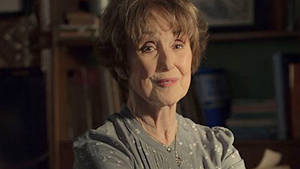 The landlady of Sherlock’s abode. Sweet old lady who loves Sherlock for making sure that her husband was executed (in Florida). She probably believes that Watson and Sherlock are meant to be together. In that way. 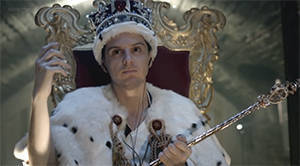 Every hero needs a villain and James Moriarty is one of the best at being exactly that. He doesn’t look the part, but he’s as bad as it gets. Cunning, manipulative, and dedicated. He’s every bit like Sherlock but he’s gone further down the rabbit hole. (Spoiler alert: He is now deceased.)

On the next page, an almost spoiler-free guide to Seasons 1 and 2 that maps the trajectory of your feelings.

The official trailer for Season 1

What would Sherlock see if he looks at you? (Alive, not as a cadaver.)

Episode 1: "A Study in Pink" (based on A Study in Scarlet, among other stories)

Wherein we first meet the main characters and they’re working on a series of apparent suicides, which turn out to be the work of a...well, let’s say evil genius. Here is when you first literally see how Sherlock thinks/observes. At this point, you will marvel at the genius behind the production of the show and the brilliance of the script. You’re left quoting Watson. "That...was amazing."

Episode 2: "The Blind Banker" (based on both The Valley of Fear and The Adventure of the Dancing Men, among other stories)

In this episode, we see Sherlock displaying his agility and fighting skills. European and Asian tea are involved here. There’s a scene where Sherlock gallops and prances about in an office, showing how completely ridiculous he looks when he’s "investigating"...and how little he cares about everything else but solving the problem. Congratulate yourself because you are now halfway through the first season. The Moriarty plot thickens.

Andrew Scott as Moriarty, one of the best villains out there.

Episode 3: "The Great Game" (based on a number of Sir Arthur Conan Doyle’s works, which you should reward yourself for knowing)

By now, you probably have a huge crush on Sherlock (if you are attracted to the male sex) because he is so damn... bloody brilliant. He also has quite an excellent gaydar (sorry, Molly). The show does not shy away from the homosexual undertones between Sherlock and Watson, so if you’re into that sort of thing: yes. In this episode, Moriarty provokes Sherlock by having him solve three cases consecutively (with time constraints and lives on the line, of course). Sherlock dutifully complies and the end result is...a hostage drama? Involving Watson?

All the official trailers of Season 2

Lara Pulver as Irene Adler, who probably made a lot of people angry for daring to touch Sherlock.

Picking up from the cliffhanger that ended Season 1, the tension is dissipated by a phone call. If you’re a person more attracted to the female sex, this episode will introduce a piece of eye (and brain) candy in the form of Irene Adler (Lara Pulver). There is great excitement as Sherlock and Irene play the battle of wits but it will leave you feeling guilty for not being quite as sharp as any of these characters. You will now have the urge to deduce people’s personalities by little details in their attire. (Prepare for failure, it might take a while).

Creative cinematography is one of Sherlock’s strengths

This episode is about dogs and drugs. We are taken to Sherlock’s mind palace and we see a bit of his manipulative side. Most importantly, we see Jim Moriarty once more.

Yes, he jumps off a building.

Episode 3: "The Reichenbach Fall" (based on The Final Problem, among other stories)

If you are just watching this now, you are fortunate. The end of this episode had people going berserk for answers. Well, that’s not true. Sherlock fans stay as classy as their favorite hero, so they resorted to shelling out theory after theory about how Sherlock survived his "fall." In this episode, Moriarty plans an elaborate death sequence for both him and his favorite detective-which made Watson weep. Fans cried because they would have to wait a year before they find out how Sherlock survived. (P.S. Watson and Sherlock hold hands in this episode. It was adorable.)

The Many Happy Returns, prequel to Season 3

Season 3 starts with the "revelation" of the mystery behind Sherlock’s "death," followed by Watson’s wedding. It’s a pretty smart series and your adoration for it depends on how much you like watching someone be a smart-ass, but for those who are already hooked, good news! The two lead stars have signed on for a fourth season, so we might have more to look forward to...in another year or so. We’ll keep you posted.

Sherlock starts airing on AXN on January 11, every Saturday at 10 p.m.

Sherlock Bbc Benedictcumberbatch Stevenmoffat Markgatiss Martinfreeman
Your Guide to Thriving in This Strange New World
Staying
In? What to watch, what to eat, and where to shop from home
OR
Heading
Out? What you need to know to stay safe when heading out