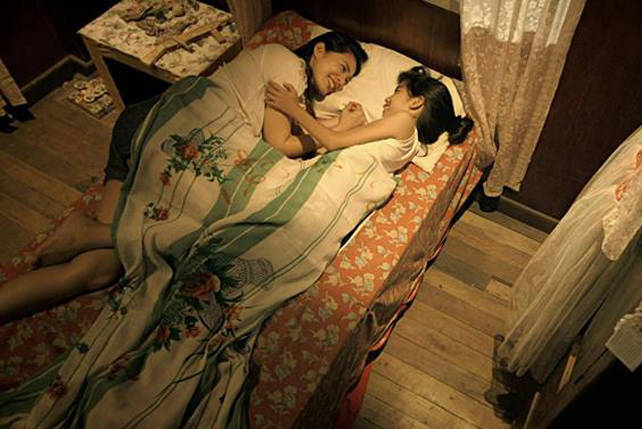 This coming-of-age film about a teenage girl who falls for an older woman explores both childhood love and sexuality, featuring Angel Aquino and 13-year-old Teri Malvar.

(SPOT.ph) Sigrid Andrea Bernardo's Ang Huling Cha-Cha ni Anita is heavy on themes. Set in rural Bulacan where the grips of both tradition and religion are unwavering, the film tackles topics ranging from teenage pregnancy to abortion. Fortunately, the film isn't strained by the scope of its seemingly gloomy intention. Bernardo has the good sense to pit those issues with the innocence of youth, creating a work that is as whimsical as it is perceptive.

Anita (13-year-old newcomer Teri Malvar, who gives the role such surprising maturity), is the only daughter of Lolita (Lui Manansala), a Santa Clara devotee whose only desire for Anita is that she grows up to be a beauty queen. Anita, however, has desires more pressing than her mother's. When Pilar (Angel Aquino) arrives in town, she sparks changes on the village's residents. To those who knew her from before she suddenly left her hometown, Pilar represented bittersweet memories. To those who see themselves as guardians of the town's religiosity, Pilar is a harbinger of unwanted temptation. To Anita, Pilar is the seed to her sexual awakening. 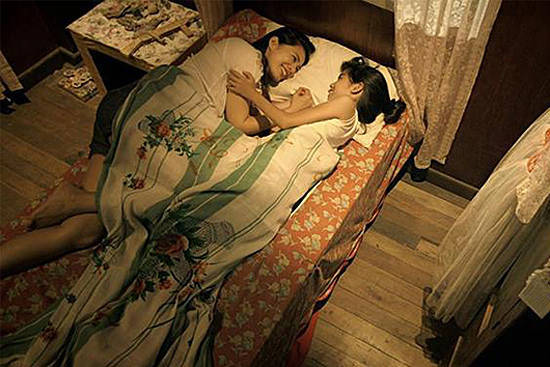 Aquino and Malvar are so far, so close. Stills from the film’s Facebook page.

The image of rural towns and villages that are suspicious of change and modern ideas is a trope that has populated Philippine cinema for decades. The quiet town that is beholden to the strict tenets of Roman Catholicism will always be threatened by the entry of an outsider or an idea that are seen to be both distracting and destructive. Ishmael Bernal's Himala (1982), Elwood Perez's Silip (1985), Joel Lamangan's Ang Huling Birhen sa Lupa (2003) have all made use of the trope to varying levels of success.

The most apparent commonality among those films that utilize the trope is the observation that sexual desire usually becomes the impetus for the closely knit community's violent apprehension. There will always be that divide separating faith and pleasure. Ang Huling Cha-Cha ni Anita downplays the sex and instead purifies it with the sincerity of childhood love. Pilar will always be seen by the town as a seductress but to Anita, she represents the first time her heart had a worthwhile beat. The town's intolerance takes a backseat. Bernardo's film is not about the old conservative world being embattled by modernity but by love. 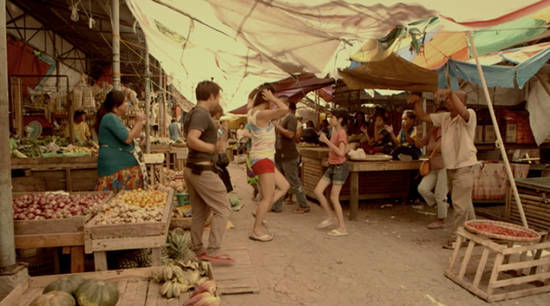 Dancing to the beat that her heart skipped.

Ang Huling Cha-Cha ni Anita opens with adult Anita, a stern military officer, interrogating a cadet as to why he was late for his drills. The cadet hesitantly and embarrassedly recounts his romantic affair with his girlfriend. Anita, in the guise of poking fun at the cadet for his infraction, forces him to admit his love, which he does so resulting in the entire company laughing at him. Anita smiles a bit and retreats to the barracks, where she, presumably with the reminder of the pleasures of loving and being loved, remembers the time when she felt the unforgettable delight of a first romance.

Bernardo frames her narrative within the context of being a pleasant memory for Anita. It is a memory that is not defined by the adult concerns that accompany it but by the thrill of finally falling in love. Ang Huling Cha-Cha ni Anita maps the crossroads between being children and being adults. It regales with its fanciful depiction of childhood folly, with Anita and her gang conniving to approximate maturity with their meager experiences. It sobers such joys with the pangs of heartbreak and the disappointment that goes along with witnessing the complications of adult life from the point of view of one who has very little expectation of it. 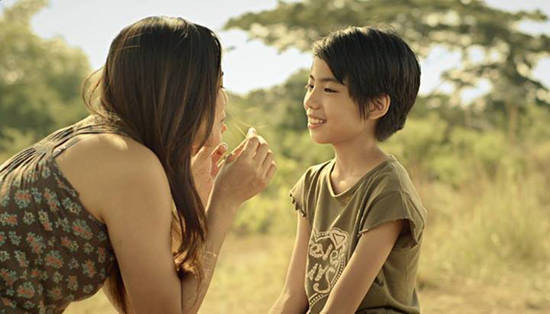 Love and intimacy in the open country.

When Ang Huling Cha-Cha ni Anita closes not with tears or regrets but with a joyous celebration, it manifests an optimism that is very rare in cinema that dabbles in more serious concerns. Love, whether it ends tragically or triumphantly, is a good enough reason to forget the world's problems and dance. It exemplifies the notion that above all human concerns and issues, it is love of whatever kind and whoever for that matters.

Ang Huling Cha-Cha ni Anita plays at UP's Cine Adarna on March 11 and 12, 7:30 p.m. There will be a screening of Sigrid Andrea Bernardo's short films at 5 p.m.

Ang Huling Cha-cha Ni Anita Sigrid Andrea Bernardo Angel Aquino Teri Malvar
Your Guide to Thriving in This Strange New World
Staying
In? What to watch, what to eat, and where to shop from home
OR
Heading
Out? What you need to know to stay safe when heading out