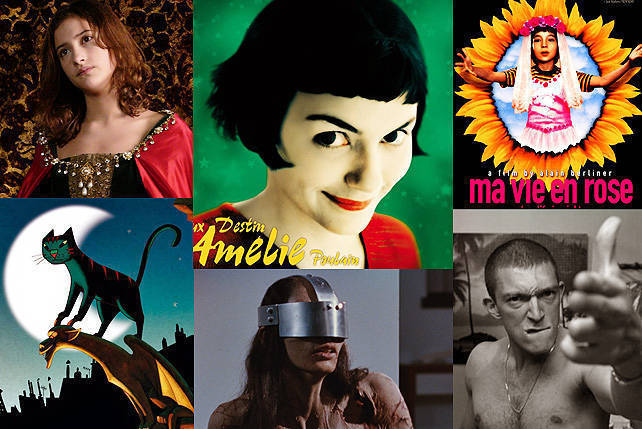 10 French Films Worth Checking Out

Have your own little film festival with our pick of 10 great French movies...aside from Amélie. 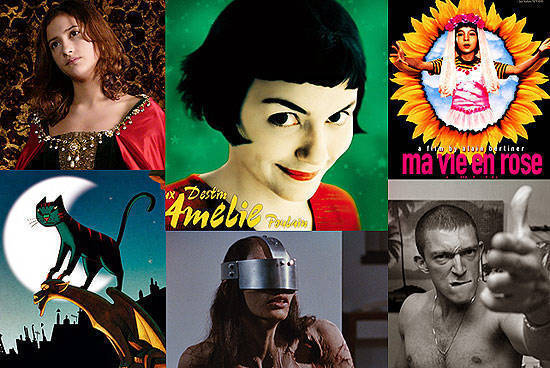 (SPOT.ph) They say that the French invented cinema itself, so it’s worth pointing out that there are more than 10 great French films. Michel Gondry, Jean-Pierre Jeunet, Jean-Luc Godard, and François Truffaut are masters of this visual art, and, yes, we all love Amélie and The Science of Sleep and Vivre Sa Vie but to mark Month of Francophonie, we gathered 10 more French films that showcase the diversity of the cinematic landscape of France.

Whether you’re in the mood for some light rom-com or you want to get down and dirty with some hard to swallow truths about the world, the French have something that will satisfy your needs.

Primer: A little girl and a cat get caught in a series of heists around Paris.

Recommended for: Cat-loving people of the Internet, of course! The animation is crisp and stunning visuals is always a plus!

Also see: Fears of the Dark

Primer: Inspired by Breakfast at Tiffany's, Priceless follows the adventures of gold-digging Irène, who targets a waiter from a hotel whom she mistakes for a millionaire.

Recommended for: Anyone who loves chick flicks...and fans of the sweet looks of Audrey Tautou. She's a ball of quirk in Amélie, but here, she shines as an actress that's truly comparable to the equally stunning Audrey Hepburn.

Recommended for: Fans of films like Scarface, which document the rise and fall of a criminal mastermind-with style.

Primer: A real estate broker involved in shady deals tries to pursue his dreams of becoming a concert pianist.

Recommended for: Fans of film in general. The Beat That My Heart Skipped is one of those well-crafted contemporary films that will soon be a classic. Audiard carefully composes scenes that express the complexity of people. We all strive to be something good-but life doesn't always work out the way we want it too.

Primer: Crazy people doing crazy things. Trust us, this is the only way to describe this film.

Recommended for: People who want to be disturbed. It's violent and will cause a lot of discomfort, but it's not for nothing. The message is a little obscured by blood and guts, but think of it this way: it's a good way to determine what kind of person you are. Watch this with someone you fancy, and see how they react. It will reveal certain things about you and your perception of humanity. (We have officially entered the "deep" zone.)

Primer: La Haine follows the lives of three young men who live in the impoverished parts of France.

Recommended for: Finding inner peace. The film is harsh and heavy...sort of like life, but it also clearly demonstrates what the phrase "hate begets hate" means. Yes, that's where the title comes from.

Primer: A little boy feels more like a little girl.

Recommended for: Everyone. Everyone should watch this film. The themes are understated and the story is told with such thoughtfulness that you realize that sexuality is such a secondary, nay, almost negligible part of being human. It's an incidental trait, and something that shouldn't be used to define anyone.

* Ma Vie en Rose is directed by Berliner, who is Belgian, but the language of the film is French.

Primer: Juliette Fontaine is released from prison after 15 years, and the film chronicles her struggle to live a normal life once more.

Recommended for: Watch this when you need to remind yourself why it is important to have empathy, or conversely, when you feel like no one can understand your situation. Kristin Scott Thomas, who plays Juliette, is engrossing and the world she moves in is composed and framed in a way that allows you to clearly see her isolation. You'll find yourself singing the children's song where the title is from after you've watched it.

Primer: We'd rather not spoil anything, but it's about family, family secrets, harsh truths, and the importance of forgiveness.

Recommended for: Watch this when you're so happy, you need to take it down a notch. Incendies really burns (the title means destruction by fire) away at all that you hold dear about what is right, what is wrong, and how people live with incomprehensible problems that life throws at them. (Maybe also watch it with wine? And a friend to comfort you after?)

* Incendies was produced in Canada, but uses Arabic and French in the dialogue

Primer: An adaptation of a folk story attributed to Charles Perrault, Bluebeard is a cautionary tale...for men who want to murder their wives. As they say, what goes around comes around.

Recommended for: People with a taste for the absurd, and are interested in diving in and exploring French culture in a different way. Folktales are always generally fascinating, so for anyone who is curious about the kind of stories the French used to tell when the Internet wasn't around (i.e. 1697), this is a film that's right up your alley.

French Films Acatinparis Priceless Mesrine Thebeatthatmyheartskipped Martyrs Lahaine Mavieenrose I’velovedyousolong Incendies Bluebeard
Your Guide to Thriving in This Strange New World
Staying
In? What to watch, what to eat, and where to shop from home
OR
Heading
Out? What you need to know to stay safe when heading out