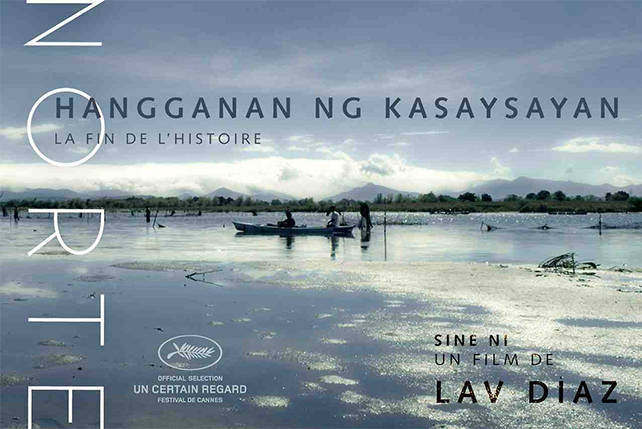 (SPOT.ph) If you have 250 minutes or four hours of your life to spare, watch this "short film." Otherwise, you can...do a lot of other things with your time. You’ll be missing out on watching a former law student stab a woman (and her teenage daughter) to death because he thinks she deserves it...but you’ll also watch him shaking with guilt and grief after...and then someone else completely unrelated to him is paying for his sins (not sure if there’s a Jesus metaphor here)...so he decides to just completely, um, fuck everything up.

Norte: Hangganan ng Kasaysayan requires you to invest in it, and sometimes, you really have to ask why Lav Diaz insists on doing these lengthy films that just make you feel like the world is a horrible place to live in. What's the point of anything when a good man goes to jail, while someone who could be brilliant chooses to destroy everything because of some twisted ideology he insists on holding on to for reasons that the film never really explains fully? 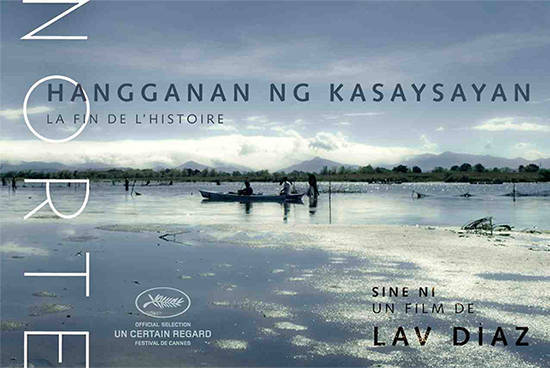 We can't discredit moments when the film strikes gold. Sid Lucero's character, Fabian, is engrossing-in a similar way that a plane crash is spellbinding.  Here is a character who is squandering his potential, but the screenplay gives him flimsy reasons for his actions. His monologues are brilliantly delivered to highlight his hypocrisy, and perhaps he ended up proving what he preached...but nothing really adds up.

Let’s throw the word teleology into the mix, where people feel compelled to think there is a goal or point to things when there really is none. Fabian will drive you insane. There is no way to understand where he is coming from or where he wants to go, but that’s okay. Step back and remind yourself that this is a film. Someone orchestrated this entire thing, and he is pulling at all kinds of strings-including yours.

Fabian’s descent into madness is juxtaposed awkwardly with Joaquin’s and Eliza's lives, which, incidentally, he ruined. For four hours, Lav Diaz hammers your head with the thought that nothing good comes from being good, and that man answers only to himself...something, something, something. This is not a film for people who can't focus. It's not even a film for people who can. There's a very specific type of person who will watch Lav Diaz and his perfectly framed visions of really, really sad things. 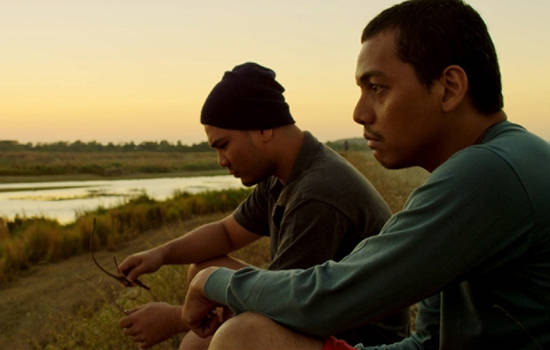 After four hours of watching him, we realized that Archie Alemania can act.

But again, if you have four hours to spare, Norte is a Lav Diaz film worth sitting through. If you can appreciate the craftsmanship behind it: go for it. Feel free to say, "it's ingenious to include such small details to really involve you in the lives of these characters," or "Fabian is a metaphor for the all the ills of Philippine society," and you can even pontificate on how Fabian predicted his own demise through his tirades about people living past their prime.

Invoke the name of Marcos, this being a film set in the North, and find someone to debate about morality, redemption, revisionism, the reactionary position, revolutions, and try to insert the word pretentious in there somewhere. Use really, really big words if you like. Try obfuscation. See if you can work that into the conversation. Talk about Philippine history if you must, and yes, you can compare petty crimes and the big pigs in the senate. Passionately proclaim that nothing ever changes. Et cetera, et cetera, et cetera.

There is discourse here, but after seeing what "intellectualizing" things did to Fabian, we left the theater with very little motivation to talk.

Norte: Hangganan ng Kasaysayan will be screened in Greenbelt 3 on March 25 and Glorietta 4 on March 31.

Movie Review Lavdiaz Angelibayani Norte Archiealemania Sidlucero
Your Guide to Thriving in This Strange New World
Staying
In? What to watch, what to eat, and where to shop from home
OR
Heading
Out? What you need to know to stay safe when heading out