An Australian cinephile unlocks the mystery of the tragic ’80s icon of Philippine cinema in a film shown during the 2014 Cannes Film Festival. 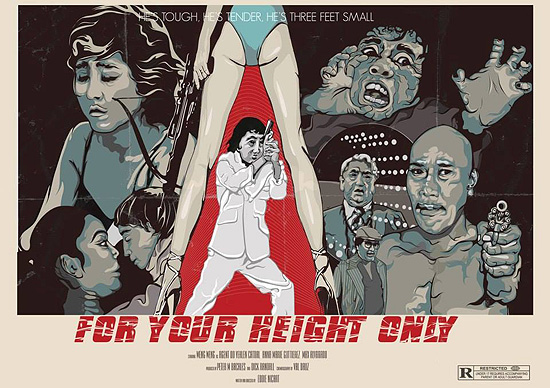 Film poster of the Weng Weng starrer For Your Height Only. Image from bobbakerfish.wordpress.com

(SPOT.ph) For a country that idolizes good looks, perfect physiques, and unblemished personalities, the surprising (and enduring) popularity of Ernesto de la Cruz, more famous as Weng Weng, is something of an anomaly. Weng Weng, who proudly stood at a measly 83 centimeters and sported the most amusing version of the apple cut, is in fact an action star, a fearless risktaker who won women as sexy and alluring as Carmi Martin with his debonair style and oozing manliness.

Weng Weng, with movies aptly titled For Your Height Only (alternately titled For Y'ur Height Only in other posters) and D'Wild Wild Weng, established himself as an indelible part of many Filipinos' childhoods. But there was barely a hint of that in his bright yet brief movie career, before his death in 1992 at the age of 34.

He, of the monotonous line-reading, expressionless facial reactions, but absolutely bombastic stunts, had brought together a generation of Filipino pop culture enthusiasts who still cannot help but marvel at how such an unassuming footnote in the country's cinematic history could have such a grandiose effect. The key here, however, is not to rationalize Weng Weng's rise to fame but to simply celebrate it. 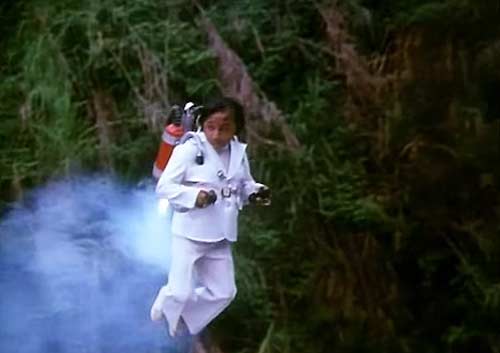 Weng Weng in action. Images from the official trailer of The Search for Weng Weng

Andrew Leavold, like Weng Weng, is another anomaly. He, of fair complexion, dirty blond wavy hair, and unmistakably Aussie accent, has also been dramatically affected by Weng Weng. Like many of the Filipinos who can't help erase the image of the charming midget gliding out of a building with a jetpack, the 44-year-old Leavold-himself a filmmaker and a passionate cinephile-can't help but wonder how this little man had made such an impact on his life.

Permanently bugged by that question, he set out on a quest to know Weng Weng more fully. He began by traveling to the Philippines, documenting every step of his way, until finally, he had enough footage to construct a film that revealed as much about being Filipino as the life and demise of Weng Weng.

Leavold's struggle was immense. He traveled to the Philippines with his producer Daniel Palisa constantly, always ready to take every opportunity to get closer to the truth behind Weng Weng's sudden disappearance. They were detectives, appreciative of the fact that every single Filipino they meet would have a link that would connect them to their desired goal. There was no science or methodology to their mystery-solving, just a lot of guts, sweat, and emptied bottles of Red Horse beer. It took the indefatigable duo several years to finish, years that would result in both frustrations and new friendships formed. They ended up becoming more Filipino than most Filipinos. 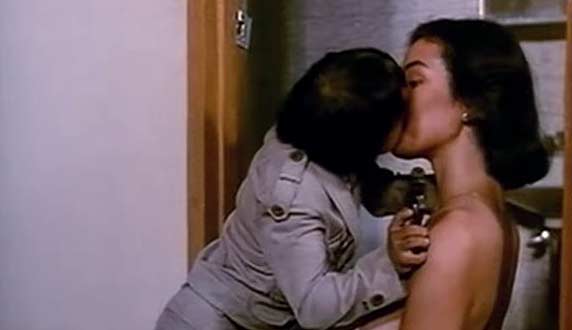 Several months ago, Leavold premiered a rough cut to many of his friends, consisting of cinephiles, action stars from decades back, and other crazies, in a bar in Makati's red light district. The result of several years of hard work paid off. The documentary, entitled The Search for Weng Weng, was a delirious three-hour journey into the madness that gave birth to the phenomenon that is Weng Weng. Throughout the film, there was always a sense of serendipity, of fate intervening for Leavold to meet the right people-whether it be former comrades of Weng Weng or the infamous former First Lady Imelda Marcos-that would develop for the documentary a proper path toward its heartbreaking conclusion.

The most amazing thing about The Search for Weng Weng was how it told a very Filipino story-one so familiar since it ponders on exploitation, missed opportunities, fortune and tragedy within show business, but through foreign eyes. 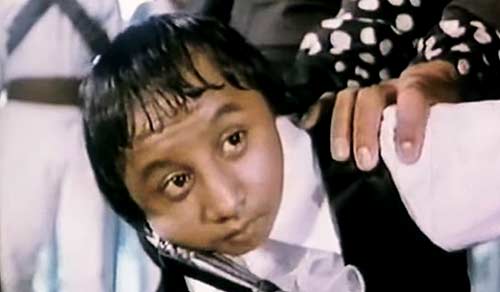 A few months would pass and Leavold returned to the Philippines with a leaner version of his documentary. Gone are the fat and extended meanderings over the Philippines' convoluted insanity. What remains is the juicy meat of Weng Weng's life, which stretches toward the life of a once healthy and volatile film industry. Leavold has created a masterpiece out of an obsession, one that was screened at the Cannes Film Market during this year’s Cannes Film Festival.

Along the way, he has unlocked the mystery that is Weng Weng's charisma. There is no other way to thank the little man, who has lived his life struggling out of obscurity but tragically failing by dying beneath the shadows of a country that has conveniently forgotten him all for the good, the true, and the beautiful.

Oggs Cruz is a lawyer by profession and a cineaste by vocation.