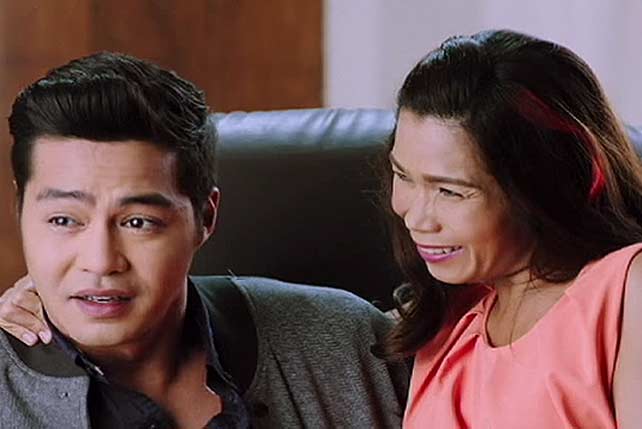 Notes on the Pokwang starrer: What seems to be an inane comedy of errors hides a commentary of a nation's addiction to trash.

(SPOT.ph) The title My Illegal Wife gives it all away. Obviously inspired by the hugely famous infidelity show The Legal Wife, which aired around January and picked up its following a couple of months ago, the film has the feel of a production that was rushed to cash in on the popularity of the soap opera. The film is propelled by its singular idea of Clarise (Pokwang), a repatriated entertainer from Tokyo, who takes advantage of the plane crash-induced amnesia of Henry (Zanjoe Marudo), the hunk she meets aboard the plane bound to Manila, to trick him into believing that they are wife and husband. From that conceit, the film attempts various things, from inane comedy to gaudy family drama.

The first half of this Tony V. Reyes film is maddeningly daft. It features a lot of Pokwang doing her own brand of physical comedy, which is mostly reliant on the comedienne's insanely flexible body and uniquely malleable face. Marudo, who hints at some semblance of comedic timing, is sadly less energetic and prevents the hilarious absurdity Reyes was trying to produce with all his illogical setups from really taking off. In addition, Ellen Adarna, who plays Marudo's opportunistic fiancée, is even more static. She serves the purpose of being the film's eye candy, and is seemingly in the production only to flaunt her gorgeous curves to create a wrong impression of maturity in what essentially is an immature film.

It is easy to give up on a film midway when it only provides worthless nonsense after worthless nonsense. After the nth time Pokwang gyrates just to enunciate her rabid desperation to get laid, it felt that Reyes' film is a hopeless piece of exploitative drivel. Sure, Empoy and Joy Viado manage to force out a few authentic chuckles. However, it all feels utterly lazy. Reyes has done this so many times before, with all the films he directed for Vic Sotto and the rest of his gang. Pokwang has done this repeatedly in her shows, and even in her interviews. Marudo is simply not suited for this kind of comedy. Simply put, there is just nothing about the first half of My Illegal Wife that would urge its audience to stay for more.

Then something happens. My Illegal Wife starts making a little bit of sense. Mind you, that little bit of sense for a Tony V. Reyes comedy is quite a big deal. The film grows a heart out of the heaps of trash it inexplicably exposed. Again, let's put some perspective in this so-called heart. It is manipulative and obviously conjured out of formula, but still, it beats enough to affect. What is more surprising is that the film actually attempted to squeak out a political statement. Again, this is not some rousing statement on the current state of the nation but more of a satirical take on loathed national personalities, by way of Mae Paner's genius impersonations. 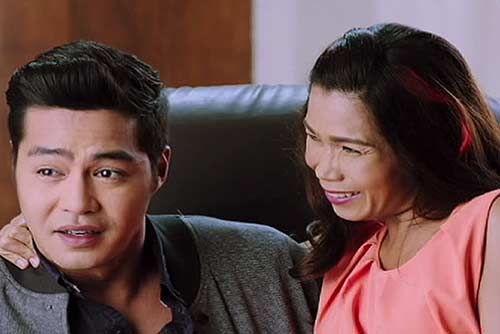 Zanjoe Marudo (with Pokwang) is not suited for this brand of comedy. Screengrab from the trailer

Pokwang's character graduates from being a sketch, with a tinge of novel characterization. The film's generous servings of caricatures of scenes from other Star Cinema films are suddenly given some perspective, which sort of serves as the film's belatedly communicated point. My Illegal Wife is not just a string of comedic sketches. It attempts to be a reflection of how the captured market of Star Cinema is completely swallowed by the escapist cinema's shallow observations about life. Clarise's sin is but a product of the fantasy that major studios peddle as comfort. She is a victim of both her own gullibility and Star Cinema's domination of Filipino pop culture.

Of course, as with all Star Cinema movies, things will fall into place. Clarise gets her guy in a finale that is fashioned to celebrate the shrouded bamboozlement. Reyes may not have intended to criticize the industry he has freely committed to but My Illegal Wife projects a nation dangerously addicted to escape and conglomerates that are quick to profit from the addiction. Predictably, most of the audience will likely leave theaters fleetingly amused. Hopefully, a few will absorb this horrid point that is ingeniously veiled in awful jokes and bad filmmaking.

My Illegal Wife 2014 Film Pokwang Zanjoe Marudo
Your Guide to Thriving in This Strange New World
Staying
In? What to watch, what to eat, and where to shop from home
OR
Heading
Out? What you need to know to stay safe when heading out