The SPOT.ph Guide to EIGASAI 2014 from July 3 to 13 at Shang Cineplex
Loading
Already a member? Log in
No account yet? Create Account
Spot.ph is your one-stop urban lifestyle guide to the best of Manila. 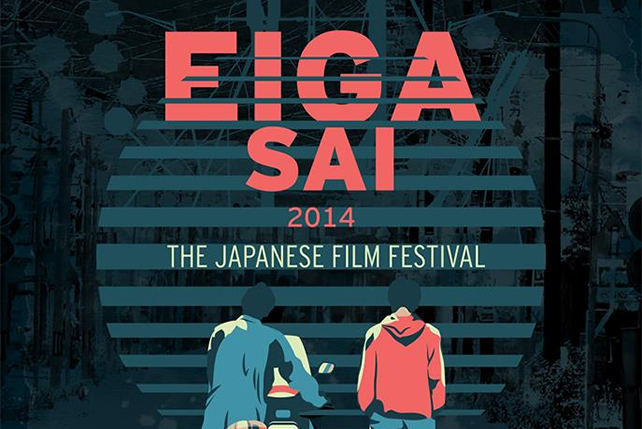 Catch the Japanese Film Festival from July 3 to 13! 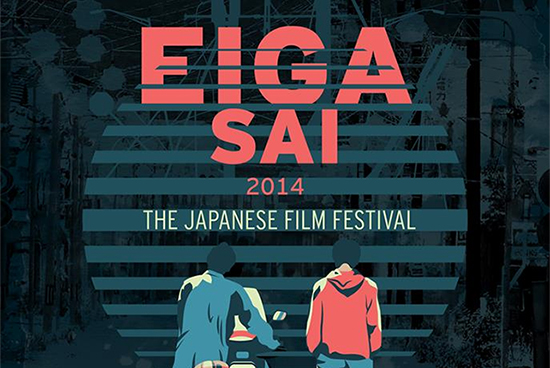 (SPOT.ph) There are 16 films in the festival, so you’re going to want a guide. There are two animated features, a great many tearjerkers, and almost all of them are inspirational, The Japan Foundation should hand out a box of facial tissues to wipe your tears with at the door. Yes, one full box. Each.

In this year’s lineup are films that chronicle personal growth and stories based on or inspired by the recent tragedies that the Japanese people endured together. From satirizing xenophobia to documenting life after a devastating calamity, EIGASAI 2014 is a film festival that shouldn’t dismissed or missed.

The festival runs from July 3 to July 13 at Shang Cineplex Cinema 2. Here’s a rundown what you can catch.

Synopsis: A family of farmers are forced out of their home (and land) because of the Fukushima nuclear disaster. The film received praise for director Nao Kubota’s success in creating a film that is relevant to anyone, not just a narrow look at the tragedy that took place in Fukushima.

Synopsis: Foreign people! Quick, hide! Koji Fukada finds humor in the xenophobia of a small town as its residents suddenly find themselves facing a gaijin-invasion.

Synopsis: A comically witty, thinly veiled, coming-of-age story of Tamako, whose road to adolescence is in tune with the season. The movie poetically starts in fall and ends in spring, providing a beautiful backdrop for Tamako’s journey from self-hate to self-I-don’t-not-like. Yes, it’s a double negative.

Synopsis: Shot in black and white, the film follows a teenage girl, Izumi,who finds a wallet full of cash. She tries to enjoy the money at first but external factors (her friends) pressure her to return the property to the rightful owner-who isn’t too enthused about Izumi spending some of his money. It leads him to both reward and punish her creatively.

Synopsis: The film follows the life of a "spiritual medium" in training. Ayumi has "inherited" his grandmother’s abilities to summon souls from the supernatural plane. His family has used this ability for generations to bring comfort to those left behind. Now that Ayumi is learning to use the gift, he wishes to use it to talk to his parents, who passed away under mysterious circumstances. Ghosts are much less spooky when you’re related to them.

Synopsis: From Summer Wars and The Girl Who Leapt Through Time director Mamoru Hosoda comes another beautifully rendered tale with a touch of strangeness. This movie gives a glimpse of what could have happened had Team Jacob won. Two cute werewolf children (Ame and Yuki-rain and snow, how adorable!) face the challenges of being different by genetics, and must make a decision between the call of the wild...and the call of, um, college life, which is a different kind of wilderness all together.

Synopsis: Garnering various awards and with a talk of a Hollywood remake in the mix, Like Father, Like Son is without a doubt a well-crafted story from a seemingly trite plot: two children, switched at birth! It’s a not-so-subtle exploration on the "blood is thicker than water" proverb-stretching the thought to the full quote, "the blood of the covenant is thicker than the water from the womb." The kids in question are six years old. How does one part with a child you’ve been raising that long?

Synopsis: The star of the school’s volleyball team disappears and the absence serves as the glue that binds the narrative together. A period of five days is repeated from five different angles-Breakfast Club meets Groundhog Day. The strength of the film lies in the deft handling of the script by the director and the cast, who map out the volatile terrain of high school clubs and cliques with astonishing clarity.

Synopsis: In 1946, a Dakota plane was forced to make an emergency landing on Sado Island. The people in the island go to lengths to help out the British soldiers aboard the plane, which seems like routine hospitality-if you don’t consider the fact that the two countries were on opposing sides in World War II. Cue soaring inspirational music.

Synopsis: It’s essentially a fish-out-of-water story, but the fish is a cute boy with wild hair. He’s goofy, offbeat, and more than a little happy. This is the story of how he touches others, in a way that doesn’t involve potential lawsuits.

Synopsis: Bob James and Seiko Matsuda perform in a charitiy concert for the benefit of those devastated by the Great East Japan Earthquake in 2011.

Synopsis: Endo Reiko, a local reporter (and more importantly, a Nagasaki baby), meets up with her former lover upon his invitation. They meet up in Nagaoka, an area devastated by 2004 Chuetsu earthquake, and the trip becomes a meditative travelogue for Reiko. The title is a play on the Japanese word for "fireworks," which combines the character for flower and fire. Suffice to say that an event which involves fireworks (and war) plays a significant role in the film. Lots of themes to absorb, but in the hands of veteran director Nobuhiko Obayashi, everything is tied together neatly. (P.S. The musical score is done by Joe Hisaishi of Studio Ghibli fame)

Synopsis: This animated film is based on singer/songwriter Ai Kawashima’s struggle to be a recording artist in Japan, a country known to churn out popstars like popcorn in theaters. It’s filled with a "never give up" spirit and is perfect for people in the thick of self-doubt.

Synopsis: Things Left Behind is documentary about Ishiuchi Miyako’s photo exhibit in Vancouver, which features 48 prints of mundane artifacts left behind by those who perished in the Hiroshima bombing. The film highlights the intention of the artist to preserve a connection with the past and the reaction of the audience as they get a glimpse of a more personal history.

Synopsis: In the tradition of Swing Girls and Water Boys comes Tug of War, a story about six oddball types who form a team and literally pull together. The films is inspired by true events and like most feel-good films, is a little predictable...but screw that, we want some happy endings! Yeah!

Synopsis: The film is based on a non-fiction book (????????????, The Bodies at the End of the Earthquake and Tsunami) by Kota Ishii about a retired funeral-home employee, Aiba, who volunteers his services after the 2011 Touhoku Tsunami. Aiba is tasked to prepare the bodies brought to a school gymnasium set-up as a morgue. It is our official guess that this movie will break your heart but something in the story will also piece it back together-with renewed enthusiasm to help humanity.

Eiga Sai Japanesemovies Filmfestivals Japanfoundation Shangcineplex Eigasai
Your Guide to Thriving in This Strange New World
Staying
In? What to watch, what to eat, and where to shop from home
OR
Heading
Out? What you need to know to stay safe when heading out