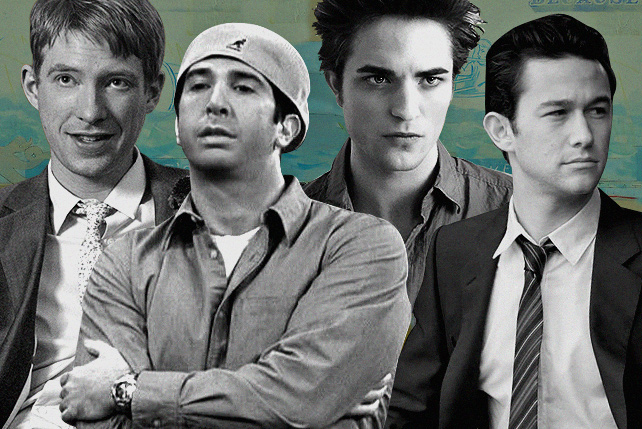 10 Romantic Leading Men You Would Dump in Real Life

Reel men can never quite lead to real love 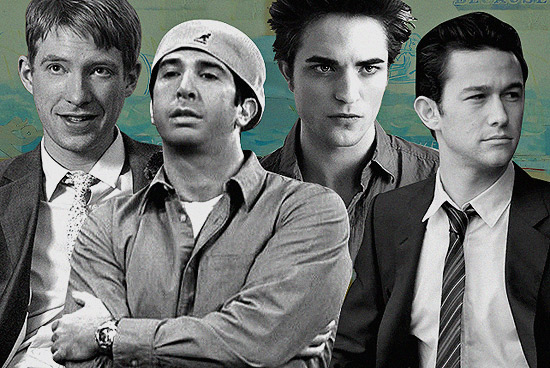 (SPOT.ph) We love rom-coms, but you have to admit they’ve given us an overly romanticized idea of love. The likes of Romeo and Gatsby (both already played by Leonardo DiCaprio, by the way) have set up the highest of expectations. They will die for the women they love. Sweet, right? But only in the movies.

Everyone has flaws, including cinema charmers. You know the belief that you get a clearer view from a faraway perspective? That’s us. These leading ladies are way too involved with their debonairs that they can barely see past their noses. Don’t worry, we’re setting them straight. 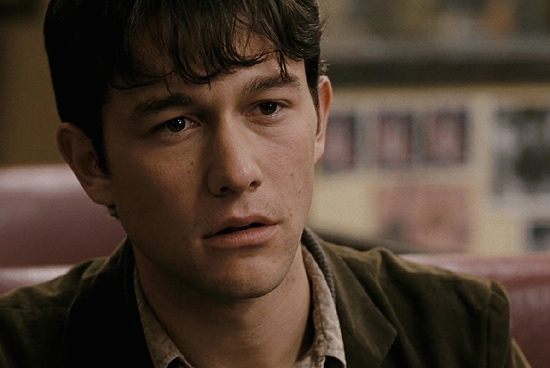 Why we swooned: He believes in true love. Period. As a greeting-card composer, you know he has a way with words. I love us, too!

Dealbreaker: He’s whiny, mopey, desperate, and sucks at Wii. He can’t separate his personal life from the professional and he’s presumptuous in that he firmly believes Summer loves him the way he does her. He defines himself by whoever he loves, which is strangely overly dependent. Love yourself first, dude. He also thinks that dying by his lover’s side is a good way to go. Why don’t you just live for her, man? We can’t complain because he does get dumped in the end. 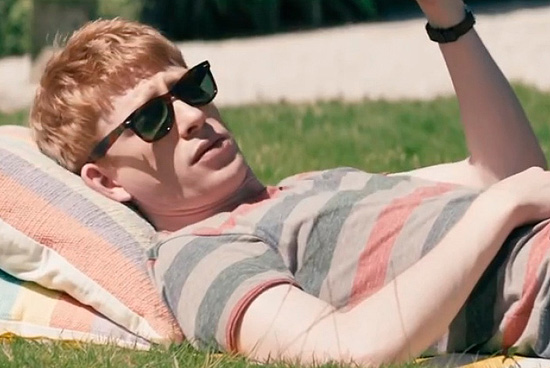 9. Tim Lake of About Time (2013)
Portrayed by Domhnall Gleeson

Why we swooned: His love for Mary is so persevering that he keeps going back in time just to win her heart. It develops into a relationship so pure and secure that he only realizes it when confronted by his first love. Touching. You could also see that same unconditional emotion with his family. Plus, he’s a lawyer who rarely loses a case.

Dealbreaker: Right from the beginning, his relationship with Mary is a sham. There will always be a gaping hole between them because he’s hiding an enormous secret. Let’s not forget that he used his special powers to try to get her to like him (the second and third time). 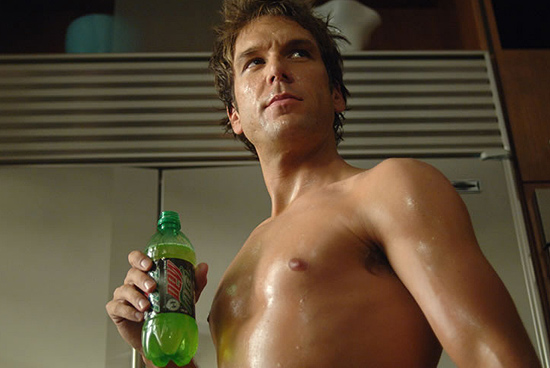 Why we swooned: He’s a successful and confident doctor. You know you’re going to have a good future with him. He’s sweet, too, and protective. He also has a special power: after having sex with him, girls will find the true love of their life. With this kind of assurance, he’s definitely a worthy speed bump en route to happiness.

Dealbreaker: After he realizes the curse, Chuck becomes so obsessed with the idea that he might lose Cam that he nearly suffocates her with attention. But it’s only natural. He just really loves Cam so much that he would do anything to get her to stay. His plan backfires, of course, but everything ends happily. What we can’t forgive is his number of sexual partners, justified because he’s doing it for "charity." He probably has some kind of disease. 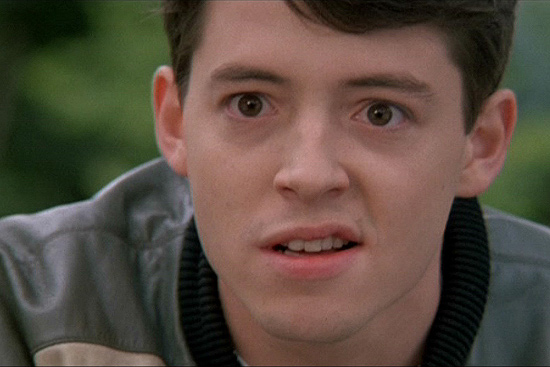 Why we swooned: This popular teenager, ("the sportos, the motorheads, geeks, sluts, bloods, wastoids, dweebies, dickheads...they all adore him") is a "righteous" dude who’s very maparaan. Determined, he wants a day off from school and he makes it happen. His charm and fast-talk able him to get out of the stickiest circumstances-a trait that would make women feel that they’re protected when they’re with him-and to get into the most ideal situations. He is the epitome of a good time.

Dealbreaker: He has no respect for rules or authority. He also has no idea what "delayed gratification" is because he couldn’t even wait for the weekend to have a Chicago adventure. The way Matthew Broderick plays it, it all seems innocently cute and impressively independent, but his habits are planting the seeds. He’s probably going to grow up as a crooked politician-popular with the crowd but marred by his own agenda. 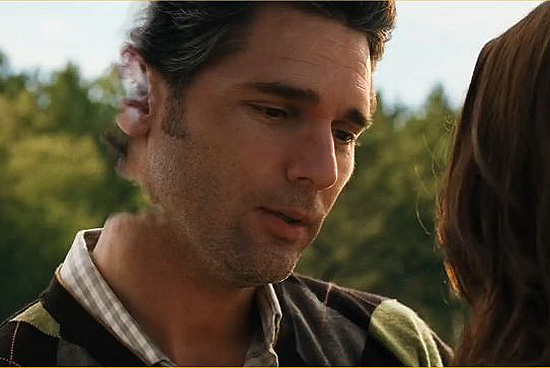 Why we swooned: Despite the confusing time frame, he and Clare were technically childhood sweethearts. There’s nothing that tugs at our heartstrings more than young love that endures the complexities of, you got it, time.

Dealbreaker: Something has to be said about an older Henry constantly visiting a toddler Clare. It’s creepy. As he visits Clare in various points of her life, he also makes it perfectly clear that they end up together, giving Clare absolutely no choice but to just fall for him. He doesn’t give her options. Tsk tsk. There’s also his uncontrollable disappearing act. Who wants a husband that goes away for weeks and weeks-even if it is some kind of strange illness? His genes also caused her to have several miscarriages, endangering her life. 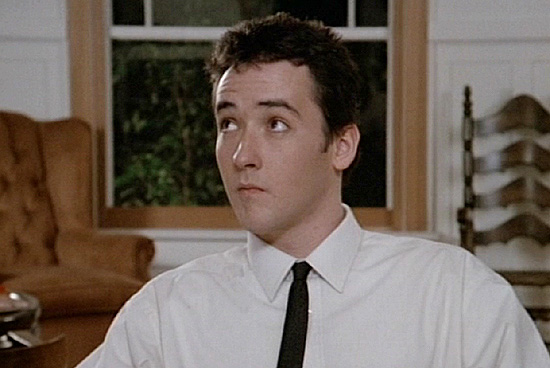 5. Lloyd Dobler of Say Anything (1989)
Portrayed by John Cusack

Why we swooned: He’s Lloyd Dobler. He gets Dianne Court to go out with him. He loves her so much that he’s actually shivering. He’s always checks up on her to make sure she’s all right and he even joins her in England! He’s a responsible young man-why else would they make him key master?  He will always be there for Dianne (hopefully with a boombox).

Dealbreaker: First, he doesn’t believe in curfews; second, he has no idea what to do with his life. This may be okay when you’re 19, but what about when you’re 30 with a family to feed? He knows for sure what he doesn’t want to do, but what about what he wants to do? He wants to be a kickboxer but he doesn’t really know if he’s good or not. Lloyd, are you Georges St-Pierre? Because if you’re not, you might as well sell, buy, or process something. Anything! 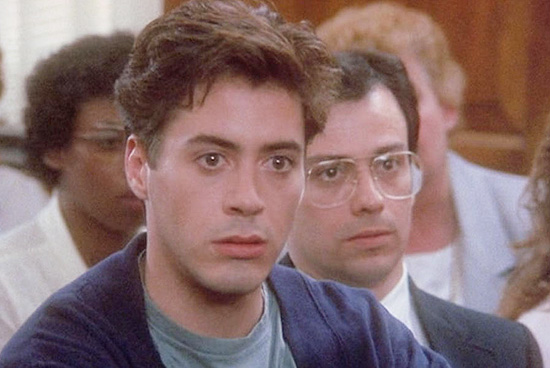 Why we swooned: It’s ’80s Robert Downey Jr. Do we really have to explain? It’s young, innocent love. We don’t want to give too much away, but his character is also a sweet confirmation that death isn’t an obstacle when it’s true love. He’s also a Yale student. Hello, Ivy League.

Dealbreaker: Let’s see, Alex is actually the reincarnation of his girlfriend’s dead father. Gross. When his past-life memories return, he starts wooing his former wife, Corinne, instead! It all ends well, with Alex owning his memories and forgetting the awkwardness that ever happened. He eventually reunites with his age-appropriate girlfriend, Miranda. 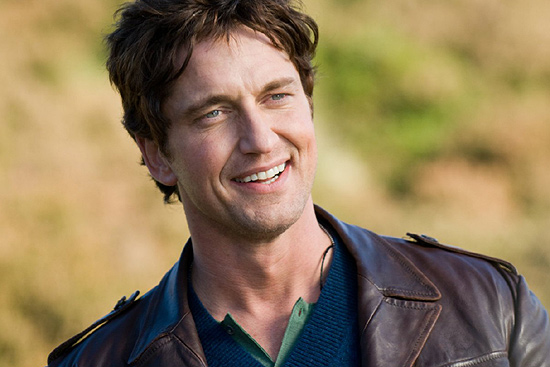 Why we swooned: Some boyfriends have trouble remembering their anniversaries, but Gerry knows and understands everything about Holly. He could anticipate how she would react, what her response would be, what mood she’ll be in. He knows what she would need to move on, and he takes care of it.

Dealbreaker: He’s not the best businessman and his shady investments and uncertain financial future make things in their house tense. Then, there’s also the small matter of him being (spoiler alert!) dead throughout most of the film. It’s creepy to receive letters and recorded messages from your dead husband. 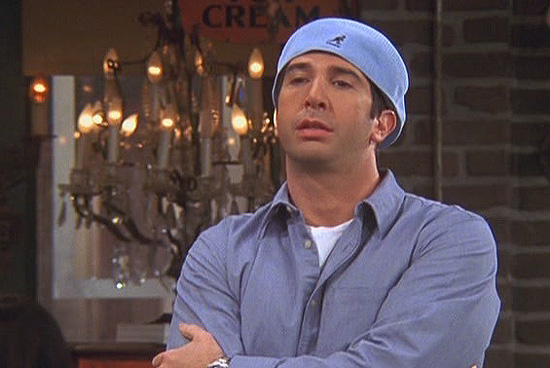 Why we swooned: This is a man who’s in love with love. If nine years of being in love with Rachel Green isn’t loyalty, we don’t know what is. That prom episode still makes us tear up. And what about that bit with the planetarium? They’ve been through a lot together, but he’s still always there for her. He’s a devoted father, a good paleontologist, and an all-around good guy.

Dealbreaker: Let’s see: he tried to make out with his (first) cousin when he was sexually deprived; he kissed Rachel when he was still dating Julie; he cheated on Rachel when they were "on a break"; he said the wrong name at his wedding; he firmly believes that taking flowers, light bulbs, batteries, and shampoo from the hotel is poetic justice; he stole Charlie from Joey; he doesn’t know how to use a tanning machine...He’s been divorced three times and he has one heck of a temper. What if we wanted to take a bite of his turkey sandwich with the moist maker? 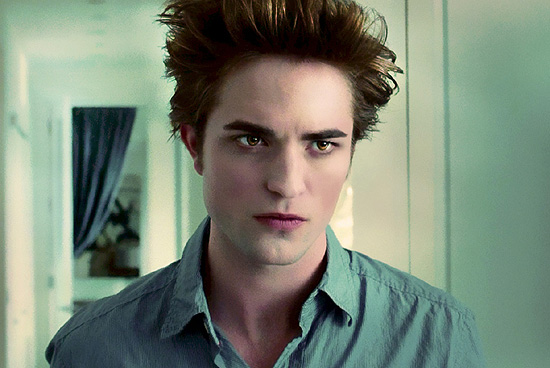 1. Edward Cullen of The Twilight Saga
Portrayed by Robert Pattinson

Why we swooned: He’s so, so, so in love with Bella Swan that he’s willing to ignore his feelings and leave because he only wants the best for her. He protects her, takes her to a totally romantic months-long honeymoon, saves her from a car using his unnatural strength and speed. Plus, he sparkles.

Dealbreaker: Let’s forget that he’s a non-breathing, non-blinking, non-sleeping undead, and focus on his many other repulsive characteristics. He may look like he’s 17 but that doesn’t excuse the fact that he’s over a hundred years old and wooing an actual, impressionable teenager. Then there’s his crazy stalking (when he watches her sleeping), his physically abusive love-making (we’re surprised she only ended up with bruises), his icy skin (that makes you remember that he is the undead). He also left her without much reason, causing her depression. Edward might also trigger a psychotic break by showing up as Bella hallucinates, prompting her to do all sorts of reckless things.