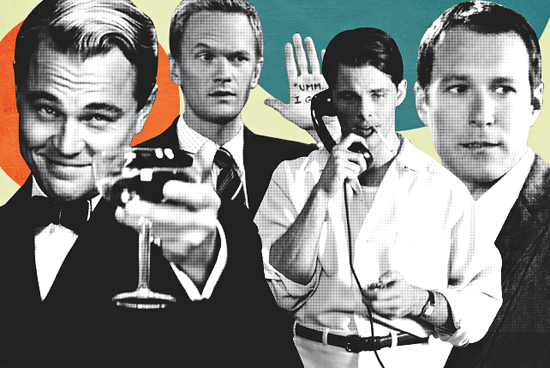 (SPOT.ph) Not all third wheels are bad. As a matter of fact, some of these "Other Men" are so wonderful that we firmly believe their respective leading ladies made the wrong choice not to have chosen them. Honestly, who would pick some rich popular jock over her sturdy best friend? We listed this and other wrongful romantic decisions in our catalogue of fictional men who should’ve gotten the girl in the end. 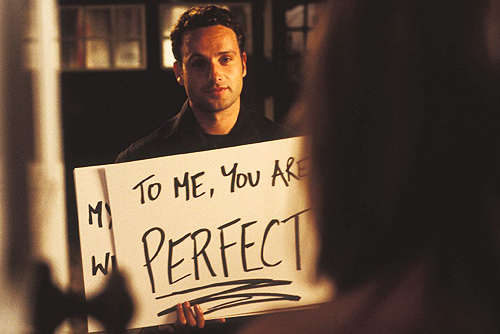 We want to be fair to Chiwetel Ejiofor's character: Peter wasn't exactly fleshed out enough for us to make judgment. We're also obligated to admit that it's Mark's fault he didn't make a move on Juliet in the first place. But that placard thing? It spawned a whole new kind of courtship for wannabe romantics around the world! All Peter did was sit on the couch while Juliet opened the door. 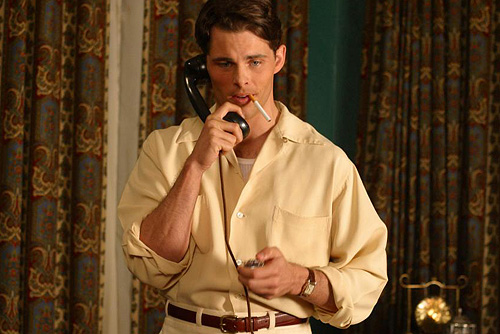 James Marsden is always the other guy, and sadly, he's usually the other guy who gets dumped. In The Notebook, he plays cotton heir Lon Hammond Jr. whose only fault is that he fell in love with a woman who loves someone else. Lon is charming, genuine, with old-fashioned Southern charm. He's a great dancer, a war veteran, and, as a bonus, he's financially stable. The only reason he didn't get the girl was because he didn't build a house-with his bare hands. When that’s the gamechanger, you can’t beat a carpenter. Don't worry, Lon. There are plenty of girls who would appreciate you. 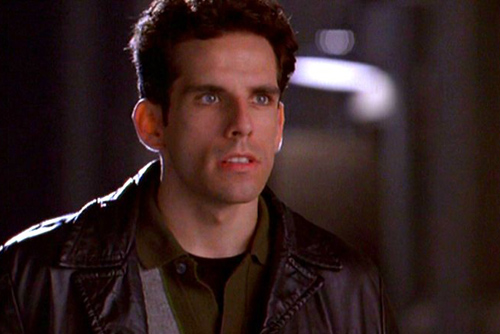 You can bet that Michael Grates is mature enough not to walk away after making love to a woman. Seriously, Troy? You have too many issues. Michael, on the other hand, is steady, confident, and forgiving. Just how many men would date a woman whose carelessness causes a car crash? Plus, he knows how to make the most out of a situation. He turns Troy and Lelaina's messy love affair into TV gold. 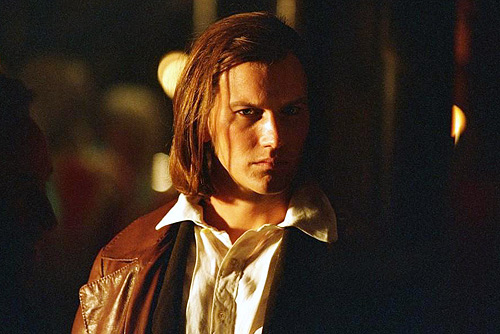 7. Raoul, Vicomte de Chagny in The Phantom of the Opera (2004)
Played by: Patrick Wilson
Lost to: The Phantom

What happens between the final confrontation with the Phantom and the graveyard scene is unspecified, but the gap is actually explained in Love Never Dies, which is Andrew Lloyd Weber's sequel to the acclaimed musical. In the film, it appears that Christine chooses the Vicomte over the obsessive Phantom, but the sequel reveals that their marriage was actually plagued by her devotion to the Phantom; jealousy then caused Raoul to spend all his money drinking and gambling. After a series of catastrophic events, she actually tells the Phantom that her child is his and that her love for him will never die. What? Christine, Raoul is your childhood sweetheart!

The 2004 movie does end with Christine choosing Raoul, but since we know what really happened, we can't help but accuse her of making the wrong choice! 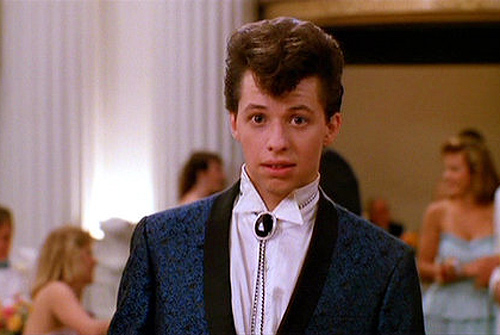 Ah, high school politics. Why are you so cruel? Why couldn't  you give the win to the devoted and loyal best friend? That's the '80s for you because had this movie been made in the noughties, the geeky BFF would've landed the girl because love isn't about looks or status. Duckie, you're simply a man ahead of your time. Might we also suggest a name change? Otherwise, no matter what decade you're in, that name will get you friend-zoned faster than you can quack.

Fun fact: In the original script, Andie chooses Duckie, who was supposed to be played by Robert Downey, Jr. 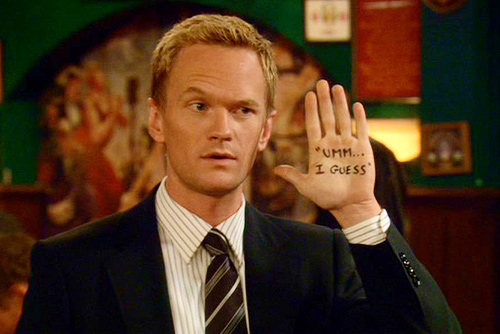 5. Barney Stinson in How I Met Your Mother
Played by: Neil Patrick Harris
Lost to: Ted Mosby

What was the whole point of Robin marrying Barney and Ted looking for the mother when (spoiler alert!) Ted ends up with Robin anyway? Ted and Robin’s love affair was always sweet, but when Barney came into the picture, everything made sense. Barney believes that Robin’s a 10 on the hotness scale, on top of many other endearing qualities, and when he got hit by a bus, it was her face that flashed before his eyes! Maybe there was just no taming the wild debonair.

4. Aidan Shaw in Sex in the City
Played by: John Corbett
Lost to: John James Preston a.k.a. Mr. Big

Carrie Bradshaw's life consists more of a love decagon than a triangle, if you ask us. But a word of advice to the furniture designer: When you go up against a guy named Mr. Big, you're obviously going to lose. Aidan is as steadfast as Big is flaky. He's romantic, traditional, and he doesn't have X number of wives. Wouldn't you want to run your fingers through his hair? Aidan also gave Carrie an engagement ring-which Mr. Big did two years after they got married. It's not Aidan’s fault Carrie couldn't commit. When they meet in Abu Dhabi six years later, it's a sign that fate really wants to get them together! 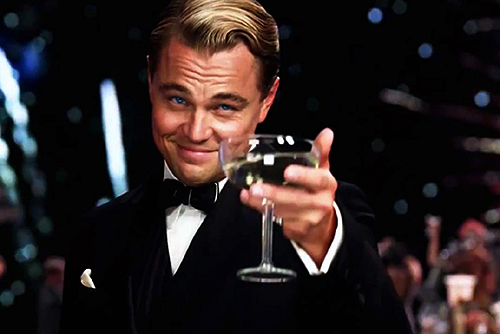 We're going on a limb here to say that Daisy Buchanan doesn't deserve anybody. She's much too dependent on her husband, her husband's wealth, and the glitz and glamour of the times. Jay Gatsby knew he had to be someone to get Daisy's shallow attention (which he unfortunately mistook for genuine love). He makes it to the top, but through dubious means, which doesn't fare well with his lady love. She wants the flapper dresses, the feather headdresses, the parties, and financial stability that Gatsby could never truly promise. He did everything for you, girl! 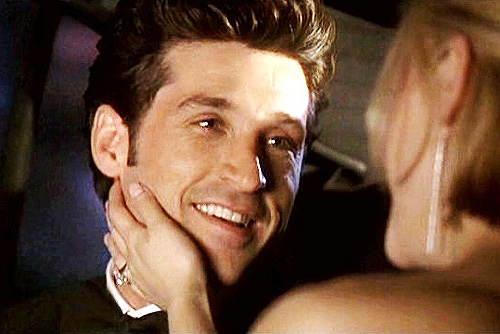 This is just so unfair. How could Melanie Smooter/Carmichael, after leaving her first husband for the Big City, then feeding her current boyfriend lies about her background, deserve two absolutely outstanding, perfect (in their own way), and wonderful men? There's nothing wrong with Jake Perry. He may have had some faults, but he knew that he had to find his own success to win "Felony" Melanie back. But there was nothing wrong with Andrew either. Jake's sweet, but if you're into the suave, cosmopolitan gentleman, Andrew's the guy for you. He wins the award for classiest reaction to being dumped. 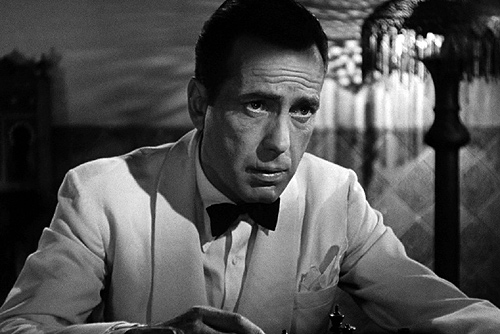 You can't really blame Ilsa Lund. She was married when they met and still is when they meet again a year later. But we also can't blame you for hoping that in some sort of parallel universe, Rick Blaine gets the girl. Despite his bitterness and hurt with her abrupt and unexplained departure during their initial encounter, he still helps her. He's hopeful that she would choose him, and she doesn’t. Because he asks her not to. Sigh. They'll always have Paris.