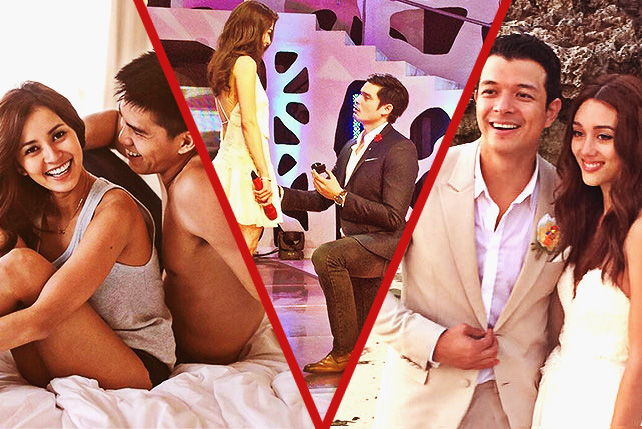 The Juiciest Pinoy Celebrity Hookups and Breakups of 2014

From public proposals to surprising splits, it’s been an exciting year for showbiz. 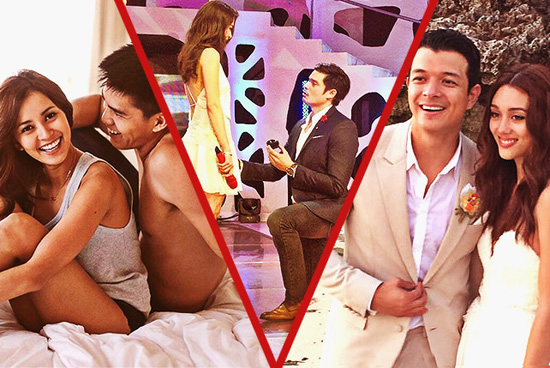 (SPOT.ph) It’s been a riveting year for showbiz, with grand proposals happening left and right, and creative pre-nup photos that peppered our news feeds. Then there are breakups that we may or may not have seen coming, but we all heard about just the same. We round up the biggest showbiz headliners of 2014.

Also read: The Juiciest Hollywood Hookups and Breakups of 2014 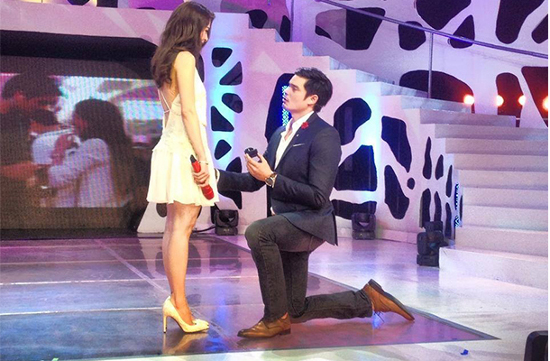 The "Primetime King and Queen" made headlines in August after Dingdong Dantes proposed during Marian Rivera’s live show. It turns out that it was a second proposal, the first one being back in 2012 when he popped the question in Macau. The couple gave fans a sneak peek into their pre-nup photos, Marian had a string of bridal showers around the world (the seventh one was on Eat Bulaga), and well, we’re just counting down the days to December 30 at this point. By the way, they even have an official wedding site. 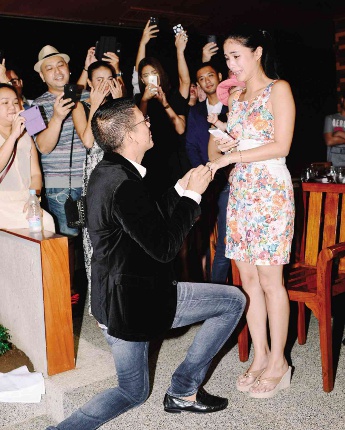 Photo via The Philippine Daily Inquirer

Another big celebrity proposal in August came in the form of Senator Chiz Escudero and Heart Evangelista, which took place in Sorsogon with friends and family. The couple met with some, er, scheduling issues in September when TV host Cesca Litton’s wedding was supposedly "bumped off" to accommodate the former’s February 14 nuptials in Balesin. Their final date? February 15. 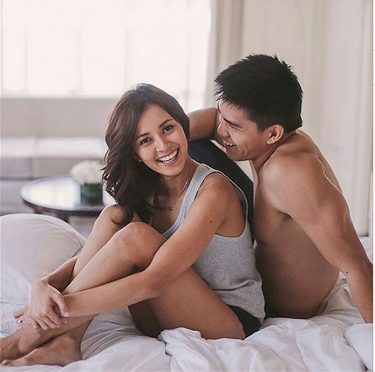 However you might personally feel about public proposals, there are celebrities out there who don’t really mind them. Take basketball player JC Intal, for instance, who proposed to TV host Bianca Gonzalez at NAIA Terminal 2. The couple was serenaded by singer Prince Valencia, as JC dropped down on one knee to pop the question. On December 4, the couple exchanged vows in an intimate ceremony at El Nido, Palawan. 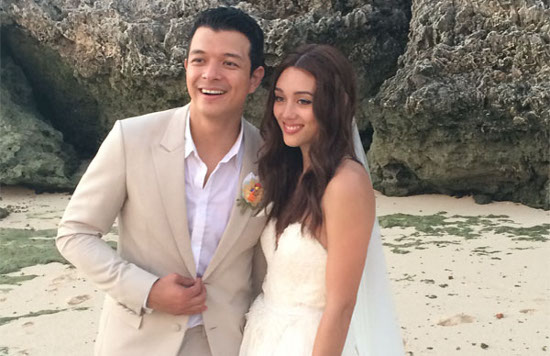 Photo via The Manila Bulletin

After getting engaged in August last year, Jericho Rosales and Kim Jones finally tied the knot in a romantic beachside wedding in Boracay. Its theme? Their shared love for surfing and the sea, of course. 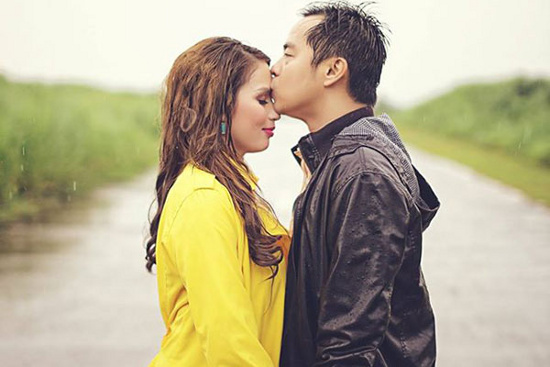 After moving past a sex scandal controversy in 2013, Parokya ni Edgar frontman Chito Miranda pulled out all the stops to propose to his girlfriend, Neri Naig. He set up a fake music video shoot that was supposed to star Neri, and in the middle of the "shoot," asked her to marry him. Their wedding isn’t until December 14, but their rainy pre-nup shoot should tide fans over till then. 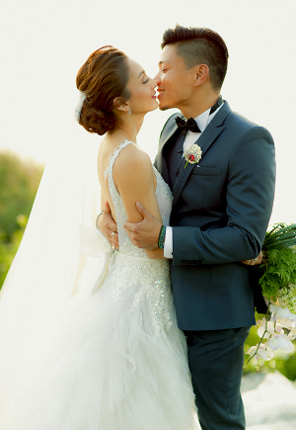 Photo via Bride and Breakfast

It was a wedding that delighted fans (or anyone who happened to catch the adorable road trip-themed pre-nup photoshoot) everywhere. After years and years of dating, the couple finally exchanged vows in Nasugbu, Batangas early this year. 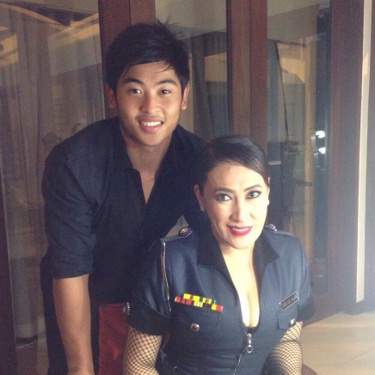 Here’s a celebrity couple that raised plenty of eyebrows in 2014. A 20 year-old badminton player from La Salle named Gerald  Sibayan made headlines when he confirmed that he was dating 50-year-old comedienne Ai-Ai delas Alas. Their relationship is pretty new, but Ai-Ai has vowed that it would be her last. 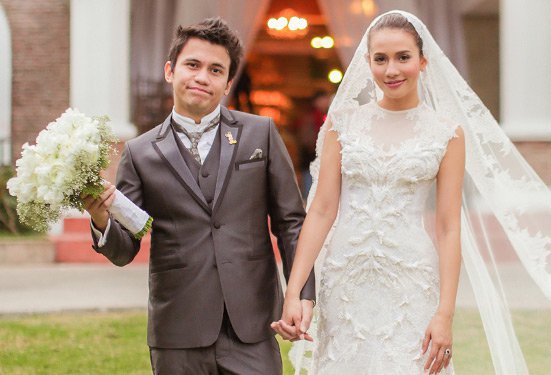 It was a star-studded ceremony for Spongecola frontman Yael Yuzon and TV host-slash-singer Karylle, who got hitched in March. The impressive entourage included Kris Aquino, Kim Atienza, Martin Nievera, and Sharon Cuneta. If Instagram photos aren't enough for you, how about a wedding music video? 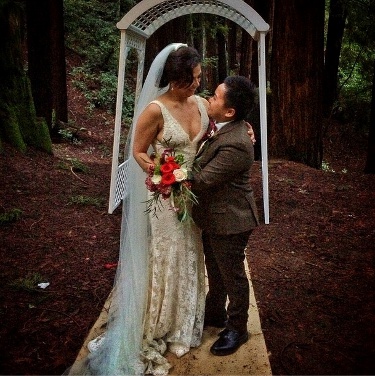 After a very public (but very romantic) onstage proposal in February, Aiza Seguerra and Liza Diño exchanged I do’s" in a small, private ceremony in California on December 8. Check out their DIY wedding preparations via Instagram posts from the newlyweds. 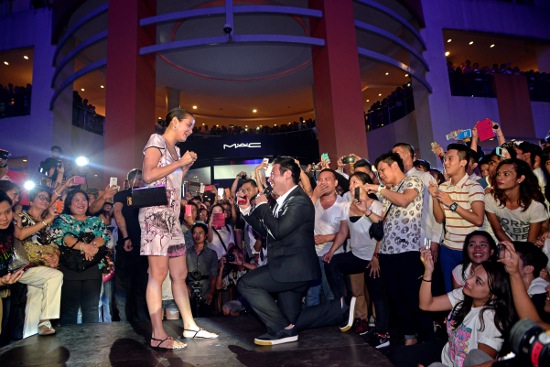 Eastwood City (and later, pretty much everyone else) was abuzz after John Prats’ flash-mob proposal to girlfriend Isabel Oli, which the former has said took two months to prepare. The celebrity couple is looking to marry during summer next year. 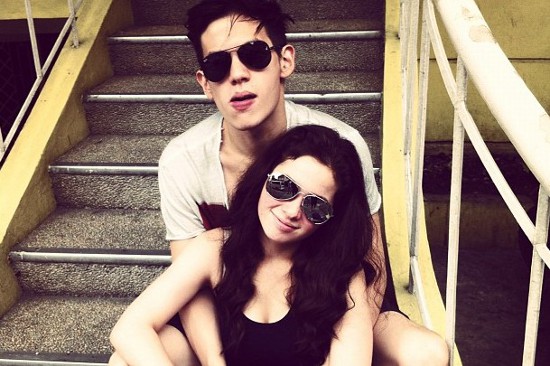 In one of the messier celebrity splits this year, Andi Eigenmann broke off her relationship with Jake Ejercito after a photo of him kissing another girl circulated online. She also claimed that he "stopped replying to her" after her father, veteran actor Mark Gil was hospitalized. Jake, meanwhile, has admitted his shortcomings, and called Andi his "greatest love." 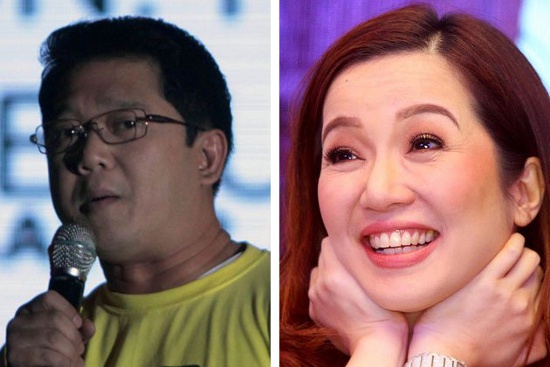 This relationship that ended just as quickly as it began could be perfectly summed up in two words from the Quezon City mayor himself: " Pak, naudlot." They weren't even in the "official" stage yet. 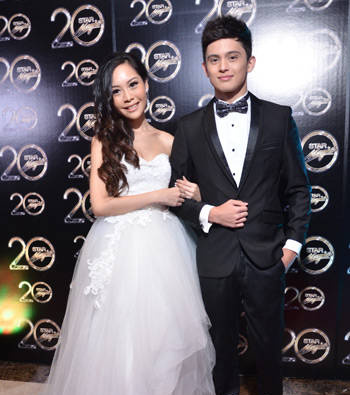 We continue our string of bad breakups with James Reid who has said it was "better that way for everyone." Newcomer Ericka Villongco, his girlfriend before he hit it big with on-screen love team Nadine Lustre, said that James initiated the split because he wanted to take his career seriously. 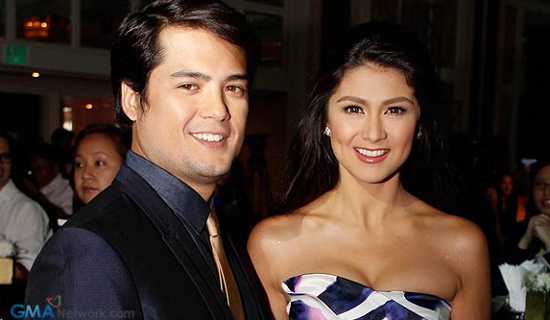 In April, actress Carla Abellana parted ways with her boyfriend of four years, Geoff Eigenmann, mainly because they didn't "share the same values." Geoff's mother, veteran actress Gina Alajar, has cited conflicting religions as a major reason, which Carla later denied. She is currently linked to her My Husband's Lover co-star, Tom Rodriguez. 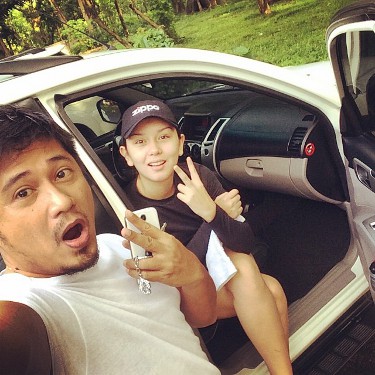 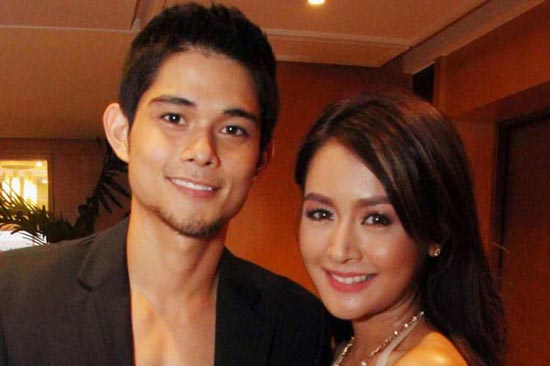 You know it's going to be an awkward breakup when it's done over text. Actor Carl Guevara admitted that the relationship ended through a text message, after the two allegedly didn't speak for about a week. Oh, you kids. 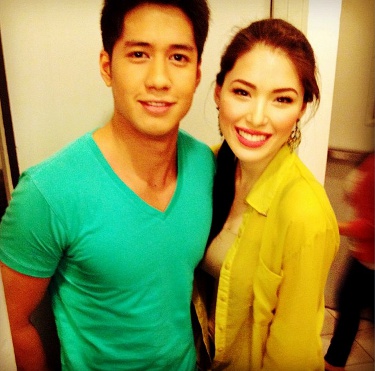 If you haven't already gotten it by now, celebrity hookups and breakups are pretty much connected, one way or another. A prime example: The split between Kylie Padilla and Aljur Abrenica was due to rumors linking the former to her co-star, Geoff Eigenmann. Aljur, on the other hand, was the supposed third party in the breakup between... 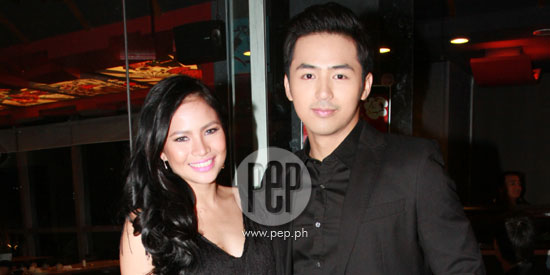 It's starting to look a lot like a Gossip Girl episode around here. Enzo, meanwhile, has moved on to making indie films. 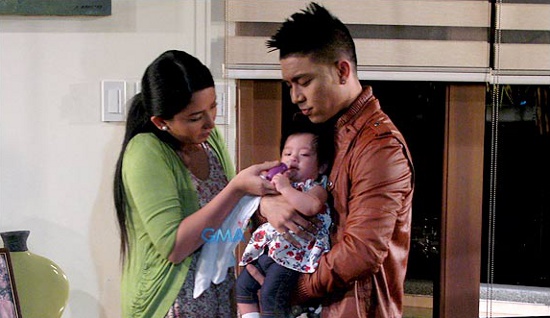 After five years and one child together, Katrina Halili decided to break things off with R&B singer Kris Lawrence in January. In an interview, she explained that she felt neither of them have matured throughout their relationship. 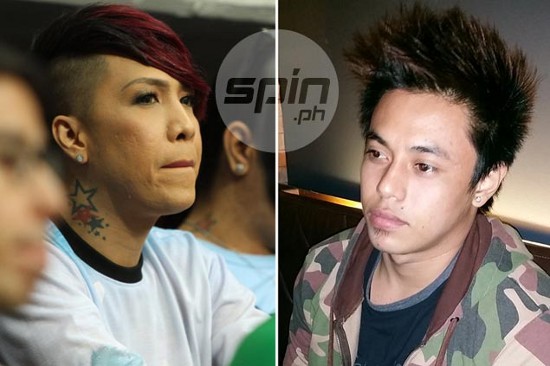 In May, Vice Ganda confirmed splitting with his non-showbiz boyfriend, supposedly PBA player Terrence Romeo. Without divulging names, the comedian hinted at the breakup with tweets that purposely capitalized the initials "TR." Terrence, however, denied the relationship amid allegations that he received gifts from Vice Ganda, including a car and a condominium unit.

Also read: The Juiciest Hollywood Hookups and Breakups of 2014

Entertainment Hookups Breakups
Your Guide to Thriving in This Strange New World
Staying
In? What to watch, what to eat, and where to shop from home
OR
Heading
Out? What you need to know to stay safe when heading out