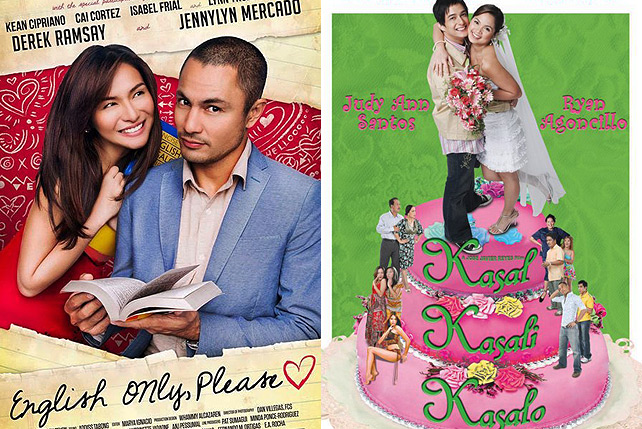 Feeling down in the dumps? Here are some movies that’ll cheer you right up. 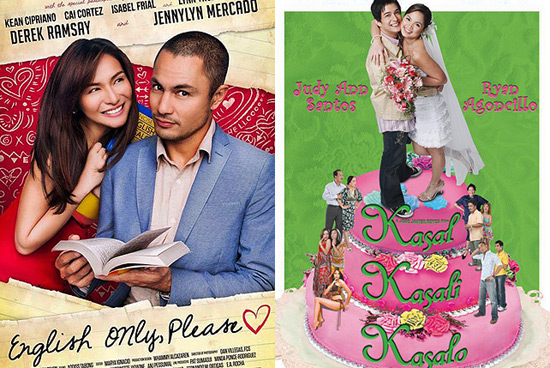 (SPOT.ph) When you’re feeling down, there’s no better (or easier) pick-me-up than a feel-good movie. Sometimes it’s a romcom, and sometimes it doesn’t have to be. It might make you laugh, think, or even cry, but a great feel-good flick will always leave you feeling a little happier. You don’t have to look very far to find a movie that will put a smile on your face. Filipino movies have their fair share of the fun, upbeat, and hilarious, and we rounded up just some of the best ones out there.

Recommend your favorite feel-good Pinoy movies in the comments section!

The Chinese tradition of employing women to cry for the dead is waning, but Wilson Chua (Eric Quizon) and his family are determined to give their patriarch a proper send-off. He hires Stella (Sharon Cuneta), a second-generation crier who has just lost custody of her son. She then recruits two of her friends: the pious but adulterous Choleng (Angel Aquino) and former B-movie actress Aling (Hilda Koronel).

Why you should see it: 10 years since its theatrical release, director Mark Meily’s film is still as heartwarming as ever. It’s a comedy full of wit, hope, and colorful but recognizable characters.

A talkative Lianne (Kris Aquino) becomes fast friends with Osmond (Eric Quizon) after meeting at a gay pride parade during the ’80s. The inseparable duo’s friendship spans 30 years as they help and support each other even through life’s toughest moments (and there are quite a bunch of them).

Why you should see it: It’s a story about enduring friendship. What’s not to love?

Filipino-American Julian (Derek Ramsay) has one goal in mind: to perfectly deliver a very angry Tagalog-translated letter to the ex-girlfriend that broke his heart. He then hires Tere (Jennylyn Mercado) to help him. It’s an engaging romantic comedy that hits all the right notes of laughs, heartache, and delightful characters.

Why you should see it: Sure, the second installment of Praybeyt Benjamin may have raked in the box office gold, but English Only, Please definitely deserves all the praise it’s been getting. We can’t wait for its DVD release!

To mend his broken heart, a timid gay man named Adrian (BB Gandanghari) leaves the big city and heads to the province to start anew. After he gets hit on the head by a strange rock, he ingests it a la Darna, and turns into superheroine ZsaZsa Zaturnnah (Zsa Zsa Padilla). The mighty ZsaZsa takes on a series of threats, including a hoard of zombies and men-hating "Amazonistas." The film is based on Carlo Vergara’s hit graphic novel.

Why you should see it: Even if it didn’t win any awards during the 2006 Metro Manila Film Festival, it was recognized in the prestigious Manunuri ng Pelikulang Pilipino (Urian) that year with eight nominations, where it won Best Actor and Best Music.

It’s a story told in three parts: from how Angie (Judy Ann Santos) and Jed (Ryan Agoncillo) meet and fall in love despite being total opposites, to the engaged couple trying to survive their meddling parents during their wedding preparations, and later, their issues as man and wife. It’s a simple tale strengthened by a solid cast and hilarious script.

Why you should see it: The film is an honest, insightful, and very funny portrayal of in-laws and relationships, which only hammers in the notion that you don’t just marry your partner. You marry into a family...and everything else that comes with it.

Part of the magic of Zombadings is that it manages to make polarizing genres meet and pulls it off. Six-year-old Remington is, well, a little sh*t that likes to scream homophobic slurs at random passersby-at least until he insults the wrong person. He is cursed to turn gay when he turns older, and the only way to break it is to find a "real man" to take his place. Throw in a bit of zombies, a serial killer targeting the town’s gay population, and you’re in for a good time.

Why you should see it: Don’t be fooled by the title. At the heart of its cheesy but entertaining goodness is the message to be yourself, whatever that may be.

The franchise’s two later films aside, Kimmy Dora is one of those flicks that can be enjoyed with every rewatch. Think of it as slapstick comedy that’s been upgraded. Eugene Domingo plays both titular characters: Kimmy is a mean and domineering top executive, while Dora is her kind but dim-witted twin sister. The story takes off when Kimmy is kidnapped, and poor Dora has to pretend to be her sister while the former is gone.

Why you should see it: Looking for nothing but a good, long laugh? This movie is your best bet, with plenty of quotable lines and surprising celebrity cameos. Just sit back and have fun.

Joey (Christopher de Leon) is a carefree kid with no direction, while Ana (Hilda Koronel) is the girl who steals his heart and finally brings meaning to his life. The plot twist? She’s married. Take all of that, add some unforgettable music, set it in scenic Baguio City, and you’ve got yourself a film that will make you want to fall in love again.

Why you should see it: Before the kilig Pinoy romcoms of today, there was this 1977 gem from director Mike de Leon that still shines with the passing of time.

This 1984 classic is a two-part comedy film that spoke to an entire generation. Your last year in high school can be turbulent, but that doesn’t mean it will be any less memorable. Five young boys navigate their senior year with a lot of romance, misadventure, and family problems.

Why you should see it: More than just a throwback to the kids who grew up watching the movie, its universal theme of friendship and growing up will still resonate with viewers today.

All great love stories begin with a chance encounter. This time it’s in an airport where Mace (Angelica Panganiban) is struggling with excess baggage charges. Anthony (JM de Guzman) is the other plane passenger who helps her out. This kicks off an adventure from Rome to Manila, then Baguio and Sagada. Director Antoinette Jadaone’s film bagged her a handful of awards in the Cinema One Originals film festival awards, including Audience Choice Award and Best Actress (for Panganiban).

Why you should see it: Think of it as our answer to films like Before Sunrise; a tale of two lost souls set in a sweeping landscape, then elevated with clever but thought-provoking banter. The best part? The movie’s Facebook page says it’s slated for nationwide release on February 4.

Movies Pinoymovies Feelgood
Your Guide to Thriving in This Strange New World
Staying
In? What to watch, what to eat, and where to shop from home
OR
Heading
Out? What you need to know to stay safe when heading out