PHOTOS: A Preview of Gabriel Barredo's Opera at Silverlens, opening on January 17
Loading
Already a member? Log in
No account yet? Create Account
Spot.ph is your one-stop urban lifestyle guide to the best of Manila. 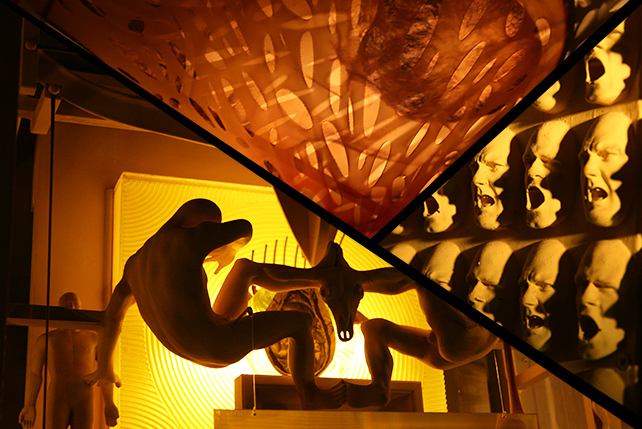 PHOTOS: A Preview of Gabriel Barredo’s Opera at Silverlens, opening on January 17

An exclusive sneak peek into a much-anticipated exhibit 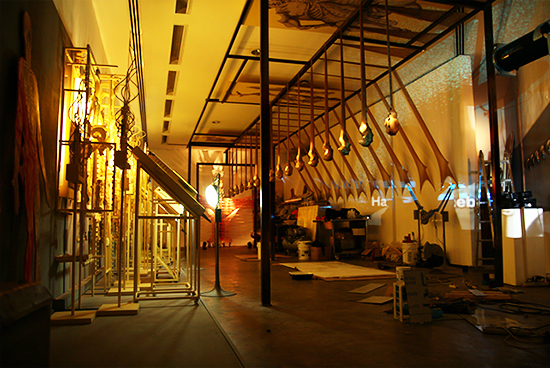 (SPOT.ph) The altar to the macabre-"Asphalt"-from the first Art Fair Philippines was enchanting. On January 17, you are invited to visit an entire church-surgically assembled by Gabriel Barredo in Silverlens.

Everything we felt while walking around the exhibit for a special preview can be distilled into one word: wow. We can't make an article with just that measly, three-letter announcement of awe...and it wouldn't be fair to Barredo. Everything he invested Opera is manifest. 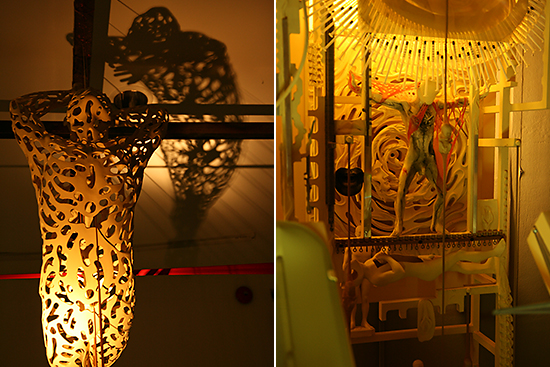 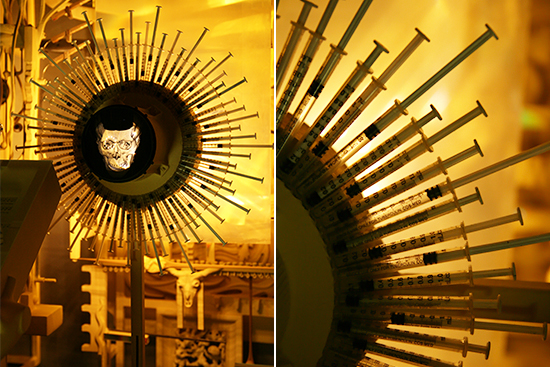 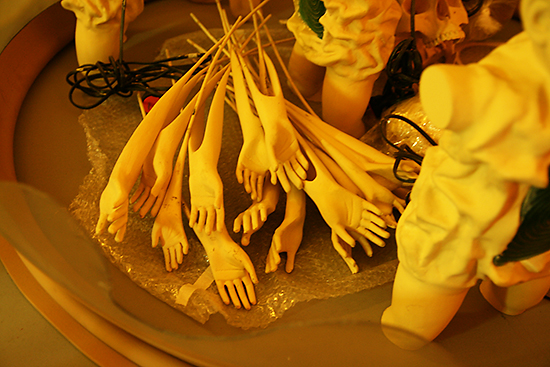 There's a seemingly endless sea of oddments to explore and yet, it does not overwhelm. There were still little details being added to the opus while we had our sneak peek, but already we were witness to the precision and cohesion that pushed us to keep exploring. Each step we took and turn made just revealed one more thing to marvel at.

By the time we had a chance to chat with Barredo and Silverlens founder Isa Lorenzo, we were already helplessly wonderstruck...until we heard the man behind the art say, "I've always wanted to do an exhibit with Silverlens, but I felt like I wasn't good enough."

His sobering humility was met with laughter from Lorenzo, who was evidently used to Barredo undervaluing his genius. He even apologized to Lorenzo, because he felt that this exhibit is not a "selling show." To be clear, it is very much a selling show. 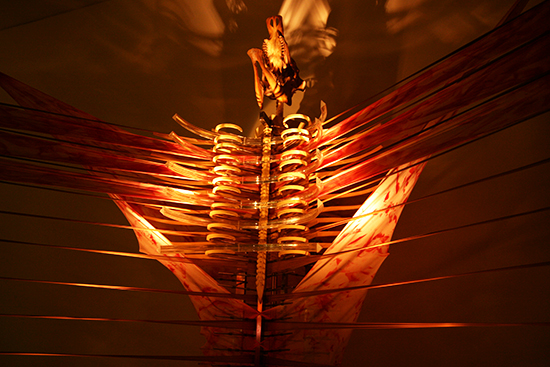 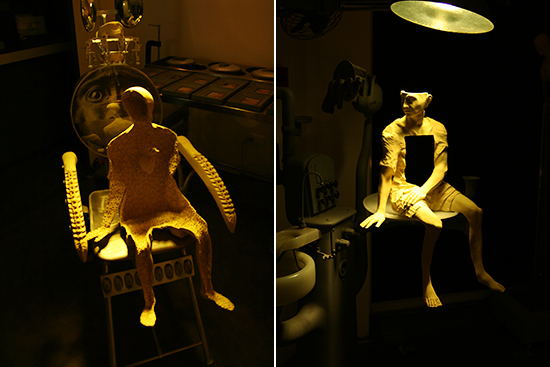 Eager as he is to show people things that fascinate him (like revealing that he drew inspiration for his open rib cage installation from a stack of plates from Mandarin), the shyness that we read about became apparent when we tried to record our conversation. Barredo immediately inched away, saying, "Ay, naku. Ayan na."

We put our recorder away and merely enjoyed the conversation, with Barredo sharing that he gravitated towards assemblage as a young boy because he couldn't afford materials and, realizing that he was gay early on, he recounted the difficulties of the dissonance between who we are and what people preceive us to be. 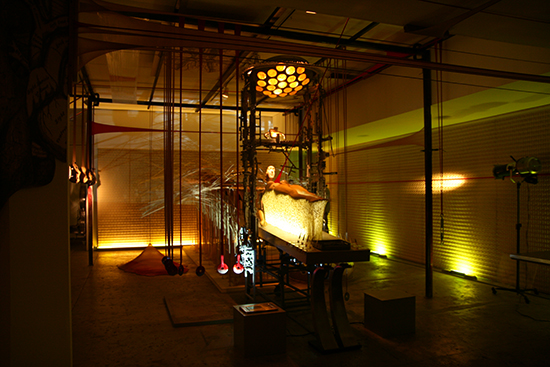 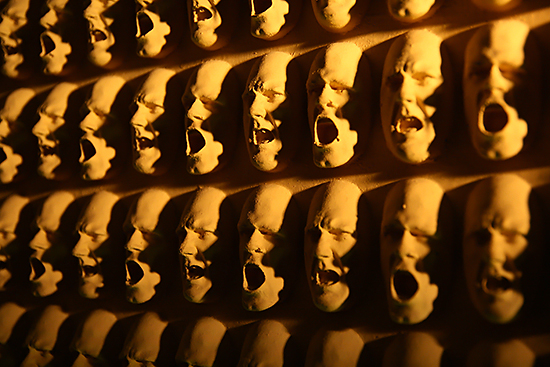 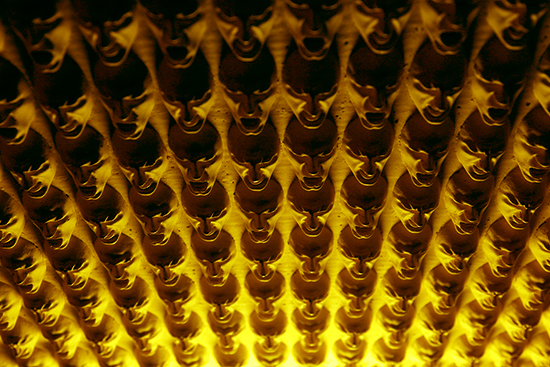 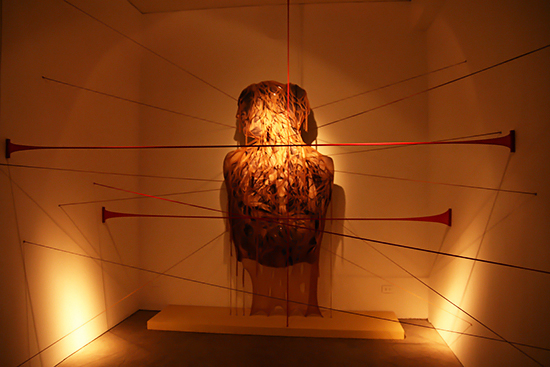 In an earlier article, we quoted past features describing Barredo as reclusive. Having met him, we realize that it might not be the appropriate word. Genius comes to mind again, because only someone with the right amount of experience and dedication can pull off a show like this without making a mess, but he's not entirely reclusive. Instead, we find that there must be something in Barredo that recognizes the fact that the shell we inhabit sometimes feels like a cage. We are living, breathing "Treachery of Images."

In Opera, Barredo dissects the body. This is what we are inside. Is it who we are?

Gabriel Barredo Silverlens Art Opera
Your Guide to Thriving in This Strange New World
Staying
In? What to watch, what to eat, and where to shop from home
OR
Heading
Out? What you need to know to stay safe when heading out