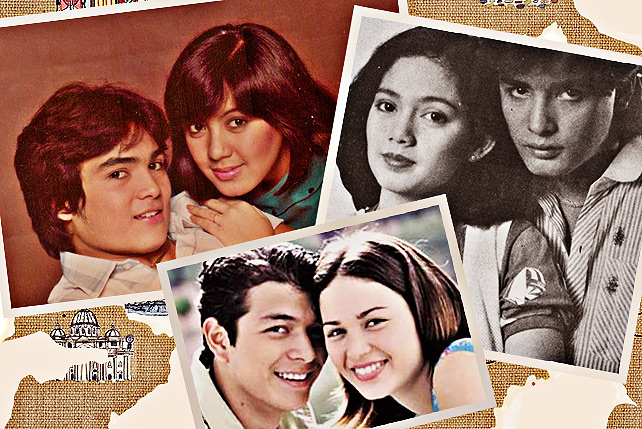 10 Love Teams That Need to Get Back Together

In the spirit of V-Day, we want the kilig back on our screens! 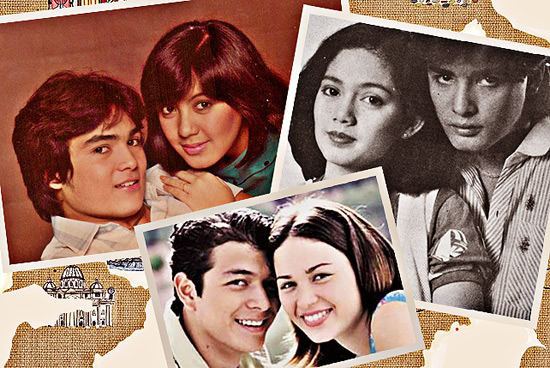 (SPOT.ph) There are some things that last long after the end credits roll...like love teams. The chemistry between these couples transcended their kilig storylines, the catchy theme songs, and even time itself. Like the recent Marvin-Jolina and Richard-Dawn reunions, we round up 10 love teams that we want, nay, need back on our screens. Hey, if we can dream of a Guy and Pip reunion, we can certainly dream of these.

Which love team would you want to see reunite? Tell us in the comments section below!

First appeared together in: Pangako Sa’Yo

Why they should reunite: Has it really been over 10 years since Pangako Sa’Yo first aired? We still swoon whenever we think of Angelo and Yna. They were such a beautiful couple on-screen that their fans rejoiced when their reel love translated to real life. Even if they eventually called it quits, the clamor for a reunion project still resonates to this day. Both Kristine and Jericho have said they’re open to the idea, so we’ve got our fingers crossed.

First appeared together in: Dear Heart

Why they should reunite: These two were the love team to beat in the ’80s. Ardent fans everywhere were more than thrilled when they took their chemistry to another level, and got married. Unfortunately, hearts also broke when they separated in 1987 after four years of marriage. Their last movie reunion was 24 years ago. It’s long overdue!

Why they should reunite: These two were best known for their fun, on-screen squabbles, proving that great, fictional love doesn’t need sexy mistresses or scheming parents to have us glued to our seats. Sure, there was always a little drama along the way (as all romances go), but we will always miss the laughs they gave us.

Why they should reunite: Judy Ann Santos and Wowie de Guzman broke the mold when they first appeared in Mara Clara. Since then, their unconventional pairing garnered a steady and devoted following. Maybe because they were so relatable. We’re not going to lie, we miss seeing that on our screens.

Other memorable projects: My First Romance, One More Chance, The Mistress

Why they should reunite: Oh, these two. Where do we even begin with these two? Their chemistry is off-the-charts, whether it’s a hit telenovela or a heart-wrenching film that we can still quote verbatim to this day (we’re looking at you, One More Chance). There’s a reason why this love team flourished for over 10 years. The people want more!

First appeared together in: T.G.I.S.

Why they should reunite: Ah, the ultimate did-they-or-didn’t they. The authentic love story between Peachy and Wacks had us running to our TV sets every Saturday, but it was the possibility of real romance that kept us and this small-screen couple going. They were last seen in GMA 7’s youth-oriented show Teen Gen in 2012, but we think it’s time for a more age-appropriate story for this reunion.

Why they should reunite: Their real-life romance was as, if not more, tumultuous and fascinating as their on-screen relationship. An 18-year-old Janice de Belen shocked audiences when she announced on primetime television that she was pregnant with 17-year-old Aga Muhlach’s child. Aga also proposed to her, but she refused because they were too young. Then there was his father, who was against the whole thing. It was all very dramatic, which makes us wonder-would they still work as a love team now? Their history would, at the very least, make us curious enough to check it out.

First appeared together in: You are the One

Other memorable projects: My Only You, My Big Love, You Got Me!

Why they should reunite: Their movies were less of the drama, and more of the funny and feel-good, which we can always appreciate. It was a love team that also spawned a duet album, and a reunion (of sorts) in 2013’s Four Sisters and a Wedding. Oh, and those darned dating rumors also helped cement their appeal.

Why they should reunite: We remember their movies as teenagers who fought for their love, and what’s more romantic and appealing than that? The 2002 series Habang Kapiling Ka brought them back together and, well, it was another story of love against all odds. Sometimes, that is more than enough. We also miss seeing how gorgeous they look together.

First appeared together in: The Sensations

Why they should reunite: Perhaps no love team felt as real or authentic as that of Bobot and Vi’s. There was just something about their effortless on-screen tandem that made us love their romantic comedies a little too much-they had 14 movies together in one year! Hey, another one wouldn’t hurt.