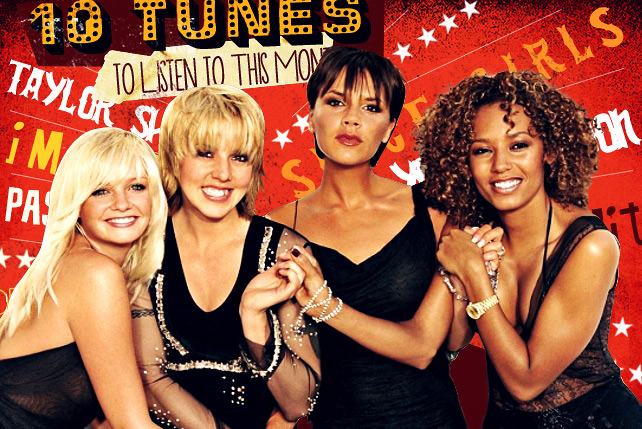 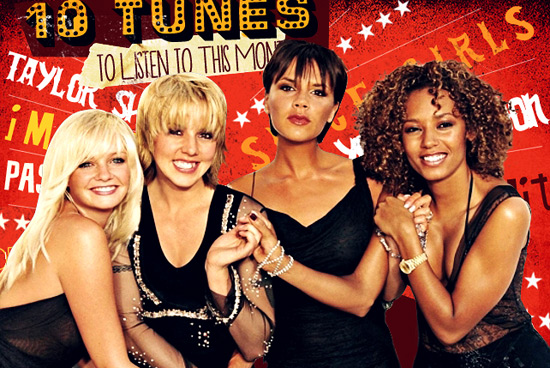 Sometimes good things happen on the Internet, like the leak of four new tracks from the Spice Girls. The ’90s girl group’s single "If It’s Lovin’ On Your Mind" brings back their sexy, feisty pop vibe we all miss. Ginger Spice (Geri Halliwell) didn’t lend her vocals for this and the other songs, but you’ll love how the rest of the girls sound. Sporty Spice’s (Mel C) sultry vocals especially stand out here.

Fun fact: "If It’s Lovin’ On Your Mind" was leaked along with three other unreleased songs from the Spice Girls’ 2000 album, Forever.

Song: "Then Was Forever"

Mayumi Gomez, Imago’s new vocalist, proves worthy of her spot-one that was once held by Aia de Leon. "Then Was Forever," the band’s latest single, is a catchy pop-rock track filled with infectious vocals and melodies.

Fun fact: The single was produced by Raymund Marasigan.

Aside from Tay-Tay’s overall perfection, we can’t get that catchy guitar riff out of our heads. "Style" is classy, sensual, and dance-y. We can safely assume it’s about her ex-boyfriend Harry Styles, but it’s an anthem you can totally own as you go on that roadtrip this summer.

Fun fact: The music video for "Style" features a close-up shot of a paper airplane necklace, similar to the one (if not the exact one) given to her by ex-boyfriend Harry Styles.

Scarlett Johansson has already put out two albums, one of which is a collaboration with Pete Yorn. Recently, however, the singer-actress gathered her fellow female musicians to form the Singles and release the track "Candy," a cheeky, electronic ultra-pop ditty that, in the first few seconds, will remind you of that one Robyn song.

Hip-hop and ambient neo-soul artist June Marieezy and producer Justin de Guzman pair up to bring you an entrancing and groovy R&B tune fit for summer. Find yourself swaying to its spot-on beats and flawless vocals.

Fun fact: The band’s new album, Kindred, is set for release in April and can be pre-ordered on iTunes.

Local producer SOUL_BRK just released a four-track EP titled Black. In it is "Dominique," a sexy, sonic tune that will take you to a new dimension. It’s controlled but not predictable, intricate but not overwhelming.

Electro-pop duo Purity Ring is out with a new album, Another Eternity. They have been known from their last record to produce otherworldly tracks, but their latest single, "Bodyache," sounds more pop. It’s more radio friendly, and could be indicative of more experimentation from the duo.

There’s so much beauty in the richness of "Waves (Mal De Debarquement)," from the beats to the synths to the varied noises. It’s like a harmonious meeting of nature, modernity, space, and the otherworldly.